Through his paintings of transportive spaces, the artist charts a journey from St. Louis to the global stage. 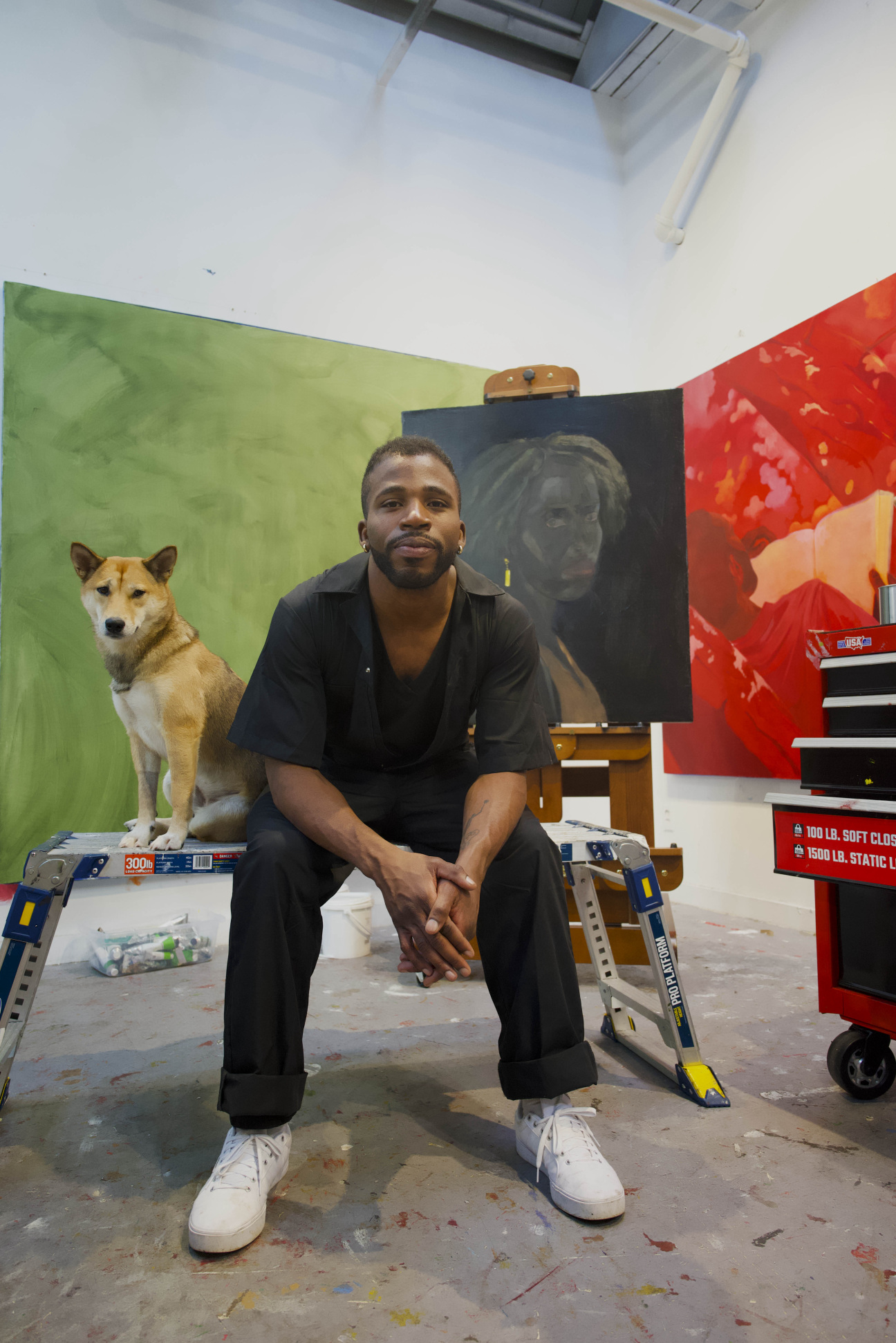 In the near-decade since Dominic Chambers, 29, set off on his artistic journey, he’s never had the opportunity to present his artworks with his family in attendance. However, that’s about to change with his upcoming solo show at the Contemporary Art Museum St. Louis. “As I’m coming home I’ve been thinking about my relationship to certain spaces,” says Chambers. “In St. Louis I grew up in the hood; if you were thinskinned, you wouldn’t survive there. I’ve been interested in transportive spaces: trains, libraries, and basketball courts. I’ve started thinking about what all these spaces have in common and what they represent to us as the Black community.” As we speak, Chambers’s Shiba Inu, Mars, barks in the background. “I’ve also been really inspired by poets lately. I love the way poets utilize their prose to depict imagery.”

While still at the Milwaukee Institute of Art and Design working on his BFA, Chambers completed a residency at Yale. He applied to the university’s graduate program but was rejected. In the meantime, he took on odd jobs in fashion and as a chocolatier. “I developed a new body of work, with no resources. I wasn’t making paintings, I just did a bunch of drawings. I had to rely on my own voice, outside of an institution. Those drawings were significant because they were the first things that came directly out of my own imagination. They spoke to my commitment to my craft. Every artist needs to have that moment where they feel validated—not by the outside world, but by themselves.” After reapplying, Chambers received his Yale MFA in 2019.

This period of self-exploration reframed how he approached his later work. It allowed him to delve deeper into his interest in Blackness and the surreal; resolve anxieties around his practice; and deal with remnants of self-ambivalence from his childhood. He appears less driven by a search for acclaim now. An aura of lucidity permeates his new works. He opines: “You leave things around because they were part of your creative interest or intrigue. You aren’t looking for an answer. My works have already taken me to places that exceeded my own imaginations. They’ve shifted my material reality. As long as I’m on that creative train, I’m not necessarily interested in a destination—as long as wherever I stop along the way, I leave something significant behind.”