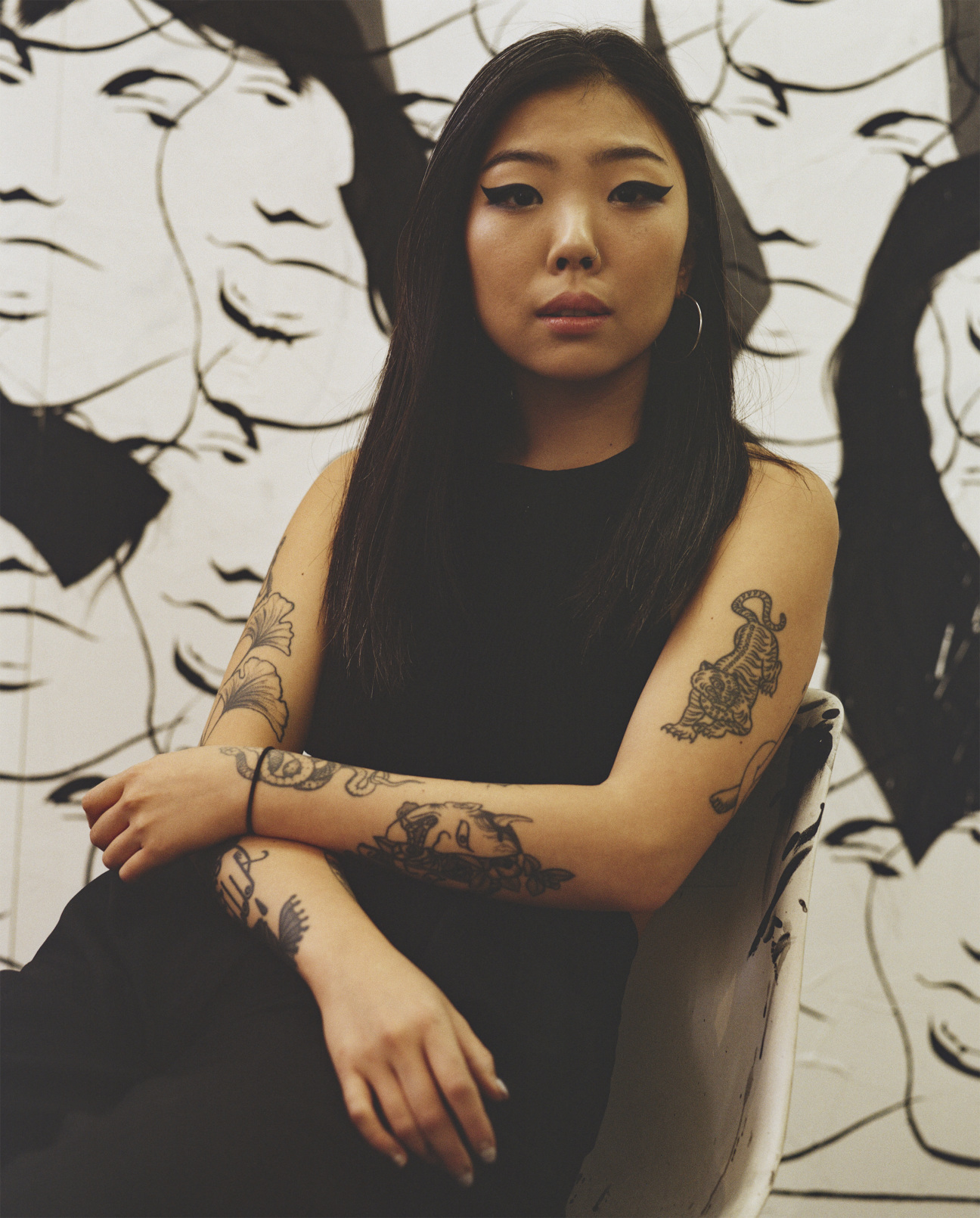 Anna Park, 26, was born in South Korea and brought up in Salt Lake City, Utah, where her mother, a pharmacist, encouraged her love of art with after-school classes. One day, local art teacher Bruce Robertson saw one of Anna’s drawings on display at a mall and got in touch with her school to invite her to attend his weekly life-drawing classes. Before long, she had set her heart on a creative career, and dreamed of working at a major animation studio like Pixar. She went on to study illustration and animation at Pratt—but halfway through, she felt the allure of a life as an artist and left for the New York Academy of Art. That’s where Bill Powers spotted her drawings in 2019: “The school had installed roughly 40 pieces from the AXA Art Prize new student art competition,” the art dealer explains. “One drawing in particular struck me as haunting and equally comical: Anna Park’s Parent Teacher Conference was one part Bacchanalia and two parts The Walking Dead.” That formula proved to be fruitful; her first-ever solo show at Powers’s Half Gallery in 2021 was a sold-out success. She's since joined Blum & Poe, with whom she’s had solo shows in Tokyo and Los Angeles, where she is currently exhibiting until Dec. 17.

Park’s large dynamic virtuoso charcoal drawings are cacophonous impressions of American dreams: a celebrity with a glowing white smile mobbed by news reporters; fragmented figures swirled into stars and stripes; wedding cakes and bouquets sliced up into patterns. Violins, motorcycles, cowboy hats, and excited faces emerge from bold movements that engulf the viewer in disorientating, unfurled time and space. It’s a breathless new American form of Cubism. The Americana comes from Utah and the chaos from her New York home. Her churning, tumultuous, hand-drawn explosions also channel the unstopping waterfall flow of information and entertainment that powers the contemporary. Her subject is our country, our phones, the way we live now. These are drawings you can stare at for a really long time; after awhile, they’ll begin to reveal themselves to you, her characters will come to life, and her stories will stream around you.