"A shadow is never pure black,” says Pierre Hardy, creative director of Hermès jewelry. “It takes color, depending on the light source.” Citing artists like Caravaggio, whose use of chiaroscuro took the technique to a new level, as well as less apparent practitioners of the style, such as Andy Warhol and Roy Lichtenstein, Hardy is referring to his latest high jewelry collection, Les Jeux de l’ombre, which just arrived stateside after debuting in Paris this summer. “My favorite painter of all time is Caravaggio,” continues the designer. A native Parisian, Hardy studied the plastic arts at L’Ecole Normale Supérieure de Cachan before beginning his professional career designing shoes at Christian Dior. In 1990 he was recruited to join Hermès to oversee footwear, and in 2001—two years after establishing his own quirky shoe brand—the French luxury house added jewelry to his purview. His 2010 launch of Hermès’s Haute Bijouterie—high jewelry collection—set the precedent for the maison to express its codes via one-of-a-kind precious gemstones and metal pieces.

"Shadow helped [Caravaggio] dramatize and announce the subject, keeping the rest of the background in the dark, focusing on the light,” says Hardy, recalling the Italian Baroque artist’s Bacchus painting. But the classics weren’t the designer’s only inspiration when he was developing the 53-piece collection, which consists of Hermès motifs such as the whip and the chain, imagined as necklaces, bracelets, rings, and earrings. Most notably, each object’s settings feature an additional layer of gemstones meant to mimic the shadow the piece would make when cast in light.

Color in Les Jeux de l’ombre is revealed in a range of stones Hardy says were often chosen for their saturation of hue rather than their provenance. He made a concerted effort, in fact, to steer clear of a classic gemstone combo (ruby, blue sapphire, emerald, and white diamond) explaining, “I needed to create an iconic color range for Hermès, which is famous for its use of color in silks, leathers, and beauty. The color field and shades are very specific.”

In the same breath, the designer is quick to dispel any soft or murky notions of shade. “Nothing is more graphic than a silhouette,” he confirms. “The subject has many impressions: color, movement, and shades, but the shadow is a graphic cutoff that gives so much information. It’s very precise in its exact shape.” To recreate his shadows, Hardy indulged in pavé black diamonds on a chain design made from white diamonds, and used black enamel and jade to mimic what the stones themselves cast. He discovered the effect while sourcing gemstones, cataloging their density and transparency, and capturing their likenesses on his mobile phone. “The white light produced a colorful prism reflection; it was magic and beautiful, like a rainbow,” Hardy explains. “My iPhone and iPad were very important tools during the design process.”

It was especially noticeable with spessartite garnets and yellow diamonds utilized in raw, unpolished, uncut states, and paired with an interpretation of the shadow via ombré pavé on rings or dangling streams on earrings, both made from colored diamonds. Hardy can’t pinpoint the exact moment he realized the theme of the new collection, but the finished pieces’s transformation from idea to reality was what left a poignant impression. “What’s exciting about high jewelry is that you create it once; you can do anything once,” he says. “There are very few creations where you can say nothing is impossible.”

The sentiment also describes how he helped conceive Les Jeux de l’ombre’s introductory presentation this fall in New York. Upon discovering the choreographic work of Lina Lapelyté, the designer had an idea that recalled Marilyn Monroe’s iconic dance number in Gentlemen Prefer Blondes. “I love the feeling of pink, red, and black—very bright and dark at the same time,” he explains. “It’s very theatrical and grand, but I wanted it to be more modern and cooler.”

Given artistic rein to interpret the jewels, Lapelyté and her 18-member troupe imagined a composition that was much more intimate and engaged shadow theater staging. “It was more like a cabaret, where the proximity between the stage and spectator is lessened. It’s quite close, so you could see the jewelry,” he recalls. Hardy stops short of calling it a collaboration. “Each person has their job,” Hardy continues. "When asking an artist to create and sign a piece, directing it didn’t come to my mind.” Considering the designer pursued dance in a past life, his ability to step back reinforces the humility he’s known for and even offered him a bit of a surprise: “The interesting result is the shock in the meeting of the two different fantasies, characters, and points of view. The confrontation that happened is something that I couldn’t anticipate." 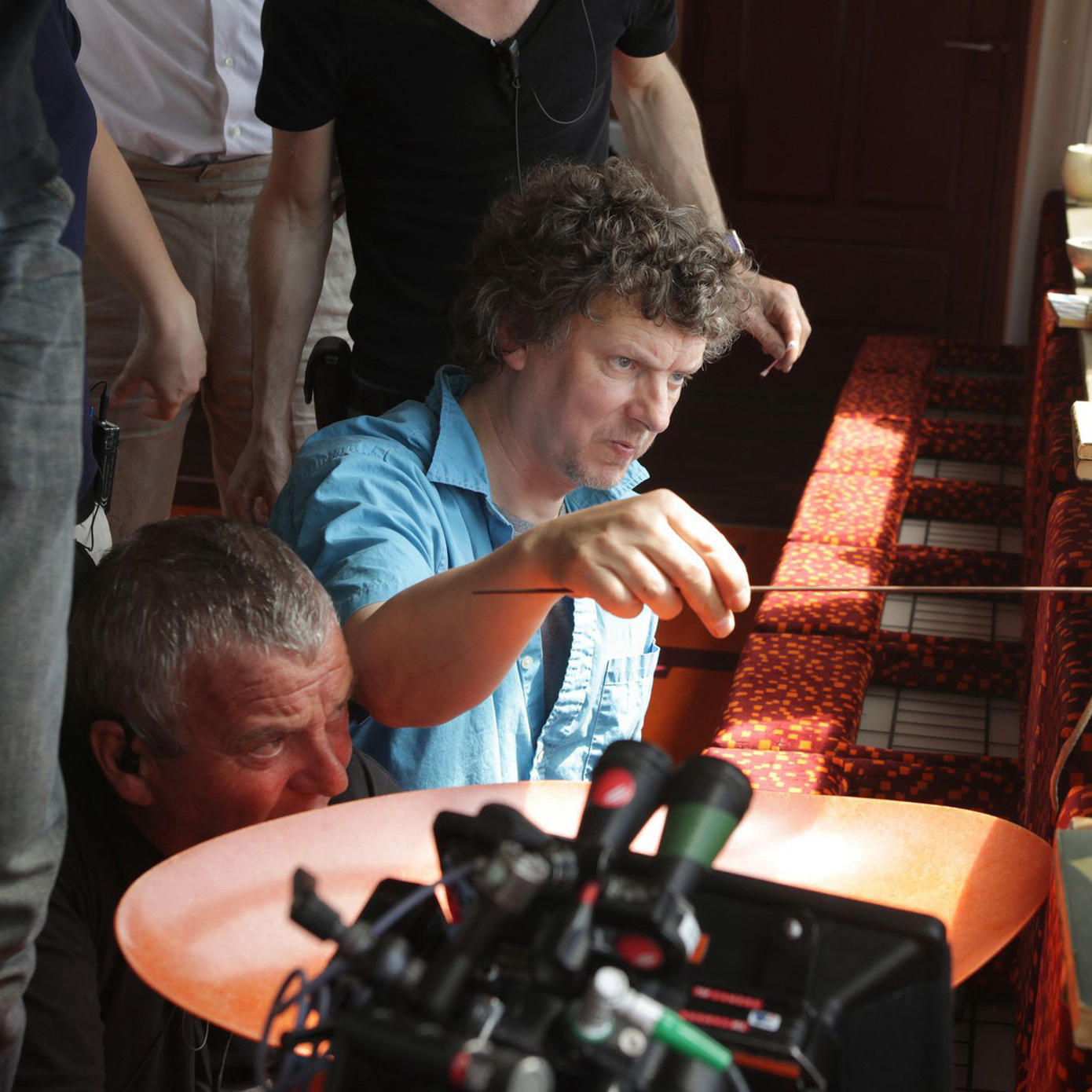 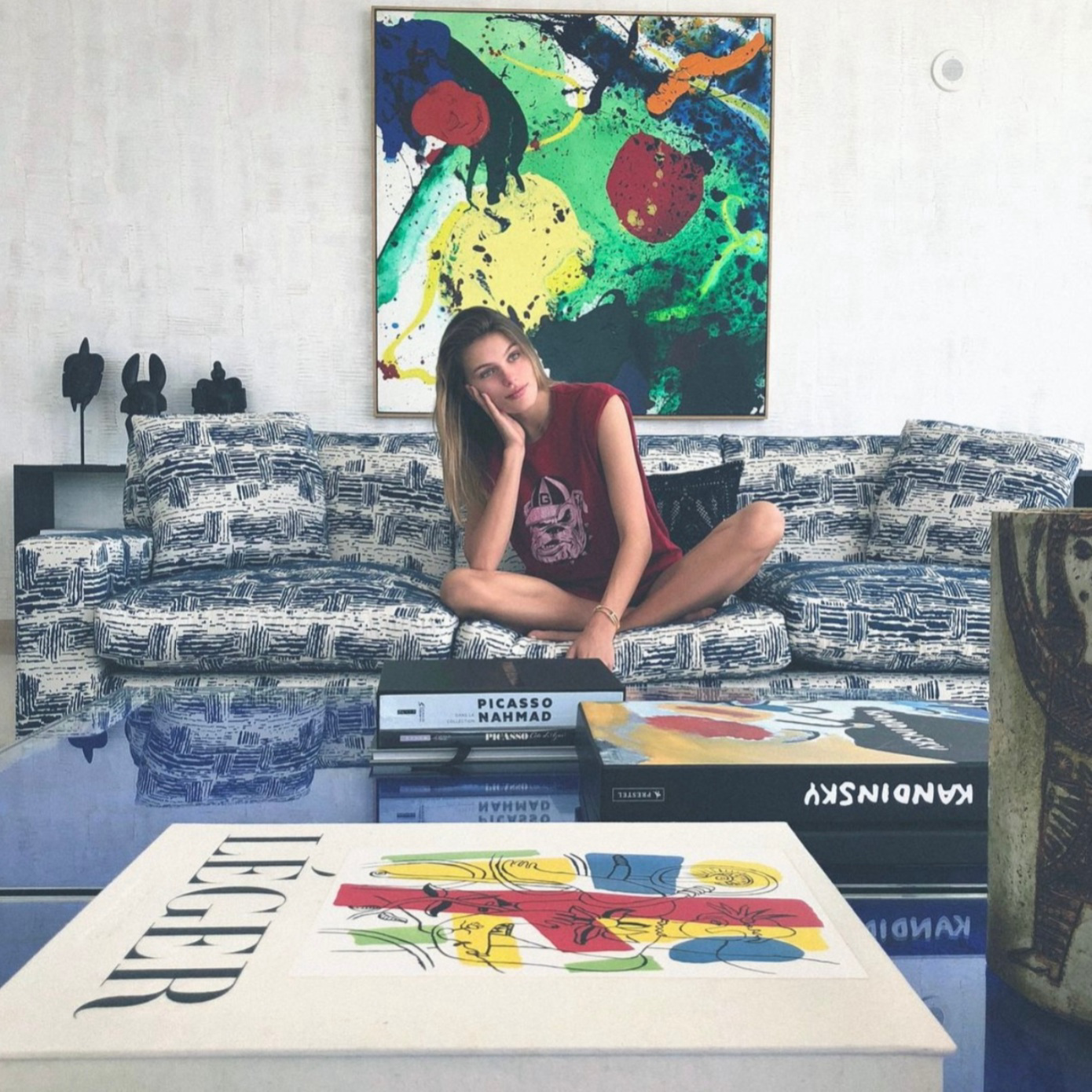