While we were all anxiously awaiting the release of the fourth season of Netflix’s bingeable classic Stranger Things during its pandemic-length hiatus, recent Julliard School dropout Maya Hawke—who also happens to be one of the show’s most beloved leading women, not to mention Uma Thurman and Ethan Hawke’s daughter—got up to something a little different: she recorded her second album, out this September, with 13 new tracks that take equal inspiration from the poetry of John Donne, an ancient Egyptian sculpture of a blue hippopotamus in the Metropolitan Museum of Art, and the “ridiculousness of male actors” everywhere. Here, she catches up with fellow costar Sadie Sink, to discuss her irreverent character’s emotional arc, her own creative process, defensive mechanisms, and portraying multi-dimensional women on screen.

Cultured Magazine: How are you both feeling about the release of Stranger Things?

Maya Hawke: What I’m most excited for the audience to see is Sadie’s performance. It’s what this show has been missing, in my opinion, it’s the emotional core. To see the trauma and the events that have happened to all of these kids through all these seasons, really start to register with them emotionally. Sadie does such a beautiful job of being the heart of the show and taking all those feelings in.

MH: Me too. The cast members are piling on but when you watch it, each person makes sense. You were exactly what the show needed in season three and continue to be the breath of fresh air.

SS: Big casts can get a bad rap for too many storylines but life has a lot of storylines. It has that realistic feeling of new people being introduced. Your world gets bigger as you get older, and it’s aging with its kids that way.

CM: How old were you when you joined the show?

SS: These are crucial years.

MH: I don’t really feel like I grew up on the show in any way. I feel, the way that my character and I have mirrored each other is that Robin made more friends as I made more friends. Robin starts as a loner and then a little bit of an outcast; I came in a little like a loner.

SS: It’s so funny that you say, you felt like a loner when you first joined, because when I met you, I remember my first impression was you were so sure of yourself. I admired that so much. It was my second season, but I still had major imposter syndrome.

I was definitely worried about failing miserably in front of tons of people. And probably equally excited. Stranger Things is one of the few things at that moment that was as heavy as my parents. I was excited to get enough credits under my belt that being a celebrity kid was only a piece of the larger picture and not the whole picture. So in the end, I crossed my fingers that I wouldn’t fail in front of the Stranger Things fans.

SS: Did you find or did you make any interesting discoveries about Robin during season four? Did Matt and Ross [duffer] tap into any specific talents?

MH: Well my ability to talk quickly. They definitely tapped into it.

MH: I might deliver the brunt of the language in the show but in the smallest amount of time possible thanks to my motormouthing. But what I love about Robin is that they gave her permission to be a cool dork. I was talking about this earlier, I was kind of cool in high school and I was a dork. I feel like movies often create this binary of the popular kids, there’s the shallow one-dimensional cool kids and then there’s the dork. I feel like Robin is someone people could look up to and want to be like. One of the things I’m happiest about the season is that she’s so openly and aggressively weird.

SS: I feel like before you joined, all comedic relief was centered around the male characters. Then you completely shook that up.

CM: Did you know that Robin was going to be such a funny character?

Going to a set every day and playing with your friends and making jokes is definitely a really light way to move through life as a creative person. And it’s not stupid. A joke is either going to land or not based on what word is emphasized and whether it punches and when the cut hits and whether you look left or right at the exact moment. There’s a science to its work.

Even though Robin does take on this comedic role at times, you talked about having to be vulnerable on screen, and I’m wondering how that manifests.

The truth is we all have immense darkness, immense humor, immense grief, immense anger in us. My music is super lyrical for me, and there’s definitely real messages that I’m trying to communicate within the songs, but I honestly do the same thing as an actor where I implant a little secret in every performance, something the camera doesn’t know.

MH: I got into it at a really young age when I was first realizing that I was dyslexic. I was writing things down and putting my thoughts and feelings to little melodies so I could communicate them later, and then I took guitar lessons. It was right around the time when my parents got divorced and I was having a lot of feelings and wanted to express them in a way that felt like someone could hear. So I started writing songs. I did it in a pretty serious way through 9th grade, and then I stopped for five or so years and started again when I started working.

SS: I’m curious about how this next release is going to depart from Blush and your past work. What can we expect?

MH: You can definitely expect something that’s tonally more modern. It’s by no stretch of the imagination pop, but it has a buzz and a polished sensibility. It definitely has way more storytelling and eccentricity in the lyrics. There’s questions about the fate of a muse, someone who people are always making art about but can’t make art themselves. There’s a song based on a John Donne poem. There’s a lot of different worlds, but they all build this cohesive storyline for me about inner light, the thing that will carry you forward and show you the next place to go. That’s what that album is generally about.

It came together spontaneously, in the middle of shooting Stranger Things. We were on hiatus, which is also the title of a song on the record, and I was trying to get three songs made. All of a sudden, instead of three days I had three weeks and plenty of words and feelings. We got together this trio of three guys, Christian Lee Hutson, Benjamin [Lazar] Davis and Will Graefe and by the time we finished in the studio two weeks later, we had 13 songs. For some reason, all four of us were desperately in need of some shakeup internally and everyone came in and gave it everything they had.

SS: We have a lot of musical co-stars on Stranger Things. Could anyone expect a collaboration off-screen?

MH: I doubt it. We all like each other, but I think that our music is an effort to carve out our individuality outside of the show because as much as we would love working together on it and have fun, the weight of the show would overpower whatever music we made together. It would feel more gimmicky than it would feel authentic. At least in the way that it was received. None of us really want that for our music.

CM: Do you bounce ideas off each other?

MH: When I get excited about something that I’m making, I’m not a good secret keeper. If I buy someone a present, I give it to them right away. I’m the same way when I write songs. “Can I play it for you right now?” I want to know what you think right now and then a week later. And I do and then it’s a week later and I hate it. I want to share it while I feel like it matters to me and then I’m like, “Oh, it’s terrible, never mind.”

SS: When we were filming you were also working on this album. What was it like to jump back and forth?

MH: The nature of the show, because there are so many storylines, is that it takes so long to film and there’s a ton of downtime where you really can’t do anything else, unless you’re me and are insane. If it wasn’t for Stranger Things I probably wouldn’t have made a record, much less two. It was the nature of being like, “Wow, I’m in Atlanta, I’ve worked two days this week, what am I going to do with my darn self?”

SS: I just want to lie down for a bit. You call me when you’re ready, I’ll show up.

CM: Do you have a favorite track on the new album?

MH: What I’m most excited to share with listeners is the sonic cohesion of the record. The lyrics are sporadic but sonically from front to back the songs transition into each other; there are lyrics in some songs that repeat and there’s a coda that keeps coming back. This album has a lot of my imaginary friends in it. One has already come out. I put out a song a little while ago called “Blue Hippo” about this piece at The Met called “William” the Hippo. There’s one spoof song on the record about making fun of how ridiculous male actors are, and I’m really excited to do that one because it’s a criticism that needs to be out there. One of my favorite quotes ever that I’ve told Sadie many times was said to me by an amazing French hairdresser who goes, “Maya, you know, an actress is just a little bit more than a woman and an actor is just a little bit less than a man.” 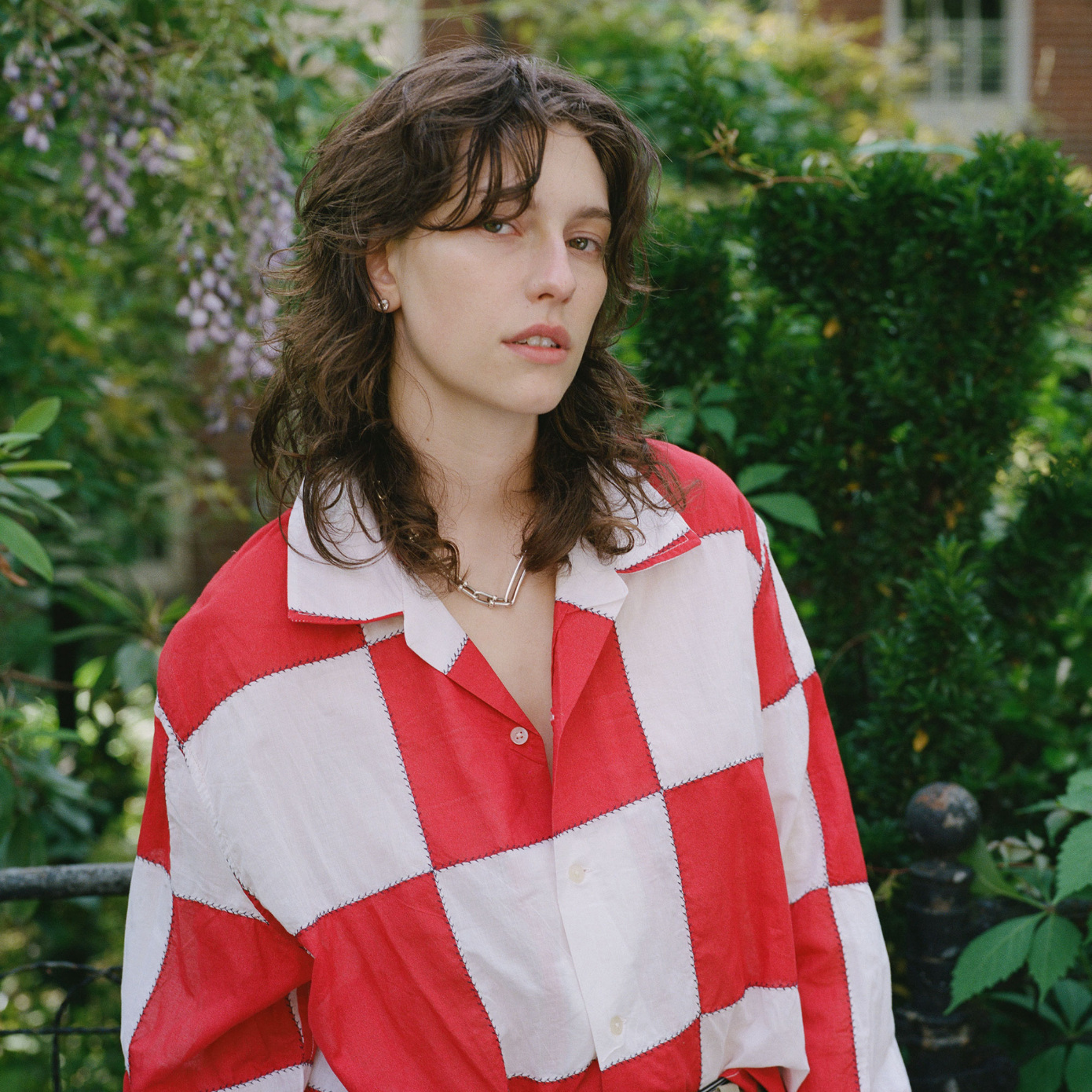 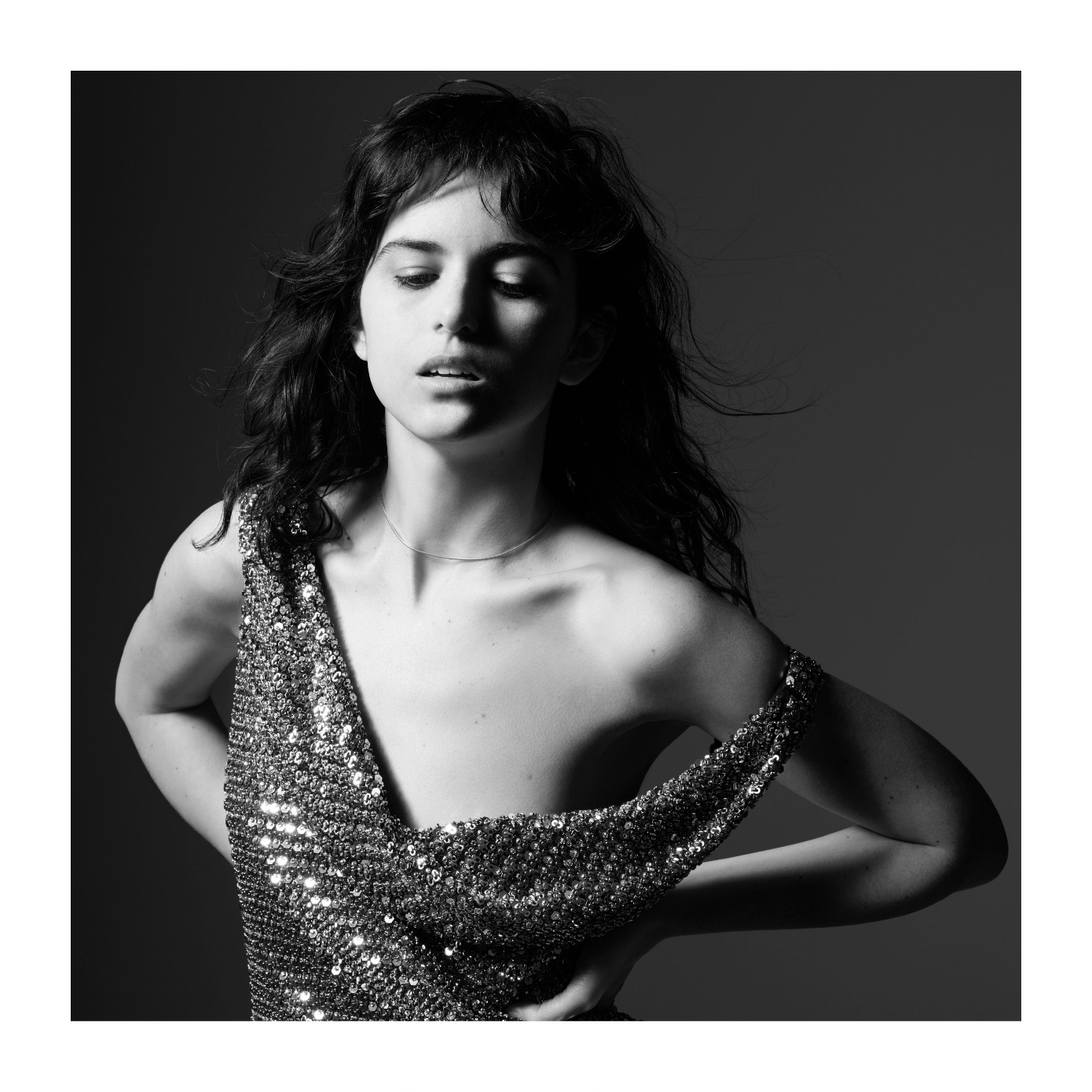