Louis Vuitton artistic director Nicolas Ghesquière has a seeming affinity for architecture, and his runway shows reap the benefit. His latest inspiration was found at La Jolla, California’s Salk Institute for Biological Studies, a 1965 Brutalist masterwork by Louis Kahn that also served as a sunset catwalk for the fashion house’s Cruise 2023 collection this past May. Boots and heels stomped travertine at the laboratory complex, but the models’ looks were something closer to a gladiator future, where historic silhouettes and modern textures took the idea of body armor to another world.

As the sun set on the Salk Institute for Biological Studies in La Jolla, California this past May, a parade of backlit models began to strut down its cardinal axis, revealing Louis Vuitton’s Cruise 2023 collection. Sequins, metallic fabrics and armor-like bodices commanded the attention of seated guests flanking the laboratory complex’s ready-made runway, a central corridor split by a rill that takes the eye from reflecting pool to Pacific Ocean. The Institute’s architect Louis Kahn had originally wanted to design a garden for the plaza, but his peer Luis Barragán convinced him to embrace the void to create a space where ideas, conversations and discoveries would be shared colloquially. Call it a fashion show, or a peripatetic walk, but the impact of this 1965 Brutalist design brought plenty more reason to wonder at the futurist looks by Louis Vuitton artistic director Nicolas Ghesquière.

Since Ghesquière joined the fashion house in 2013, Louis Vuitton’s show locations have taken up his interest in places of architectural significance. His second Louis Vuitton Cruise, in 2015, saw models lap the poolside perimeter of the John Lautner-designed 1979 Bob Hope house. In 2019, Eero Saarinen’s then newly-restored 1962 TWA Flight Center played runway to heels on its iconic chili pepper-red carpet while the Solari split-flap display kept ticker board time. In between, Oscar Niemeyer’s 1996 Niterói Contemporary Art Museum Brazil (2016) and I. M. Pei’s 1997 Miho Museum outside Kyoto, Japan (2017) gathered the fashionable set for these living presentations of collections for the season ahead.

In 1959, pioneering virologist Jonas Salk—of polio vaccine fame—conceived his eponymous scientific institute with the goal of exploring biology’s bounds and its impact on society. In many ways, Louis Vuitton’s Cruise 2023 collection is stitched with the same ethos. The forward-thinking architecture, palatial in nature despite its unfinished concrete walls matched with a travertine central square—Kahn chose the materials for their likeness in color thinking of the grandiose effect of ancient Roman structures—set the scene for the procession of the stately fashions. Against an ever-intensifying setting sun, each look aided in the creation of a sort of alternate desert universe, where colorful and expressive textiles are tempered by natural materials with structural and sheath-like forms.

“The Salk Institute has been a place of wonder for me over the years and Louis Kahn’s stunning Brutalist architecture against this extraordinary setting of the Pacific Ocean and the California sunset provides me with endless inspiration,” Ghesquière says, and in the context of the last two years’ coronavirus pandemic, the importance of its research work has only increased. “It also celebrates intelligence, knowledge and the belief in the power of science.”

Much like the mirrored geometry that comprises the Institute’s two blocks of lab buildings, the Cruise 2023 collection makes generous use of tessellations and repeating patterns. Each look presents an innovation on a textile, their futuristic aesthetics defining factions of an otherworldly society. Some are distinguished by their tweeds, others by their royal jacquard prints or their
leather mail. A trio of oversized angular cropped jackets trimmed with metallic tinsel fringe marked the end of the fashion show,
the Salk’s Institute first.

This architectural host, too, looks to the future. In postmodernist fashion, what you see of the building is what is holding it up. Support beams on the exterior of the structures allow for open layouts on the interior. Kahn’s inherently flexible design was ahead of its time, as was his approach to materiality. Despite their age—and saline-adjacent setting—the poured-in-place concrete walls and teak wood paneling show little wear; the Salk Institute still has 70 percent of its original material. While some
pieces in the Cruise collection camouflaged into the natural tones of the man-made landscape, others glistened in the golden hour sun, both in harmony with the unique California topography and set amid a symphony of crashing ocean waves and electronic beats.

These elements moved Ghesquière to present his creations here. After all, Salk himself said to Esther McCoy in 1967, “The building does guess tomorrow.” 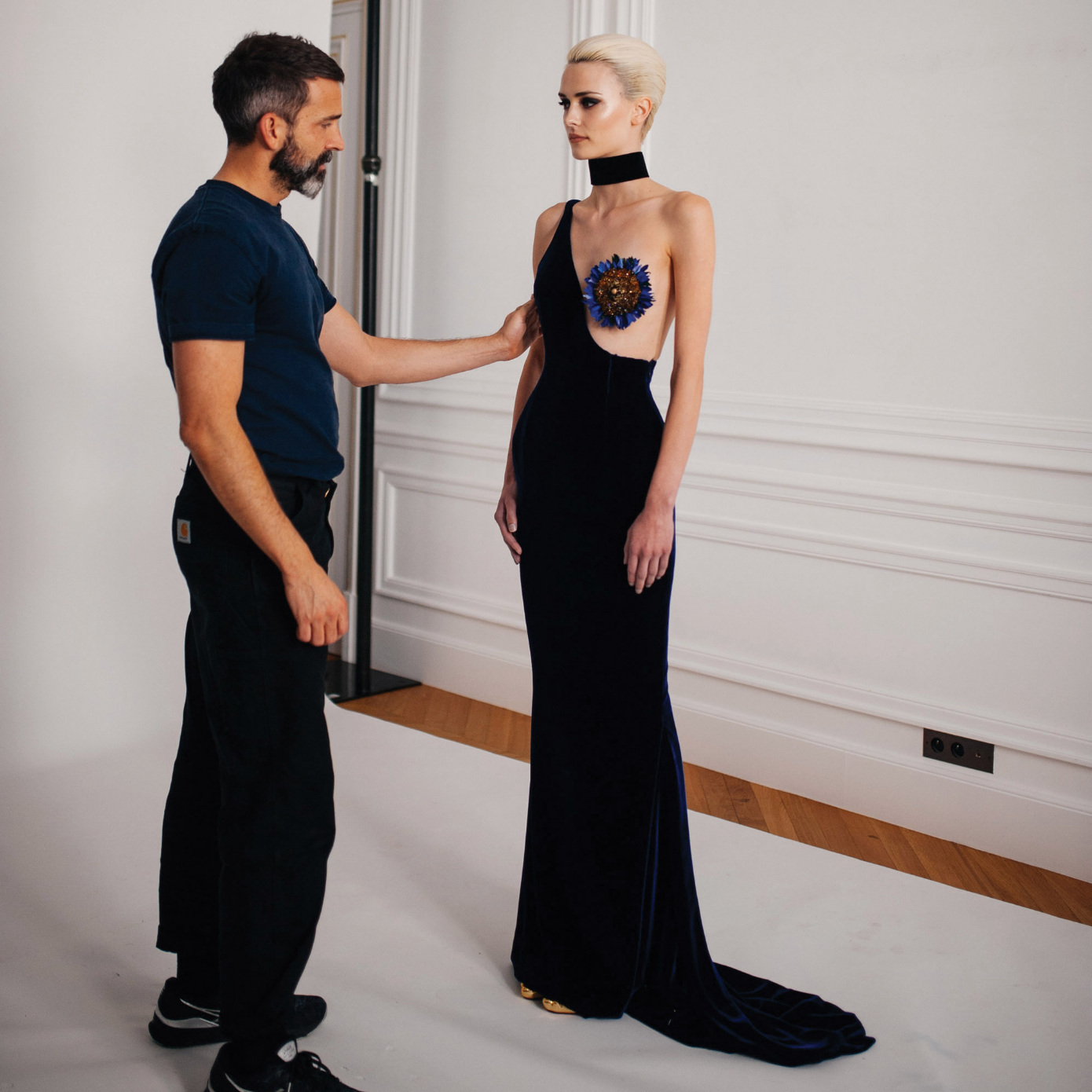 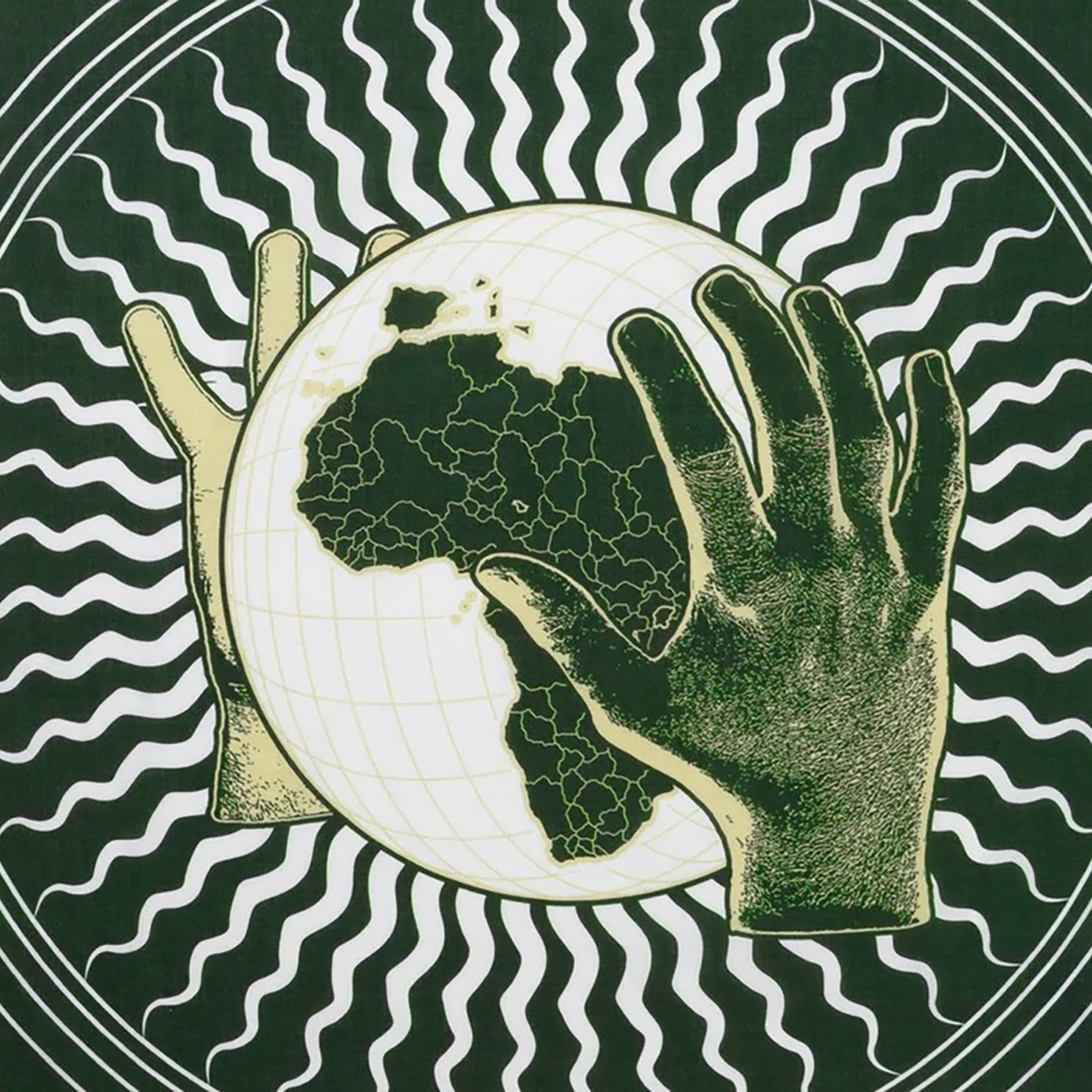 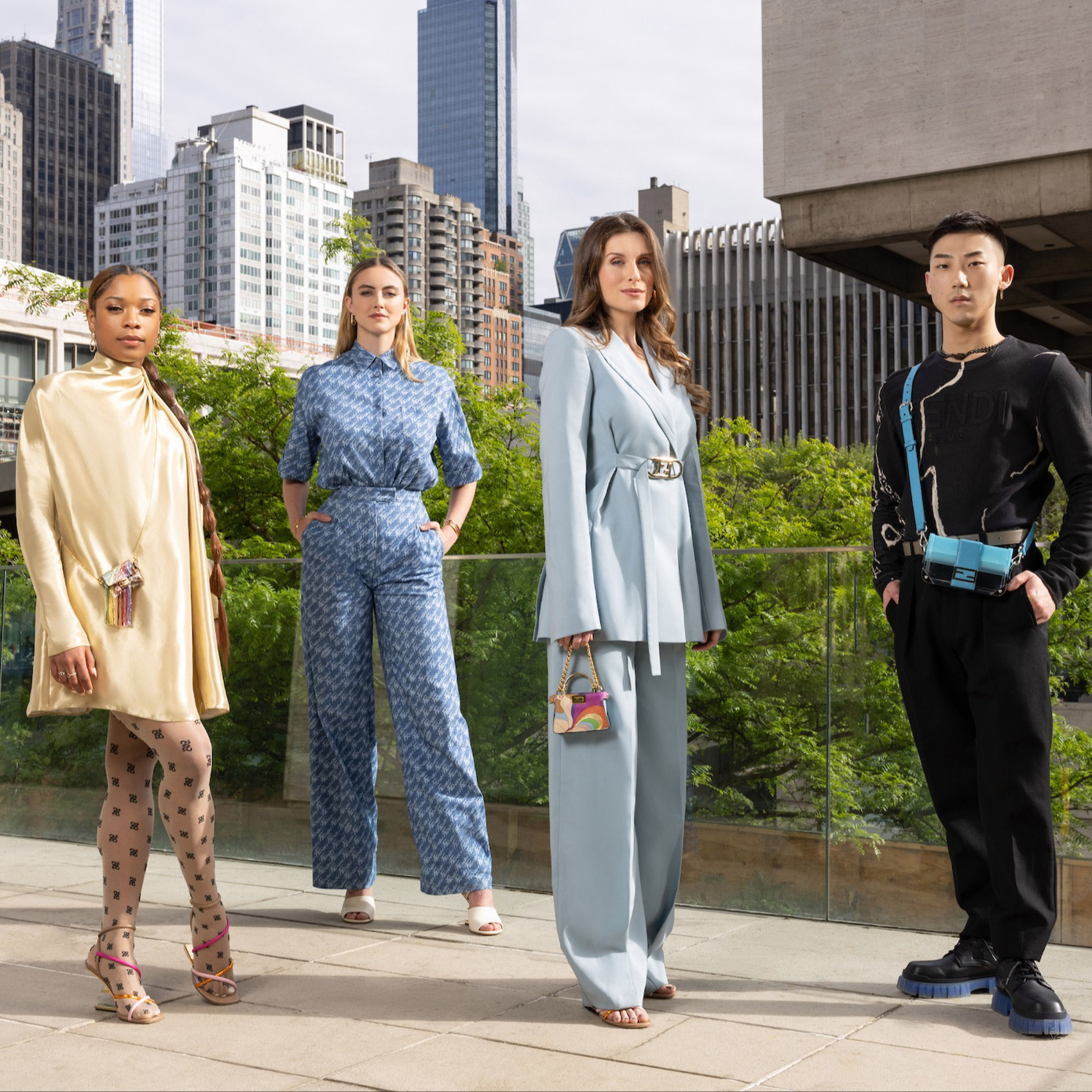