At the Driehaus Museum in Chicago, “Saturnine” presents new paintings by Allen that place our relationship with botany at the center of contemporary conversation.

“Sit and drink pennyroyal tea, Distill the life that’s inside of me.” —Nirvana, In Utero, 1991

Recently, a leaked document exposed a majority of The Supreme Court of the United States justices are willing to overturn the landmark Roe v. Wade (1973) decision, threatening to turn back the clock on reproductive health justice in America. Historically, plant-based abortifacients were used by women throughout the 18th and 19th centuries. Eventually religious ignorance deemed these as practices of “witchcraft,” leading to the loss of botanic knowledge across cultures. In this context, Los Angeles-based artist Theodora Allen presents her solo exhibition “Saturnine” at the Driehaus Museum in Chicago, as a leitmotif of the scientific journey of man and nature through time.

Curated by Stephanie Cristello, the exhibition is located on the second floor of the exquisitely restored Nickerson Mansion. Pairing a selection of Allen’s cyan-hued paintings with a remarkable selection of Art Nouveau artifacts from the museum’s collection, Cristello conjures a conversation on the interconnectivity of time, space and the potency of ancient herbal-lore, akin to a whispering a chain of secrets between generations.

“Saturnine” begins in the Nickerson bedroom with Syzygy (Narcissus), 2021, placed directly above the former Maher Trophy room. Cristello draws a celestial line between Allen’s most recent triptych and Vittorio Caradossi’s Shooting Stars (c.1900) where two spiraling, elysian bodies ascend. In Allen’s left and right panel, anthropomorphic narcissi in flaming diamond portals lower their heads to gaze at their own reflections in a lake of fire. In the center, the portal is stabilized by a knowing hand, cradling a scorpion from the blaze. Hallucinogenic florals and venom appear throughout Allen’s imagery. “Jekyll and Hyde plants that can be used for good or for ill. Killer or curer, sinner or saint,” the artist explains.

Celestial bodies surface as apparitions between thinly pulled layers of oil on linen. Cristello parallels Allen’s phosphorescent blues of night at the edge of day to the feeling of melancholia in the Fin de Siècle. “The origins of melancholia, that feeling we call ‘blueness,’ is often described in terms of dependency with a language of addiction.” writes Cristello in the artist's mid-career monograph, linking the mythical influence of the planet Saturn to the production of Black bile, once believed to be the cause of melancholy of the body.

Allen’s The Snake, No.3, 2014, and Shield (Jimsonweed), 2018, hover above wainscoted sycamore and recessed oak in Adelaide Nickerson’s bedroom. Phantomlike forms of a coiled snake and an overexposed moonflower twisting toward the light emerge from two levitating canvases. Threatening yet impregnable, the artist’s simple forms contemplate the poisons of passion and fate. “They were medicine, sacraments, poisons of the old world; uppers, downers and narcotics in the new one,” she says of the florals selected in her Shield series. The striking incertitude of time in Allen's washed-out cyan palettes point to the historic interconnectedness of artist and naturalist, seen in Anna Atkins early cyanotypes. A large canvas titled Calendar, No.4, 2019, depicts a sandless-hourglass flanked by 12 paper-cut butterfly-shaped prison-like gates.

In Mrs. Nickerson’s bedroom, the aura of an image of Saturn emanates from Allen’s The Cosmic Garden, 1, 2016. The room’s forest green and gold wall tapestry contains the tempestuous flames of Allen’s Wildfire, No.4, 2016, as moths singe their wings at the top edge of the canvas. Lapping at the question of what will survive this climate crisis, Allen’s out-of-this-world oeuvre has a grounding effect: returning the viewer from the celestial bodies to the Earth’s wildflowers and the pathologies of a society in ruin.

A quiet pairing of pieces from the Driehaus collection are placed in a neighboring room. Here, Anxieté, 1897, by Eugène Grasset portrays the psychosis of a young woman surrounded by winter rose or Hellebore. Her glassy, distant stare against a distorted sky, outstretched fingers grasping at the grass, augment the symbology of Allen’s luminous scenes. Women have historically been at the center of patronage, policy and moral imperatives that continue to shape the scientific evolution of the 21st century. Amidst ominous threats to our cosmic journey, “Saturnine” is an inlay of beauty and poetry in a world subsumed by chaos and degeneration. “In times of great uncertainty, certain symbols emerge as something to confide in,” writes Cristello. Perhaps, it’s a whisper network turning into a collective scream. 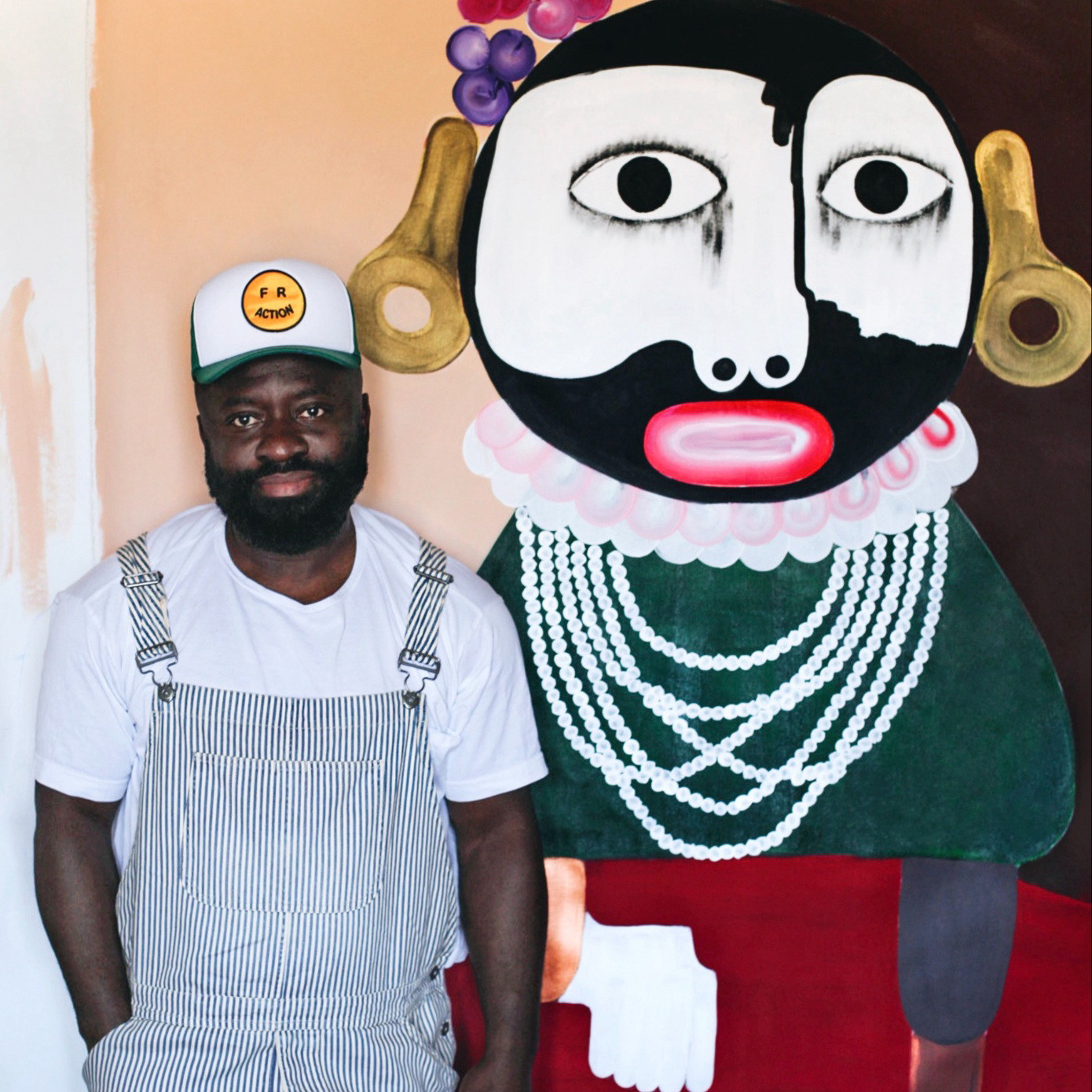