Amandla Stenberg Is on a Mission for Mental Health

The Dear Evan Hansen star shares advice for the new school year, no matter your age.

For some people, reliving high school is not an enviable idea. But for Amandla Stenberg, seeing the school age era again through the process of developing and playing Alana, an academics-focused high achiever not unlike her own self at the time, in the new Dear Evan Hansen movie-musical was almost therapeutic. And, the 22-year-old actor says, it was also an enlightening meditation on what it means to mature one’s mental health.

As a Hollywood figure, Stenberg has never been one not to speak her mind. An advocate for the rights of LGBTQ+ youth and an NAACP Image Award winner, she is no stranger to the activism spotlight. Now, she is playing out her real life’s mission to support young people through a role in a film that deals with emotionally fraught themes such as suicide, depression and the general loneliness that occurs when one feels othered. As a new academic year gears up, we caught up with Stenberg for some back-to-school advice, no matter your age.

Elizabeth Fazzare: How do you prepare for a role, but particularly this role, which is such an important and intense story to tell?

Amandla Stenberg: This process was unlike any process I’ve experience before because it was a musical. What was really cool was that our songwriters wanted to expand this character for the movie because there was more space and breath to understand her. And so the process began collaboratively with me, our songwriter and author Steven Levenson, discussing who the character was, what made her tick and what we could explore through her, together. It was a completely new experience understanding my character through song, which was a completely eye-opening way of doing things.

EF: How do you feel like you related to Alana if you did at all? Or maybe you felt that you might have related to her in high school?

AS: Honestly, I put a lot of myself in there. I was a really intense student; I was such a nerd. I was a 4.7 GPA kind of student, like taking all the honors classes and doing all the extracurricular activities, and I was really hard on myself. I was like a hyper-perfectionist, and I would crumble at any criticism. If I got an A minus, it would be the end of the world to me. It wasn’t until I was an adult and living a life in the real world that I had to contend with why I was that way and what I was achieving through that. I think at that point in my life, I really needed a lot of external validation; I was not so certain of myself and who I was, which is also just the nature of being that age. I felt like I had to affirm my identity and who I was through my achievements or my accomplishments or by proving myself to everybody and to myself. And so, that’s what we went for with Alana, like this person who seemingly has it all together and is really perfect and so academic and achieving a lot, but always contending with her own mental health struggles and maybe doesn’t feel totally whole on the inside. 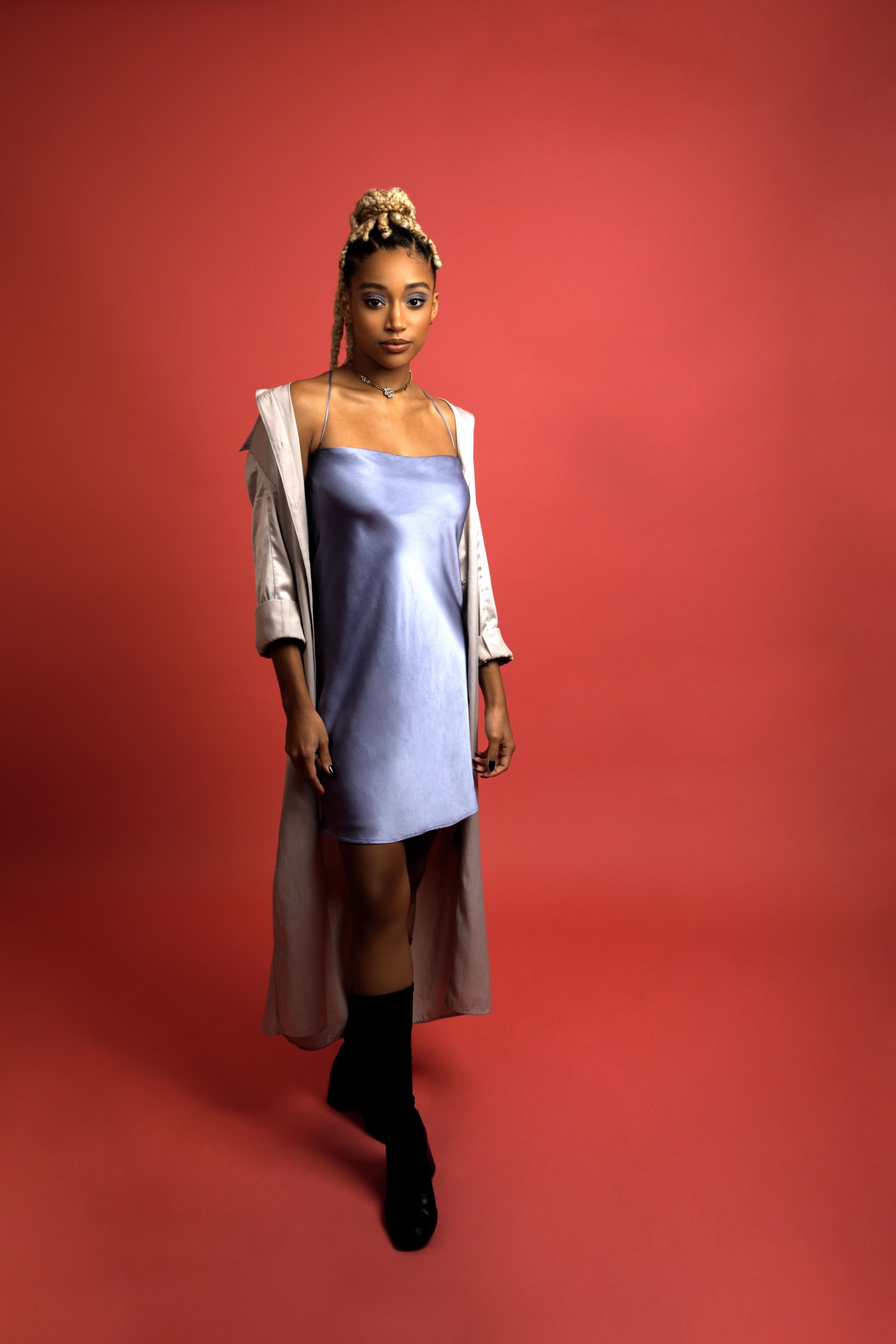 EF: So in that vein, what advice would you give yourself now that you are out of that mental health state and having now played this role in which you’re able to give yourself some introspection?

AS: I would say that you are enough just as you are, that you have value and worth as a person, just when you’re still, when you’re not doing anything. You don’t need all of the demonstrations of your worth in order to be valuable, in order to be worthy of love.

EF: In crafting this character and working with your songwriter, what was the most important aspect of Alana that you wanted to portray?

AS: The empathy I really felt in my heart for her was for the parts of her that were in really desperate need of connection and friendship, but just don’t necessarily unfold naturally. It felt important to me to make her not just someone who is perfect like a Type A nerd, but I also wanted her to be someone who was a bit awkward and didn’t really know how to engage with people socially, and in a naïve, endearing way thought that the way to do that was starting a million clubs, because honestly that’s kind of how I was. I was like, “Hey do you wanna make this film with me for film club?” People were like, “You could just chill.”

EF: Very Rushmore of you.

EF: Did you find that in working on this movie you learned things about yourself as well as about your character and relating to your high school self?

AS: Yeah totally. I think when I was in high school, I was really worried about what people thought about me and it was almost crushing. I think it was the same for Evan. Going through the process of figuring out Alana, I felt like what was at the basis of a lot of her decisions and a lot of her motivations was being so concerned about what people thought of her and being so concerned with being a perfect person. I did experience some processing through that. I think maybe I didn’t realize how much I cared and it’s only because of growing into an adult that that’s something that’s become so much less important to me. But at that age, how do you not? Especially when you’re in high school and you’re within this concentrated bubble and you’re trying to formulate who you are, and who you are is sometimes so based on how the people around you perceive you. It’s like you’re sending vibes out and seeing how they bounce back to you and seeing how the world responds to you.

EF: You’re just testing the waters and unfortunately testing yourself against others’ ideas of you.

AS: Yeah exactly. I did some introspection around that, and was like, “Wow, it’s so interesting how that changes as you get older.”