The Trouble with Nature, a film by Illum Jacobi, looks to the life of philosopher Edmund Burke to wrestle with where we are today.

In a world where we are so dependent on technology for achieving our most basic life functions, how do we solve a problem like the sublime? For 18th-century Anglo-Irish philosopher Edmund Burke the sublime was the fear-tinged awe that nature inspires in the beholder and that the best art can also trigger. A somewhat sheltered 19-year-old in a pre-industrial world, Burke wrote a treatise that set out to establish the difference between the sublime and the merely beautiful. A new feature film, The Trouble with Nature, by Danish director Illum Jacobi, imagines Burke at the end of his career, a statesman, washed-up, traveling into the Alpine wilderness to annotate his youthful treatise. I recently spoke on the phone with Jacobi and Antony Langdon, the British actor and musician who plays Burke with supercilious comedic flare. We discussed the director and his protagonist’s skepticism about the sublime, the film’s ruminations on modernity and what it was like shooting on location in the Alps at a 12,000-foot altitude.

The Trouble with Nature finds Burke wandering in a slightly askew powdered wig and a too-thin frock coat through the fields of Provence, up snow-capped mountains and across dripping glaciers, all shot in lush high-definition by Frederik Jacobi, the director’s brother. He grasps for control amid his new, overpowering mountain surroundings, accompanied on the journey by his Indigenous American servant, Awak, played with quiet luminosity by Mexican actress Nathalia Acevedo. Shot in Chamonix, France, where Jacobi first began mountaineering in his youth, the film combines the visual codes of a nature documentary with the wryness of a comedy of ideas. 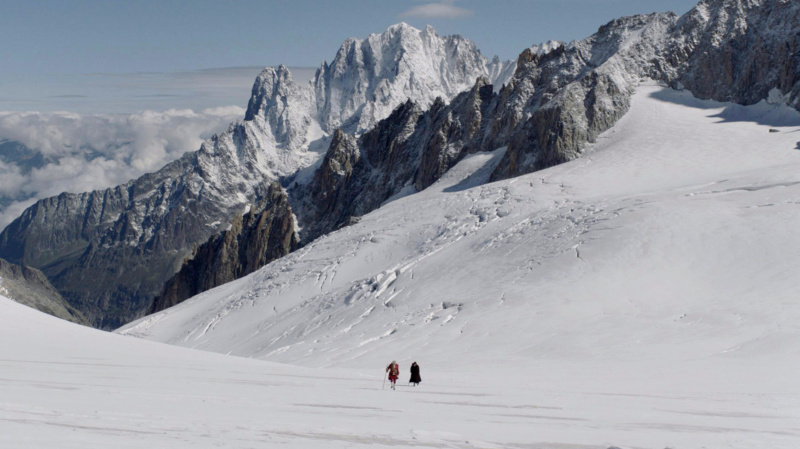 Jacobi asserts that during the film’s production, “The lines between documentary and fiction are somehow blurred because we took the same journey as the characters. We were out there shooting in snowstorms. We were so affected by the shoot itself.” This all-encompassing experiential approach led Jacobi and Langdon to cast local non-actors who they met during production. In one scene, for example, the character of a crystal hunter, who appears spookily in a cave, is played by a seventh-generation crystal hunter, whose family is known in the region for their ability to harvest rare specimens. Langdon describes the collaborative intimacy between the cast and crew: “It was just these spirits [going] along in the mountains.”

In The Trouble with Nature, the contrast between Burke’s uneasy coexistence with the landscape and Awak’s ability to endure are at the heart of the film’s critique. Langdon describes the philosopher’s self-absorption as a reflection for our disconnection from the natural world. “In modernity,” he says, “we still think we rule the joint and we’re ruining it. But nature doesn’t care... Nature is much more grand than any machinations of humanity.” 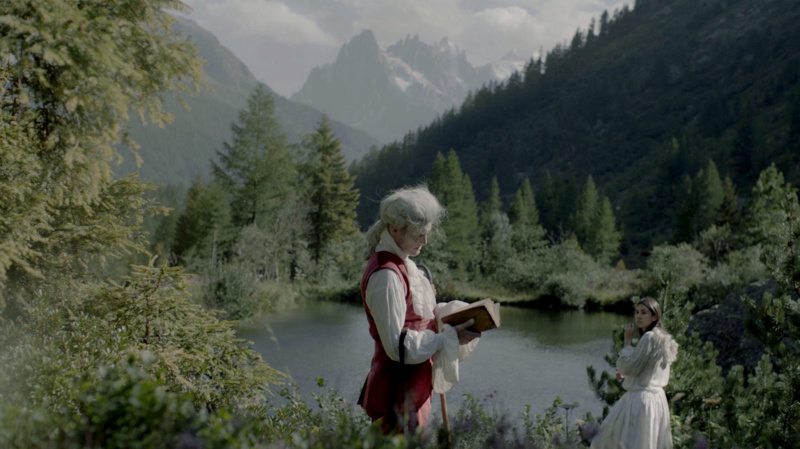 Jacobi worries that in making a film about the sublime, he is projecting a fantasy about nature onto a landscape that we cannot fully understand based on a beautiful image of it. Indeed, the concept of the sublime emerged at the very moment when humans became estranged from nature. As a result, Romantic art made nature into a beautiful image, an object to be depicted and bought and sold. Under the weight of this history, Jacobi’s anxiety about the sublime becomes all the more poignant for our times. Ecological collapse looms and we find ourselves out of joint with the earth and its rhythms, unable to act in the face of crisis. But The Trouble with Nature also operates on a smaller scale. The film suggests that our environmental predicament has caused a fraying of the bonds between the self and lived experience. Jacobi reflects, “When you go to the Alps today, you see how people confront the landscape. Most people turn their back to the landscape and photograph themselves in front of it.”