With a new television show around global food access, chef and wellness advocate Sophia Roe dives into the politics of eating.

“How can food not be political when some people have it and others don’t?” asks chef and welfare advocate Sophia Roe. Since working in some of the most prestigious kitchens around the world, Roe has harnessed the power of social media to become a champion for something in which food plays a large role: our overall health and wellbeing. However, it's this provoking question that sums up her latest venture, Counter Space, a television show premiering on VICE TV on Thanksgiving day. Don’t let the title fool you, this is not your average food show. Counter Space takes viewers deep into the political nature of food and amplifies the voices of the people and of the cultural significances that are left behind along the way. In each 25-minute episode, viewers embark on a world tour with Roe as its host, hearing primary source stories that reveal the immediate impact equitable food access can have on communities. “Hopefully the biggest message is that we need each other; people need each other,” Roe states of its humanizing nature. She brings the complex and intricate conversations surrounding food down to a granular and actionable level, undoing the paralysis so many Americans feel when faced with a systemically corrupt issue.

To say that food is not political is to admit to a fierce lack of knowledge regarding a policy-dominated dilemma. “If you eat food, you get into politics,” Roe states plainly, “food, politics, protests, racism: it’s all tied together.” She continues, “This isn’t underrepresentation, that makes it seem like Black and brown people aren’t trying to represent themselves. They don’t have the institutionalized power to do so.” So what can folks, especially those with privilege, do? It’s pretty simple according to Roe, “Ask. Being a person with privilege is helpful, but it’s only helpful if you’re mindful.”

With that mindfulness must also come awareness and openness to new information. Realizing that “every dollar spent is an opportunity to resist,” challenges the sheltered idea that food is not news. Counter Space addresses a range of political and practical questions from why crops are priced certain ways to using food as a coping mechanism for trauma. “It’s no accident that I ended up being a chef,” Roe says of her life’s path, “I was a kid who experienced food insecurity and now my job is to feed people.” It is a luxury to be able to overlook access to food, and it’s one that is directly correlated to mental health. “Feeding yourself is the easiest way to self care,” Roe notes, “it’s central to your existence. Coming home everyday and cooking yourself a meal is telling yourself you matter.” 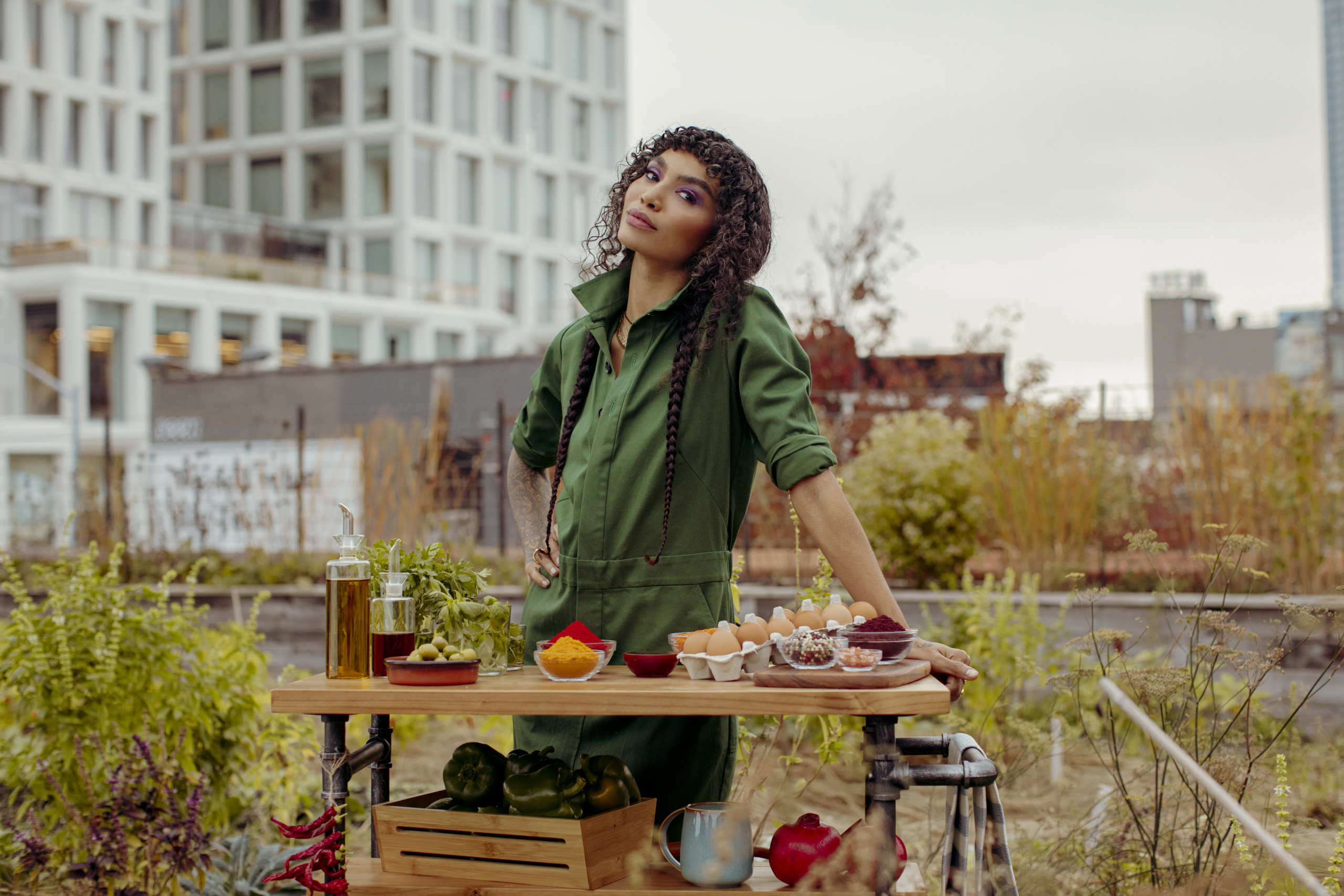 Covering countries like China, where restaurants are an act of protest to the erasure of culture and oppression of democracy, or Mexico where farmers are being left without work because it is now cheaper for Mexicans to import corn from America due to the mass production of crops, the show renders it impossible not to discuss issues of access and allyship. Roe’s platform highlights the fact that we are living in a world where performative activism is simply not an option. More than 50 million people in the United States may experience food insecurity in 2020. The data is clear, so why is it so difficult to understand solutions? “You have to start making these conversations granular to do something about it,” Roe advises, “Make time for your imagination because without it you cannot be revolutionary and revolutionary is what it takes to fix this problem."