The painter on memory, her new book, and how language is finding its way into her paintings

Painter Kristin Texeira recently published an interactive book entitled, What Does Time Look Like? (2019)—she assembled the 75 copy run by hand in her studio in the Brooklyn Navy Yard. The process took several days as Texeira's studio became a one-woman assembly line. "A very first person experience with the element of time," Texeira joked. The new book brings together excerpts from the artist’s prodigious collection of sketchbooks in an effort to answer the book's titular question. Texeira estimates she’s filled some 50 journals with receipts, petals, miniature compositions and free writing since 2006—all ways of marking time.

The artist herself hand cut the pale blue covers in order to include an unusual feature on the interior of the back cover: a pocket. “I ended up just going rogue and making it myself,” she said. The book concludes with a request that the reader provide their own answer to the question of time’s appearance, and its back pocket contains all the necessary materials for response: a blank sheet of paper on which to depict time, an envelope with Texeira’s handwritten return address and a delightful Ellsworth Kelly stamp. Texeira hopes that the book can serve as a “light-hearted investigation with a stranger or a friend. It’s just a matter of having a conversation with people. An escape, really, from the pressures of what time is by thinking more lightly and maybe more colorfully about it.”

What Does Time Look Like? marks a transition point in Texeira’s career, a broadening of her stated interests. Her work is most often talked about through the lens of memory—from 2008 to 2017, she created a series of personal "Memory Maps," groups of paintings that collectively portray a time and place. In what she calls a “real fever to document as much as I could,” Texeira painted maps of places she was determined to remember: her own and her best friend’s childhood homes; her grandmother’s house (lots of robin’s-egg blue-grey); her hometown—West Bridgewater, Massachusetts; Paris, France; Bizbee, Arizona. She aptly titled one of the maps, “Wherever I’ve Been and Gone.”

Major life changes—leaving home for the first time, traveling extensively, having a brush up with death—all drove Texeira toward documentation. “I was in this crazy scramble to get all of the information down and make paintings about it,” she explained. But mining the past as a mechanism for art-making grew more difficult with time, and eventually, Texeira began to fear she was drying up the pool of her own recollections. “I’ve heard that each time you recall a memory, the less detail you remember of it,” she explained. This is a frightening omen for an artist whose work depends so explicitly on the sharing of experience. “There were times when I wasn’t telling anybody anything. I’d have these beautiful, high up moments—and I thought, I’ve got to keep this a secret because I don’t want to lose any of it.”

Figuring out what to share and what to keep to herself is a developing component of Texeira’s art, especially as it relates to paintings that eventually leave her hands altogether. What does it mean to make the documentation of your childhood home available for purchase? “Once I started selling my work, it felt a little uncomfortable putting a price tag on my memories and my dreams,” she mused. “I was erasing myself in a way.” To combat this feeling, Texeira created a division in her work: she began painting other people’s memories on commission and keeping her “very personal, precious moments from childhood and [her] dreams” in her collection of sketchbooks. “If I ever am a famous artist,” Texeira reflected, “those are the gems that should be in the museum. For rest of the work I can be like—go, make people happy and fly away—but the juice is in the sketchbooks.” 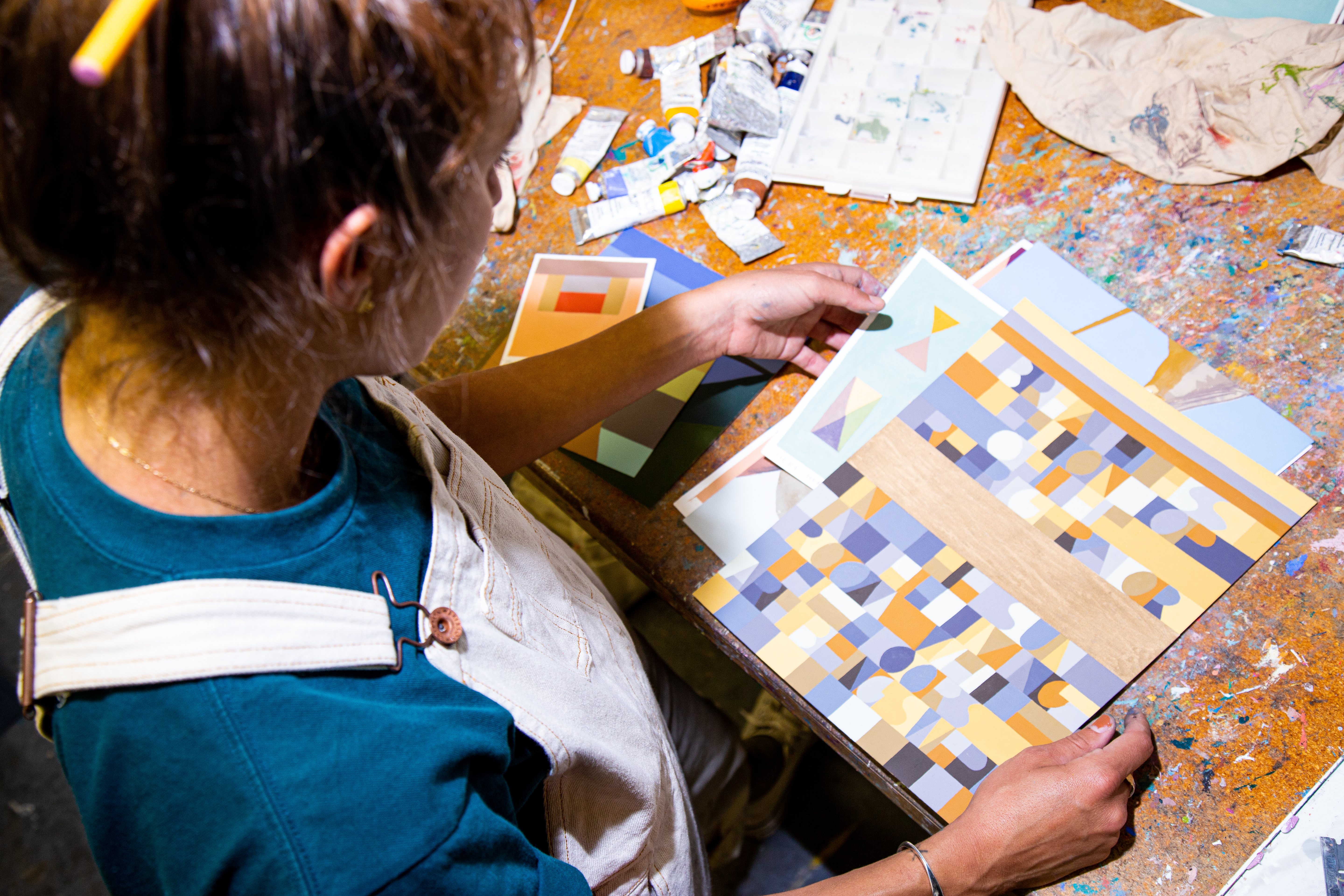 This withdrawal of the personal had an unintended consequence. Texeira discovered “a composition and a palette that worked for selling.” She went on, “I started making work that felt very obvious and easy to digest and pleasing to the eye.” She was grateful to make a living from her art, but eventually felt a vacancy bloom in the paintings. “This looks like every other graphic, colorful work that is out there right now,” she concluded. “I was like stop—stop taking the easy road out. If you’re going to tell a story, what is the story?”

Looking for an answer, she turned to her sketchbooks and observed that her writing could imbue her work with intimacy while avoiding the dissolution of memory that she had grown to fear. “I find these more interesting, surprising, strange compositions when I am pulling thoughts and images from my writing,” she explained. The new book explicitly stemmed from a desire to share this component of her practice, and changes in Texeira’s paintings began to emerge as well. More text—inspired by explanatory museum placards and captions under old National Geographic photographs—seeped in. Handwritten titles at the bottoms of paintings grew into extended metaphors, snippets of conversations, entire paragraphs of text. 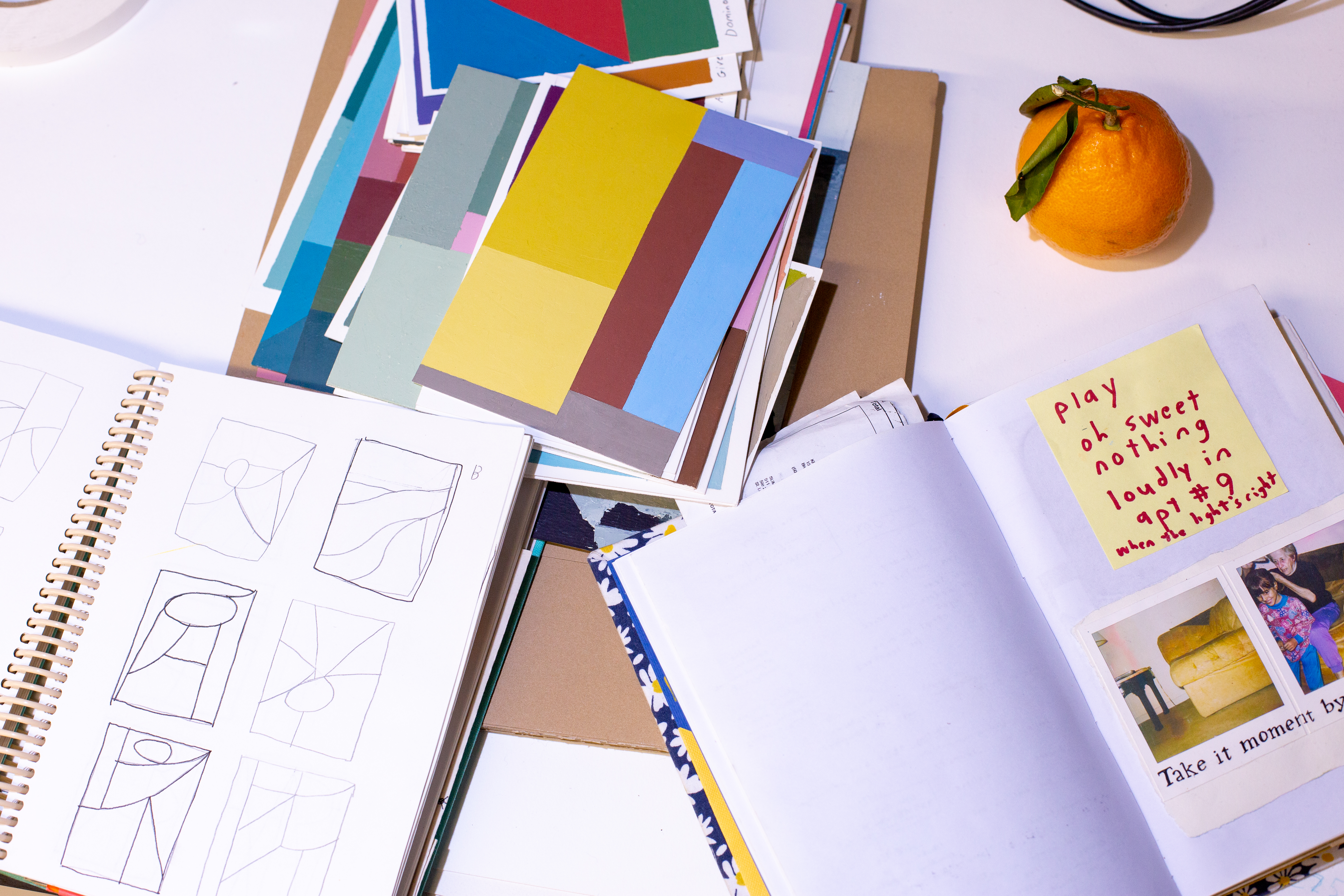 Recently, Texeira has begun to incorporate language pulled from her writing directly into her painted compositions. The letters almost disappear into the abstractions around them, and full words often have to be puzzled over or determined from context, toying with the relationship between the signifier and the signified. “I like that the words are a little bit hidden,” Texeira said. She achieves the effect by allowing the text to dictate the composition—beginning with a tight drawing of the letters and then flooding the work with colors inspired by the message itself. One compositions reads: “FUTURE IS FOREVER PAST IS FOREVER GHOSTS ON BOTH SIDES.” Texeira refers to the works as a series of subconscious truths, and they represent a loosening of her grip on the particularity of her own experience. “Those are my secrets in a way,” she explained. “But I’m just letting little bits and pieces of them out into the world to act as shapes, to have a conversation.” 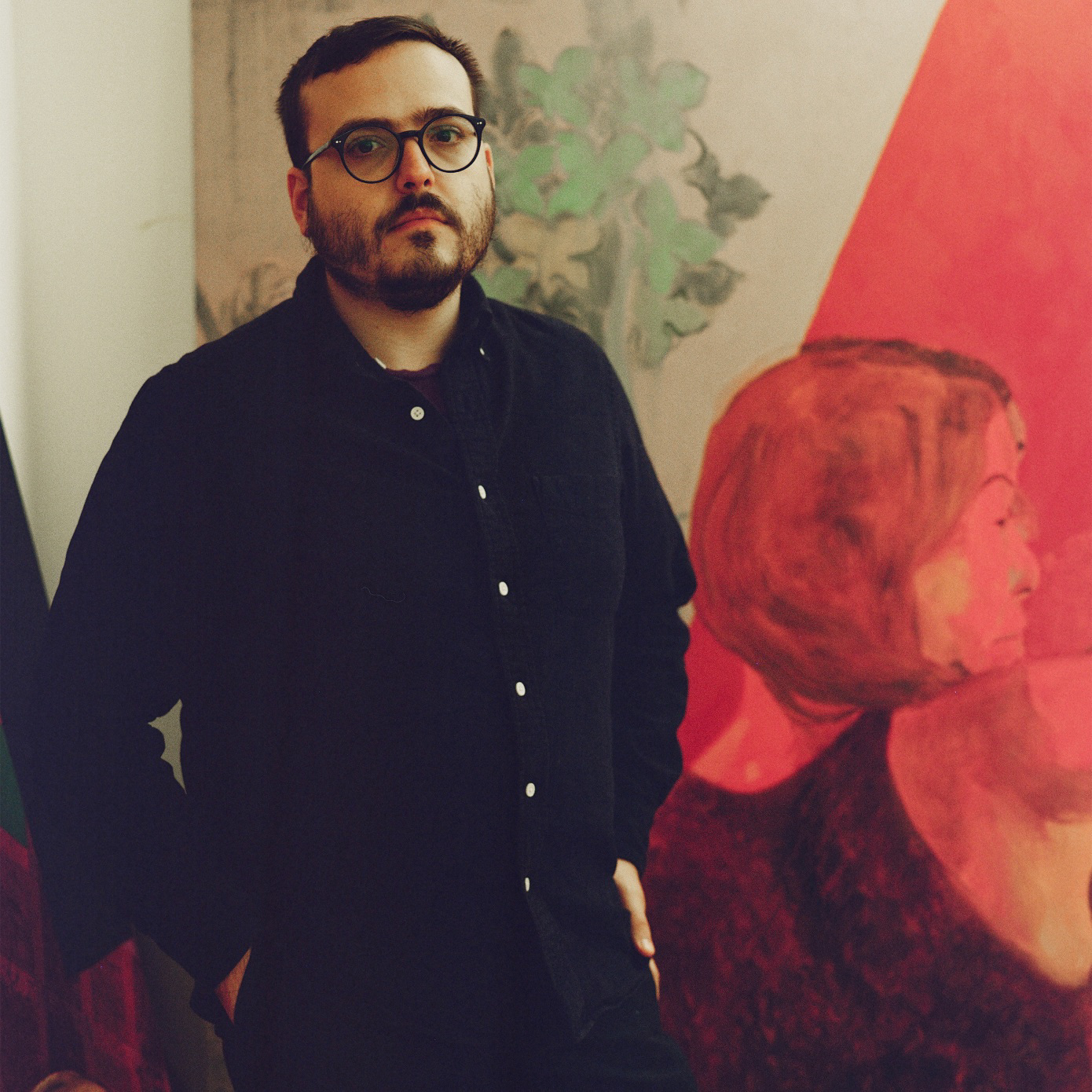 For Anthony Cudahy, Color Is a Character 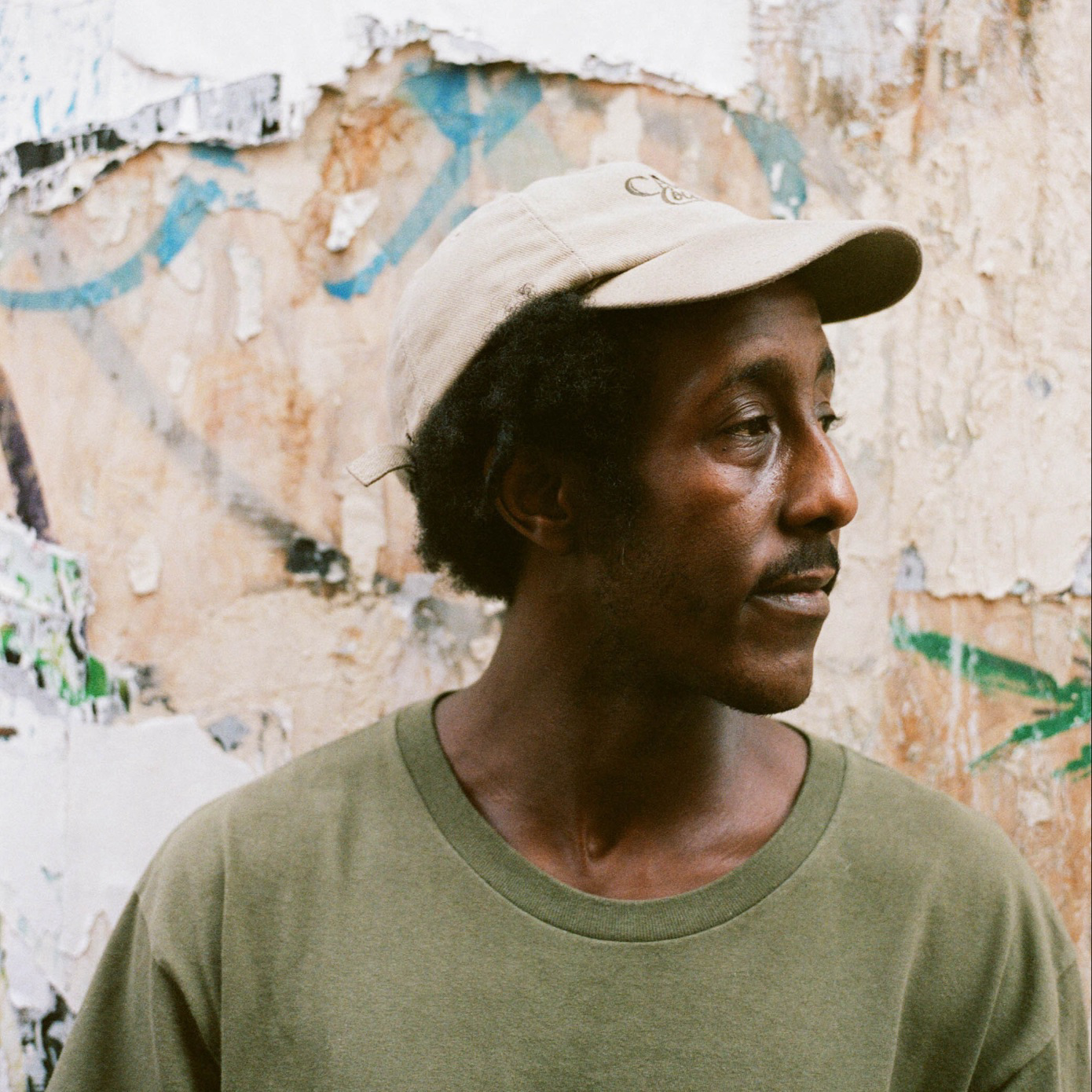 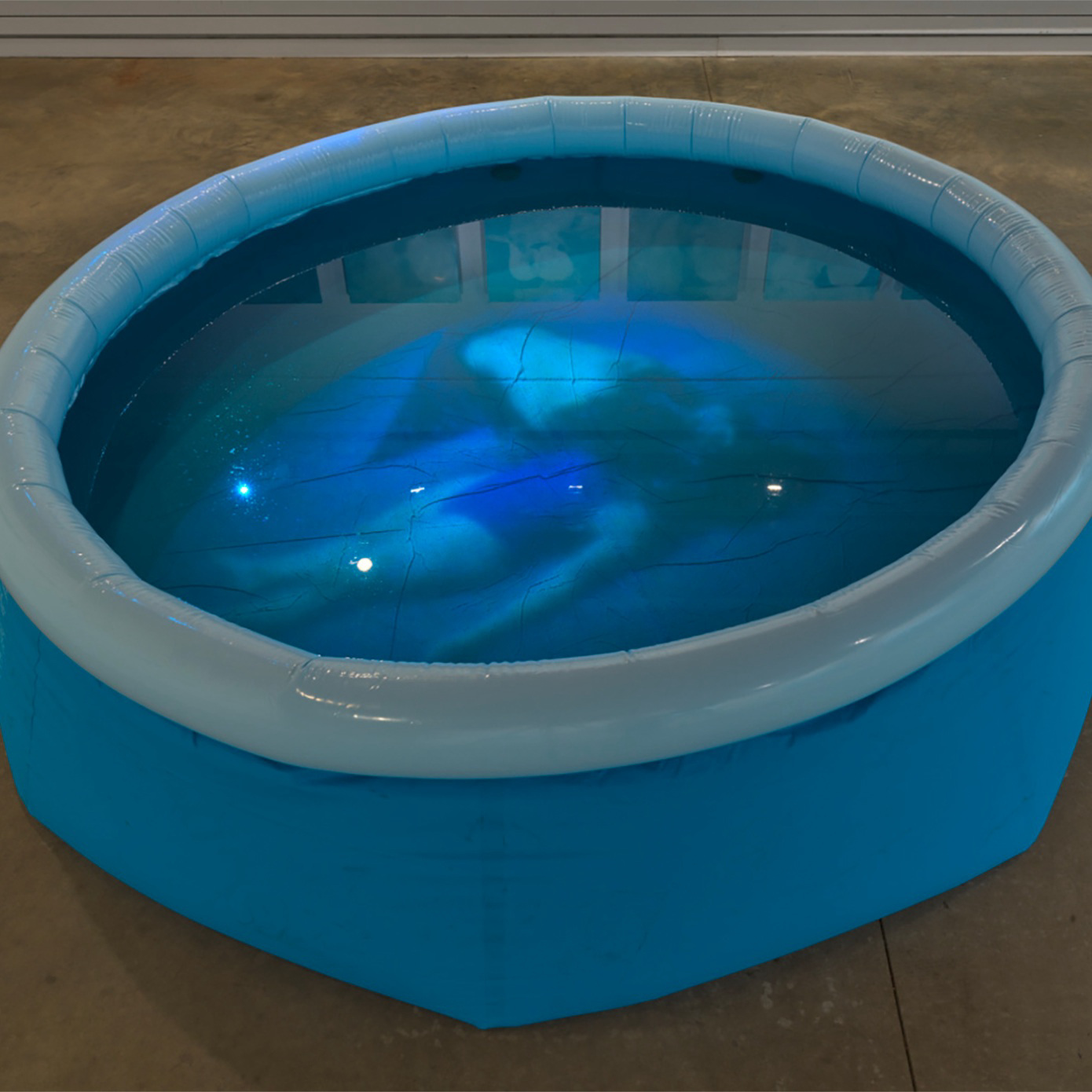