EC: You were born in Saint Andrew Parish, Jamaica, and moved to Miami at the age of four. How do both spaces inform your work and, more importantly, your understanding of identity and diaspora?

JS: My being is always straddling multiple worlds, and I have agency to speak unconditionally about truth, landscape, language, time and the body— themes that form the basis of my work. I think a lot about the poetics of reciprocity and relation, in which an individual’s identity is not complete without the other’s. Growing up in Miami as a Black immigrant and living undocumented for two decades certainly influenced my worldview. The notion of sovereignty is incomplete without solidarity—I am not free until all of my brothers and sisters are free.

EC: I first had the pleasure of seeing your work at your thesis show at UC San Diego, where you received your MFA. You were showing a trilogy of short experimental video works: Playing Possum (2012), Moon Tendon (2015) and Medical Gaze (2013). I was blown away by your filmic approach. Who are some of your cinematic influences?

JS: Thank you. Works by Samuel Beckett that I encountered in undergrad are a big influence on my filmic space. What Where (1983), Quad (1981) and Come and Go (1966) are my favorites. I can’t really describe it fully here, but the work just always felt familiar the way language is fractured, the psychological vacancy, something that reminds me of island psychology. A Man Escaped (1956) by Robert Bresson and The Spirit of the Beehive (1973) by Víctor Erice are two films I go back to a lot.

EC: For your Hammer project opening in January, “Un Chemin Escarpé,” your main reference point is the geologic term “escarpment.” How does this term fold into your work?

JS: My examination of the word “escarpment” grew out of a desire to connect and organize relations I began to see in my recent works, most explicitly in a 40-minute piece I choreographed and directed for stage called Beneath the rivers, there are no borders (2018). These recent works feature the rhombus shape, and my usage of this shape originates from memory. The rhombus was a prominent feature in the architecture of my mother’s childhood home in Jamaica—one was above the entryway. Growing up, my mother would share memories of bats, lizards and other creatures entering the house through that rhombus, as it functioned like a vent. It’s a form that I’ve always seen as a threshold, a place where the inside and outside merge. Last year my research on the St. Johns River led me to spend time in the Lake Wales Ridge area of Florida, examining the topography. There I began to see the rhombus in the ridge form that defines this region of the peninsula. Escarpment feels like the origin. It’s a metaphorical genesis, finding genesis in science; it’s a word that feels quite active. Escarpment is a steep slope. 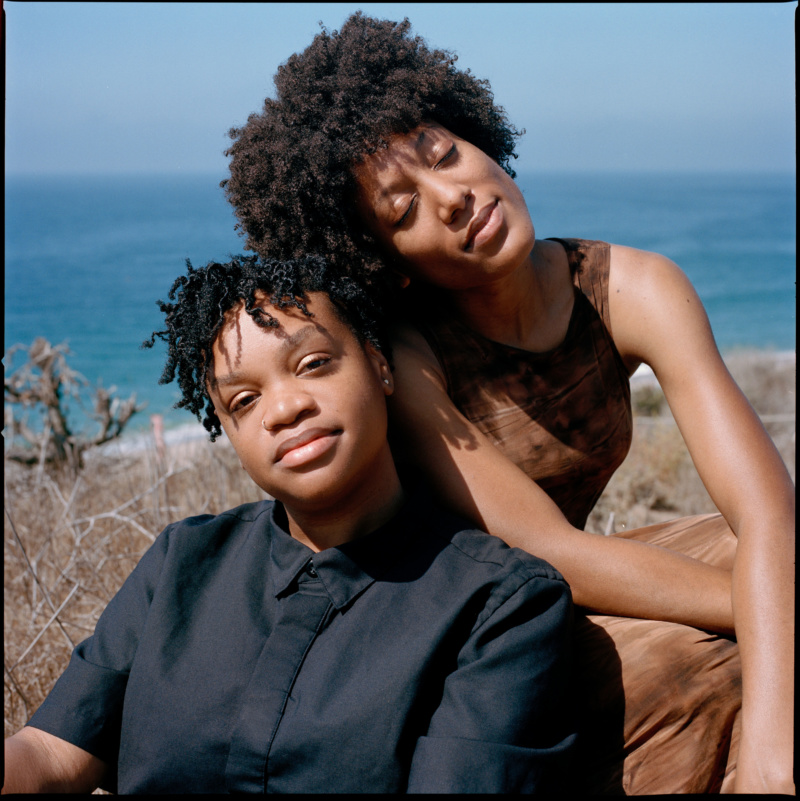 EC: You also incorporate into your work a feature of the Caribbean Sea known as the Rossby whistle, in which a sound is produced every 120 days that can only be detected in space! How did you discover this phenomenon, and how does it function within your oeuvre?

JS: I first encountered the Rossby whistle in 2016 by way of research I was looking at from Colombian climate scientist Camilo Mora, whose work is outlining the alarming effects of climate departure, especially in the tropics. The Rossby whistle is inaudible to the human ear, but can be heard from space in the form of wave oscillations of the earth’s gravity field. I featured a recording of the whistle that was pitched up several octaves so it could be heard by human ears in a 2016 performance called My Queen before you go tell my horse, and made an installation related to it recently in Berlin, a piece called Mnemonic for the Caribbean Sea.

Within the installation I incorporate the Rossby phenomenon through choreography; a sequence of movements I perform is inspired by it. I additionally feature the clarinet in the score I’m composing, and oceanographer Joseph Lacasce at the University of Oslo describes the Rossby basin modes as “like acoustic waves in a clarinet.”

EC: Tell me more about your love affair with Saturn.

JS: I was always enamored with the immensity of the universe, and definitely as a kid Saturn’s rings left a mark on me, always fascinated me. But now I’m impressed by the idea of relating my own body to its features. You know, always thinking about different states of matter and being able to shift and feel all of them, become them.

Moon Tendon was my love letter to Saturn’s moons. We would have a better chance of living on one of its moons, since Saturn has no surface— in order to live on it, we’d have to be gas. It could fit 764 Earths and it is lighter than water, so this massive being could float on water if there was a body of water big enough. Just a forever wow!