7 Booths Not to Miss at Independent New York 2018

After a snowy start to Armory Week, Independent New York, a fair on the cusp of its first decade, felt like a breath of fresh air. The sun streamed in through the floor to ceiling windows of Spring Studios, giving VIP hour a golden hue, which was echoed by energetic sales. CANADA's monochromatic booth of Elisabeth Kley's ceramics sold out within the first hour. Stalking the aisles for friends and finds, we were taken by the impact of the fair’s solo- and two-person booths. Here is a peek at some of our favorites. 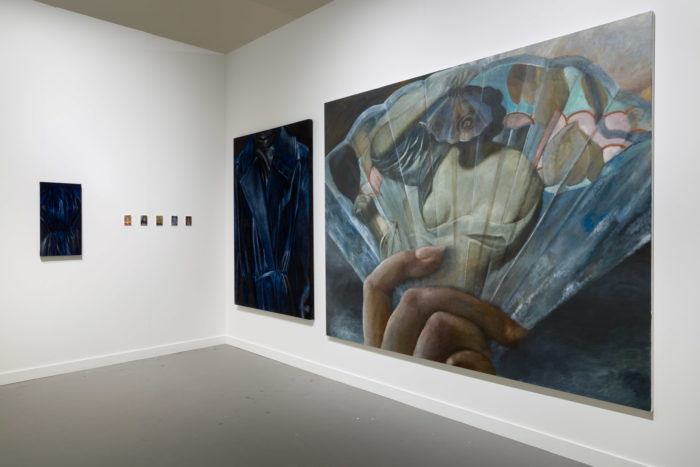 Carlos / Ishikawa The fanned figure in Issy Wood’s Mad at Me (2018) beckoned from the entrance of Independent’s fifth floor. Worked to perfection by the London-based painter, her romantic imagery with a capital R seduced with its bittersweet mixture of melancholia and humor. 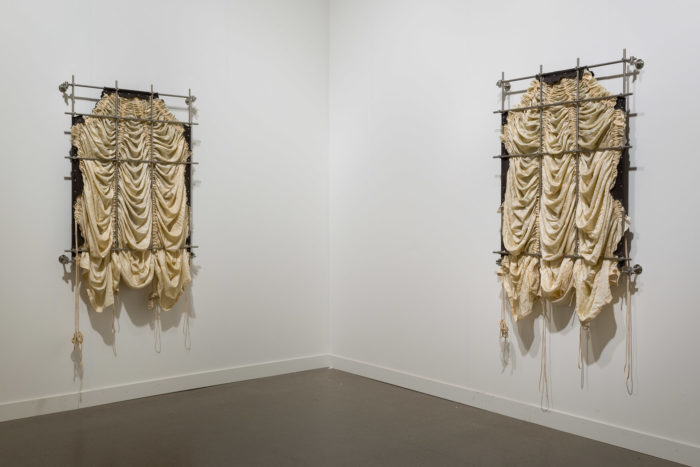 JTT We can imagine JTT’s Jasmin Tsou and Marie Catalano didn’t have many chances to sit in their Anna-Sophie Berger-designed chairs, but we still loved them all the same. Their glistening sheen seemed like the perfect complement to a textile-heavy booth featuring Borna Sammak floppy embroidery and a sculptural diptych by Elaine Cameron-Weir featuring a curtain of parachute silk. 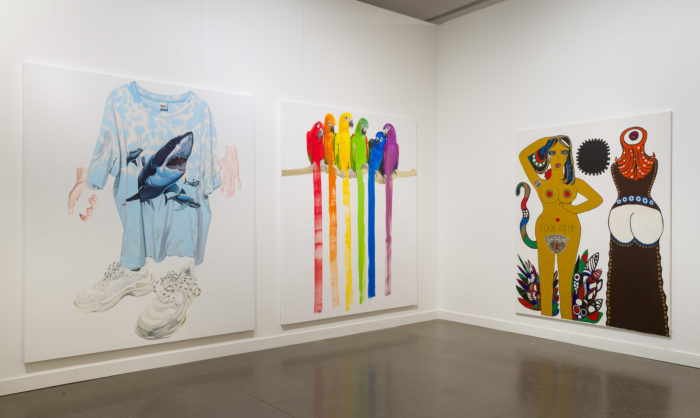 Air de Paris Right next door at Air de Paris, we were overwhelmed by the psychedelic palette of Eliza Douglas and Dorothy Iannone’s work, which drew visitors in like a magnetic force. Humorous and brilliant, Douglas’s depictions of parrots turning into brush strokes felt like a well-timed joke on the fair week’s jungle-like atmosphere. 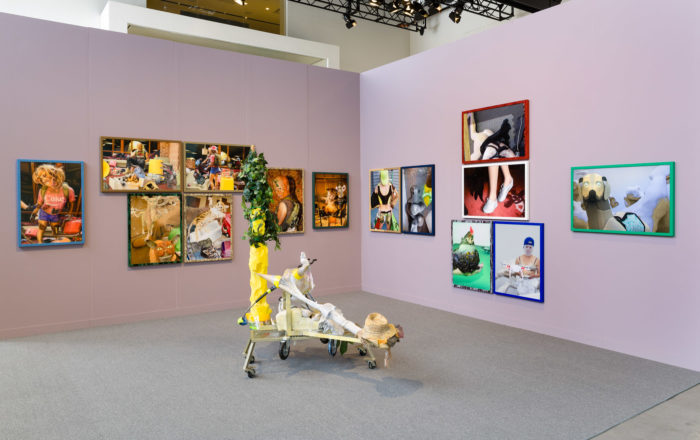 Sprueth Magers Upstairs on the 6th floor, the heavy-hitters were clustered together. Sprueth Magers rolled out a carpet for a booth dedicated to digital manipulations by Ryan Trecartin and sculptures done in partnership with his longtime collaborator, Lizzie Fitch. At once narrative and abstract, Trecartin’s disorienting images of detritus felt more tender than his usual fare. 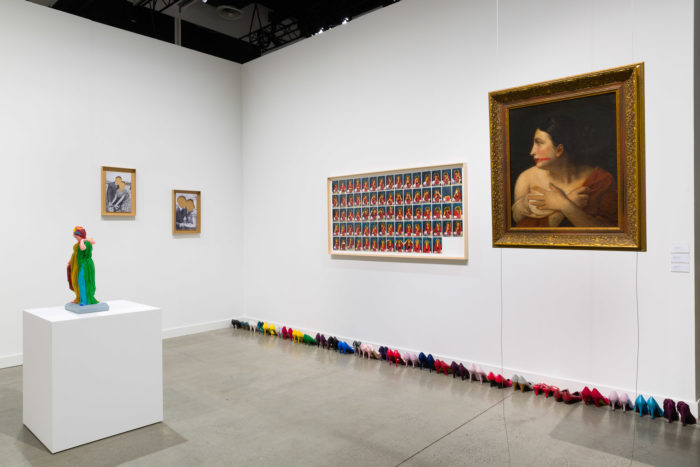 303 Gallery Close by, 303 Gallery presented what amounted to a booth-sized retrospective of Hans-Peter Feldmann. Starting with his All the clothes of a woman (1973) and moving forward, the presentation highlighted a conceptual collecting career that inspired John Baldessari and Richard Prince. The most enticing work, High heels-shoes, a line of ladies pumps purchased at offbrand Berlin department stores, felt at home amongst the fashionable throngs. 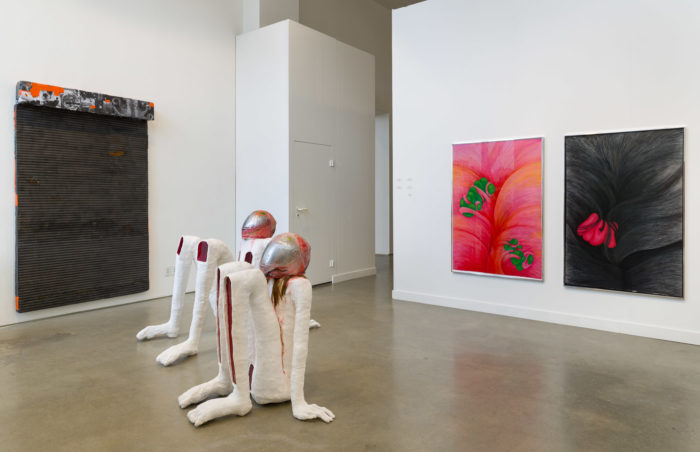 Peres Projects Rebecca Ackroyd's seated sculptures and drawings were a welcome discovery at Peres Projects. The young, London-based artist bodily imagery felt surprisingly fresh. Staring into the exposed knee cap of her helmeted figure, one felt the collapse of the interior and exterior in a way that felt fittingly acute and ridiculous. 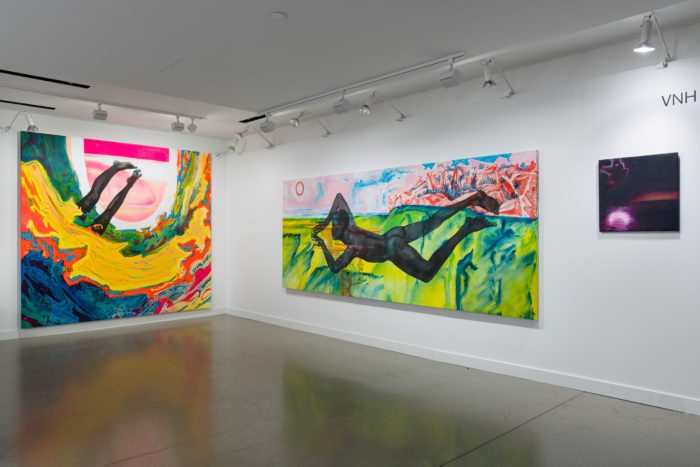 VNH Who wouldn’t be seduced by a trio of Cy Gavin paintings? Cozied on the top floor near White Columns and the Swiss institute, VNH's booth glowed with the artist’s signature fiery sunset wash. Up close, one could see the paint—the beauty of intention. This weekend, Gavin’s paintings will be on display at the Whitney’s new group show, “Between the Waters.”