Can Tarot Cards Be a Mechanism for Social Change?

Since the onset of the COVID-19 pandemic, the ancient practice of tarot reading has seen a rise in popularity, shaped by contemporary healers to serve those seeking to question the status quo.

It’s no secret that stories help us make sense of life and the world around us. As humans, we are storytelling beings who, across cultures, rely on narrative through religious texts, parables, songs, novels, films, and poems to understand our experiences, emotions, and environments. As a tarot reader, I’ve always considered tarot to be a mindful, spiritual practice rooted in storytelling. The images’ colors, figures, and symbols, while open to interpretation, are like narrative building blocks—each card in a spread functioning like a chapter in a novel.

The origins of tarot are blurry (some historians point to the oldest set of cards, the Visconti-Sforza deck, and its origins in late 14th- or early 15th-century Milan, while others have speculated upon ties to ancient Egypt), but the cards seem to be more popular than ever today. In recent years, creative director Maria Grazia Chiuri has incorporated motifs and archetypes from the tarot into her designs for luxury fashion house Dior—the haute couture Spring Summer 2021 Le Château du Tarot collection features billowing gowns, tailored trousers and capes, and luxe, Renaissance shapes inspired by the Visconti-Sforza deck’s major arcana archetypes such as The High Priestess, The Fool, and Justice. Last year, the Museum of Modern Art in New York hosted an extensive retrospective on French artist Niki de Saint Phalle, whose sculptures and paintings are notably inspired by the tarot. Podcasts like Your Magic with Michelle Tea, which often features celebrity guests, as well as a new, exquisite book from Taschen’s Library of Esoterica series further demonstrate tarot’s rise. Lynn Araujo, the editorial and communications director at leading publisher of tarot decks US Games Systems, told FT last year that “the rise has been even more dramatic during the pandemic. We’ve had to double many of our print runs because they sell out so fast.” Our unprecedentedly uncertain times seem to have awakened a fast-paced collective interest in the mythology of the tarot.

For tarot reader, licensed social worker, and author of Tarot For Change, Jessica Dore, whose poetic musings and scholarly reflections on the tarot have become widely shared across social media, tarot is a practice entrenched in meaning-making. Dore has no interest in using it as a tool for answering questions but sees reading the tarot as an opportunity to complexify something rather than boil it down. The more Dore stepped into this approach, the more she realized that people also don’t necessarily want to be given answers—that maybe there’s something uniquely healing about the will to be in question with others.

The way she reads is often met with enthusiasm by clients, but can make tarot purists, who interpret cards more traditionally, uneasy. “I think it’s really important that people understand that it’s our right to take the symbols that are around us and to make meanings with them and to speak that truth,” says Dore. “Otherwise, you get somebody else saying what reality is. It’s really powerful to feel like you can participate in that process.”

The Justice card in a deck called The Black Queer Tarot—a collaboration between artist and designer Kendrick Daye and artist, author, and healer Justin Henry released in 2021—exemplifies the significance of tarot’s ability to heal through this kind of worldbuilding. In alignment with Western heteronormative tradition, the Justice card in many decks is depicted by a regal robed figure who sits confidently at a throne, holding a sword in one hand and a balanced scale in the other. The card and its traditional symbols conjure themes of fairness, responsibility, legal matters, accountability, and truth; or when the card comes out reversed, unfairness, imbalance, or dishonesty. In The Black Queer Tarot, the Justice card and its message are illustrated through an entirely different, intentionally crafted image featuring a Black Trans Lives Matter protest. “The reversal of the Justice card in the guidebook speaks to something I noticed occurs a lot in the queer community and in the Black community when it comes to protesting and activism,” Henry says of activism that centers Black lives yet excludes Black trans lives. “I think it’s a story that a lot of queer folks can relate to, and if people are using these tarot guidebooks to dictate how they’re interpreting readings and using readings to make choices in their lives, they should be reading stories that relate to them.”

On the topic of gatekeeping and representation in tarot culture, tarot reader Halicue Hanna underscores that despite its Western and Eurocentric history, reading the tarot is not a closed practice and should remain accessible to all—especially as it gains in popularity in isolating times. Her advice: “If it calls out to you because of the enormity and the beauty of what you might discover inside about yourself, get into it.” As an anti-violence advocate and counselor, Hanna’s approach to the tarot is founded in an emphasis on self-work. While more historically accepted avenues for healing such as therapy, which can be expensive, or religious practices, which can be dogmatic and exclusionary, the tarot is something we can engage on our own. “It is an opportunity to be quiet, create ritual, go inside for answers, create a sacred space and open up a portal into our own deep universe,” Hanna says.

While tarot’s rise as a popular form of self-care has provided many with a framework in which to feel grounded during precarious times, there remain concerns around the unregulated nature of tarot culture, with specific regard to exploitation, commodification, or fraudulence within the space. “It’s a big can of worms. Anyone can take a bunch of pieces of paper and turn them into tarot cards,” Dore says. “But the more people who want to do that, to me, the better, because that’s just bringing more people into the process of making meaning for themselves and naming the world in a way that is empowering to them.” 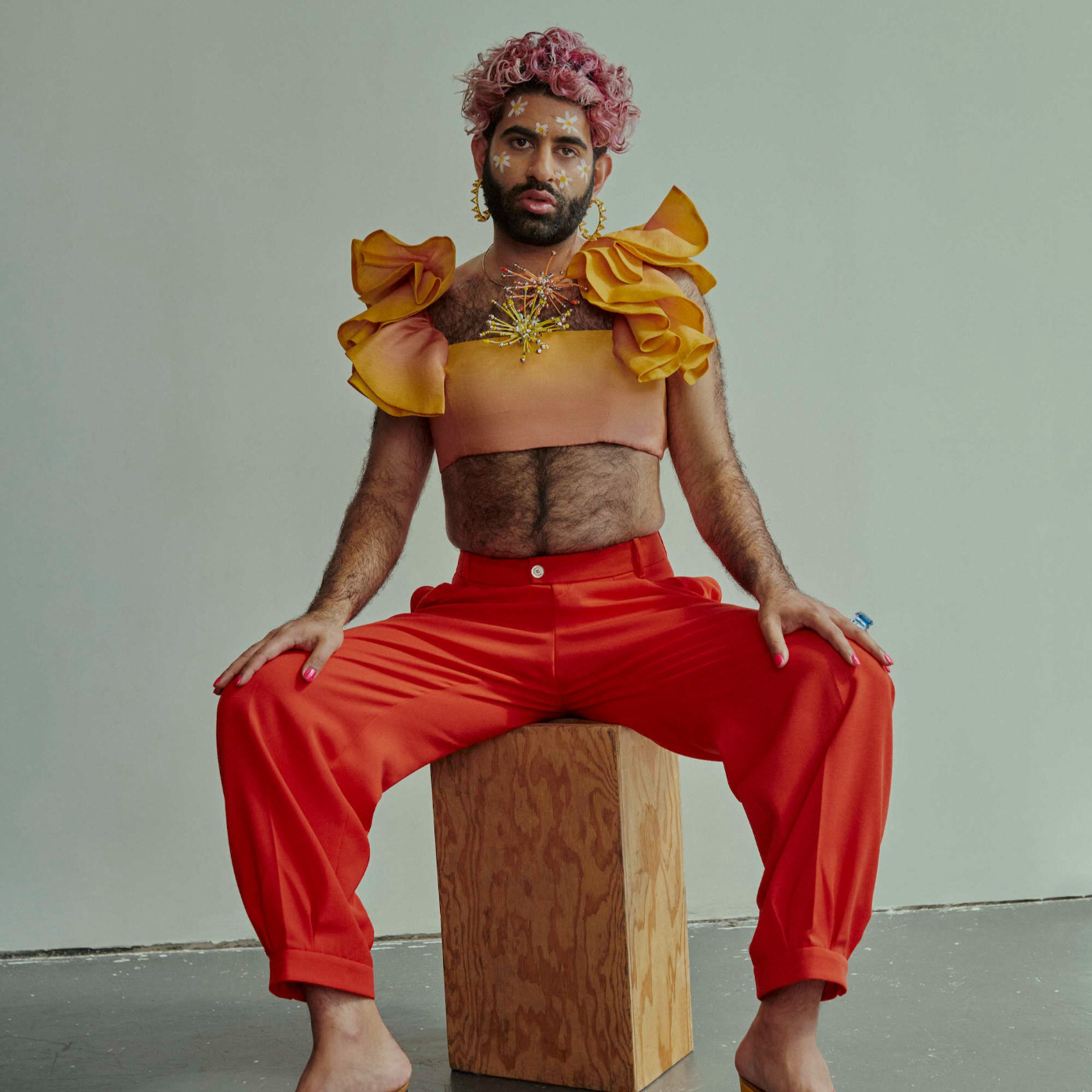 Alok Vaid-Menon Questions Who Gets to Be a Designer