Femininity is a complex subject for designer Simone Rocha —whose aesthetic flights of fancy both delight and disturb in equal measure— and one that she interrogates with audacity.

In the gloom of St. Bartholomew the Great church in London, Simone Rocha’s Spring/Summer 2022 collection glimmered. Inspired by the Dublin-born designer’s experience of having her second child, there were frothy white gowns—their voluminous forms recalling those worn for communion—trimmed with ivory satin ribbons, which trailed lightly on the ancient stone flooring. There were creamy tulle babydoll dresses iced with delicate configurations of pearls, and downy pointelle knit cardigans with bows. And a recurring, and arresting, motif? Nursing bras, edged with gems and jewels, their utilitarian purpose made precious and kinky at the same time.

Something about the collection was quintessentially Rocha. Its outlandish beauty, yes, its slight weirdness, its dark humor, but also the sense of something darker still, just under the surface—something uniquely tied up with the female experience. It was created at a time when the designer was incredibly “tired and distressed,” she tells me from her studio. Femininity, for her, is a layered concept. There’s the superficial and the stereotypical—“the connotations of what people think are feminine and girly,” she explains—and then there’s what’s beneath, what women have been historically conditioned to keep hidden. “The blood, the trauma, the guts, the practicality.” Excavating that is the designer’s speciality—and she’s not afraid to dig deep.

Presenting as unapologetically feminine in today’s world is a rebellious act in itself. Some of her clients, says Rocha, who founded her brand in 2010, tell her that stepping into her pieces feels like putting on armor, making them feel strong. (Incidentally, the designer’s interest in Victorian fashion comes in part from a fascination with how, though restrictive, it celebrated the female form when women were largely voiceless.) “They’re not clothes that want to apologize,” she says. And indeed, Simone Rocha signatures—including gauzy gowns with exaggerated volumes, roomy smocks and jackets with exaggerated puff sleeves, and pearl-adorned accessories—become almost a uniform, a powerful statement of femme presence. The designer’s confidence and consistency in her aesthetic undoubtedly owes something to the fact that she grew up around fashion; as the daughter of Hong Kong–born, Dublin-based designer John Rocha, she attended her first catwalk show at just three months old.

Rocha likens her design process to writing “chapters in the same story.” In fact, an enthralling aspect of her work is how it weaves threads from all sorts of unexpected places into compelling narratives, with influences as diverse as Anne Boleyn and Japanese photographer Nobuyoshi Araki. One of the designer’s most consistent influences, however, is her Irish heritage. It comes across in the nods to Catholicism that pervade so many of her collections, and her reverence for handiwork; Rocha’s trademark embellishments are worked on from the very beginning of the design process, “almost like mini sculptures.” Often, it’s pointed out more overtly: her Fall/Winter 2022 collection took the Irish legend Children of Lir as a starting point, with stately stand collared overcoats and roomy biker jackets splaying out into ruffled, winglike shapes.

The designer’s latest project—other than, of course, raising two young daughters and preparing her next collection—is “girls girls girls,” a major group show that she has curated at Lismore Castle Arts in Ireland. Running until October 30, the exhibition interrogates the female gaze through the work of multigenerational artists and, unsurprisingly, has a suitably Rocha-esque oddness to it, featuring pieces including a painting of conjoined twins by artist Cassi Namoda, and Louise Bourgeois’s phallic bronze Janus In Leather Jacket. The project seems a good fit for Rocha given that if she hadn’t become a designer, she may have become an artist—and that Bourgeois was one of her idols. (Rocha wrote her college thesis on her, and has since collaborated with Bourgeois’s Easton Foundation.) As for what the designer most admires about her? “She was an incredibly strong artist, but her strength came from the fragility and distress within womanhood, and then her exposing it.”

The talented Rocha could just as easily be describing herself. 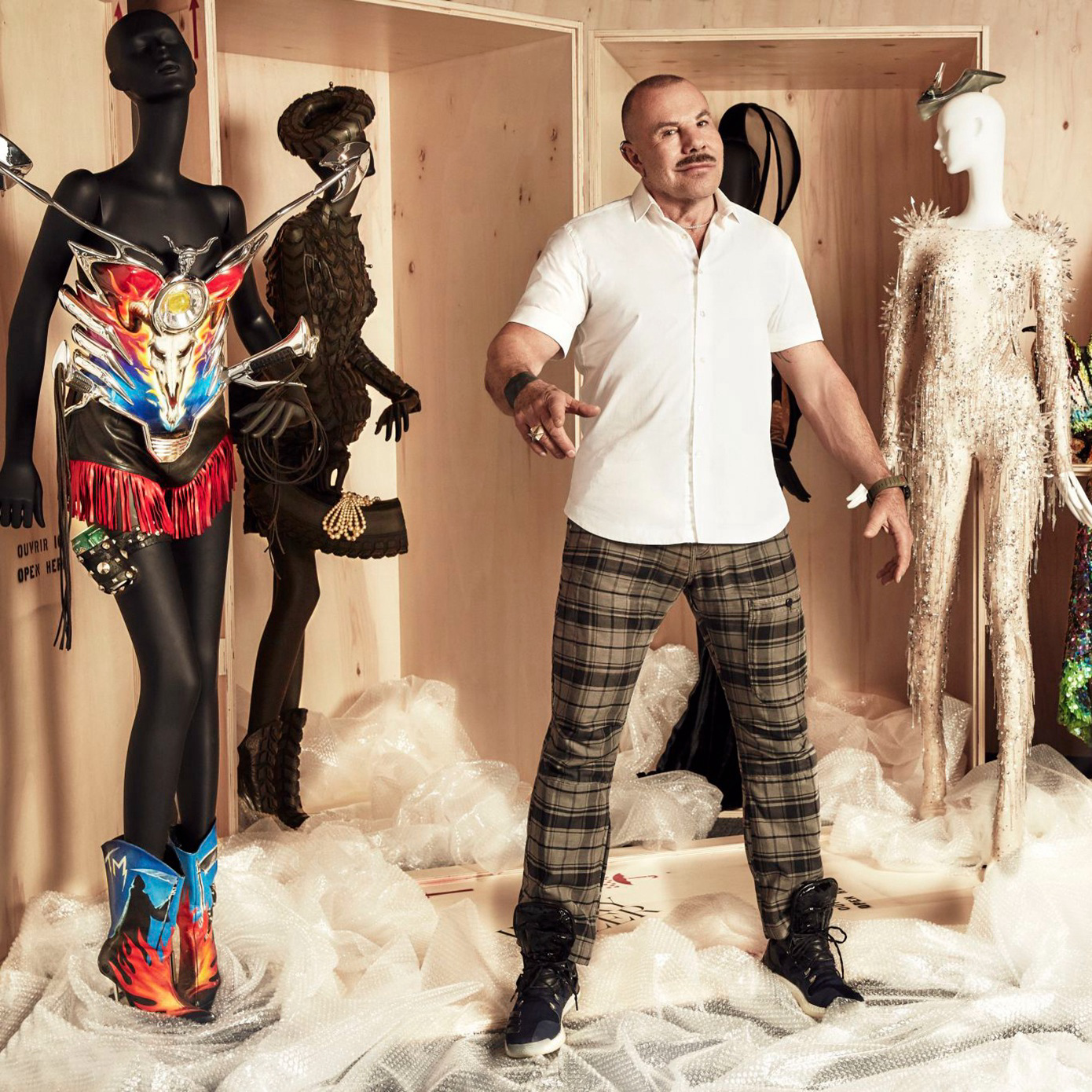 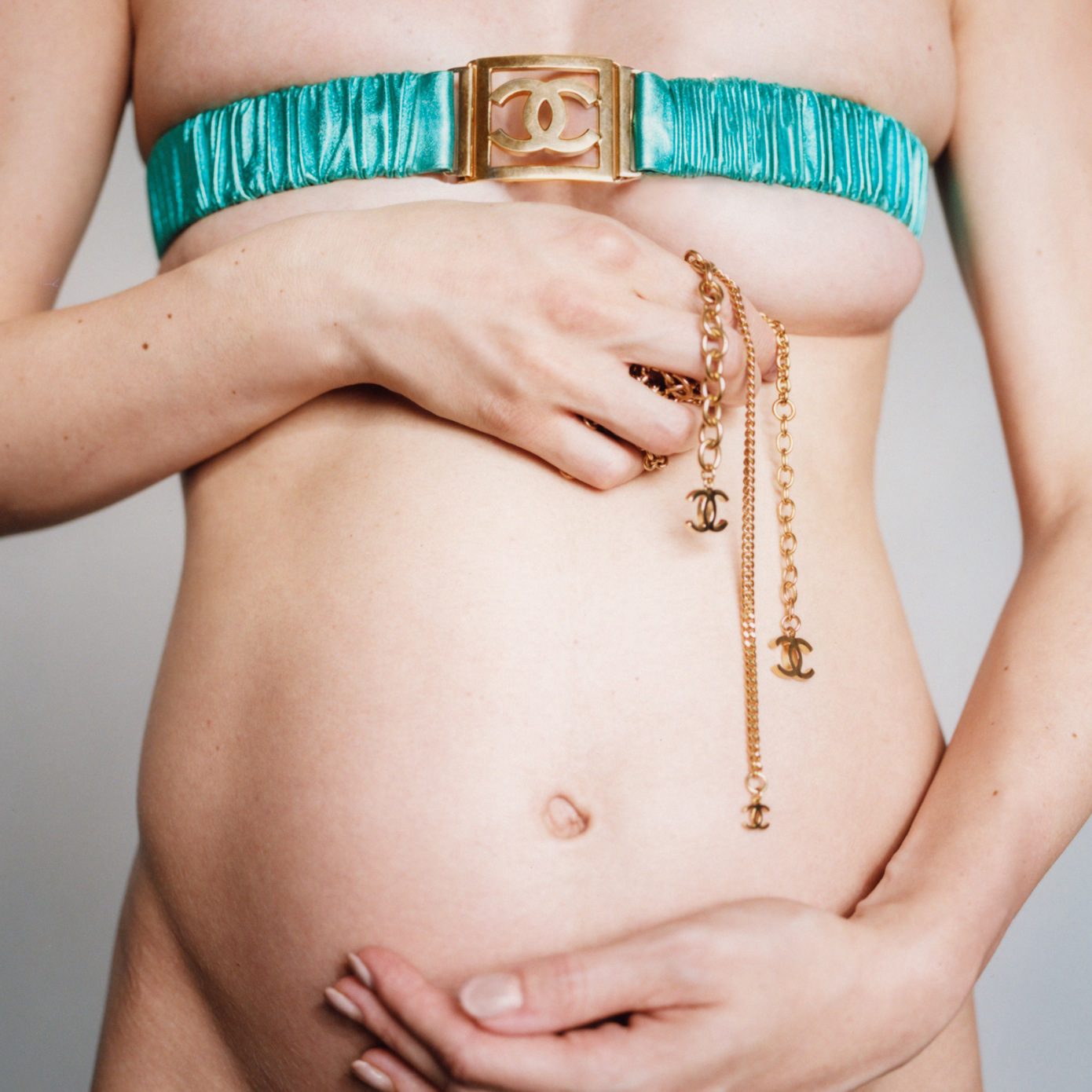