When fashion designer Rhuigi Villaseñor immigrated to Los Angeles at the age of nine, he stood outside its sun-soaked gates wanting to understand the city’s velvet-stanchion-protected secrets. He’d grown up revering LA’s on-screen personality, watching Hollywood classics with his mother as they trotted the globe together following his father’s architecture practice. After his family’s hasty exit from Manila, Villaseñor acclimated to his new adopted hometown through meticulous observation, taking a special interest in what his peers were listening to, wearing, waiting for and dreaming of. His careful, verging on obsessive, eye for people watching fed the foundation for his brand, Rhude, which Villaseñor launched in 2015 to marshal the full forces of an already-established fan base. In the years prior to Rhude, the designer had found a niche dropping brandless (but sought-after) streetwear capsules to the online community he’d honed through extensive research and networking. His brand name, Rhude, gave formal shape to a concept years in the making.

Rhude’s first official collection, “Sugar Land,” named for the small Texas town, featured asymmetrically cut tees inscribed with slogans such as “American Spirit” and burned with cigarettes, almost-too-ripped jeans and fatigue-inflected basics in desert tones: a Spaghetti Western brought up to 2010s speed with hints of The Fast and the Furious. Launched alongside a short, docu-inspired film starring a gun-wielding military recruit, Villaseñor’s debut laid the groundwork for a cinematic alternative to LA’s notoriously anticlimactic fashion sense. Yet, at the time, only sites like Hypebeast were tuned in; Vogue Runway would show up later. 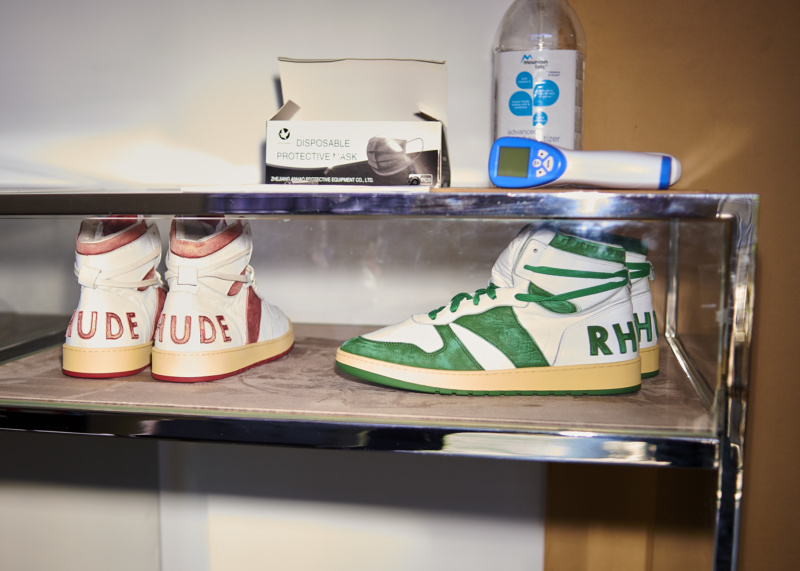 In 2021, however, Villaseñor is no longer on the outside looking in. According to a GQ profile from January, he is now effectively the main stage of LA fashion scene with advocates in every nook of its star-studded coasts. Seminal emcee, producer and collector Jay-Z is an outspoken devotee, appearing with the designer courtside in pre-COVID paparazzi snaps. I’ve also noticed that artist Arthur Jafa devotedly wears the designer’s first sunglass collaboration with Thierry Lasry: a set of chunky frames that set the eye like a jeweler might a precious stone—perhaps because I covet them too.

On a recent phone call, I asked what all this popularity means for Rhude, a brand that was conceived to foil, and even maybe roil, what had existed before. “We are growing up together, the fans and I,” Villaseñor says of his evolution over the eight past seasons. “I’m pushing them to dress in new ways and they are doing the same thing for me.” Youth is an acknowledged, central ingredient in Rhude’s bombastic formula. “The work you do before everyone puts you in a box is always the most radical. The work you do before they know you,” the designer states. “The other part is that I can’t be more experienced than I am and I’m trying to enjoy that. Ride that.”

The suspension of judgment seems critical to Villaseñor’s practice, because while he is constantly looking, the designer is reluctant to jump to conclusions. Instead, his objective is to understand the underpinnings of identity as expressed through personal style, or the lack thereof. “I never look at someone’s outfit and think, ‘That is bad,’” he says. “As a designer, my job is to understand why they might have chosen to wear something and to see if there is an opportunity to identify a new common denominator that I can take back into my world and then send something out that is better than what they initially chose.”

For LA’s purposefully homogeneous sweatpants-clad masses, Rhude has envisioned an entirely new canon of loungewear-to-the-touch pieces with more formal pretensions for the eyeballs. The vibe is always casual but elevates through A-list materialism—a quarantine emphasis for the designer that one can see play out in Rhude’s SS21 collection via sumptuous production details like double-faced cashmere and paradoxically tailored leather basketball shorts. 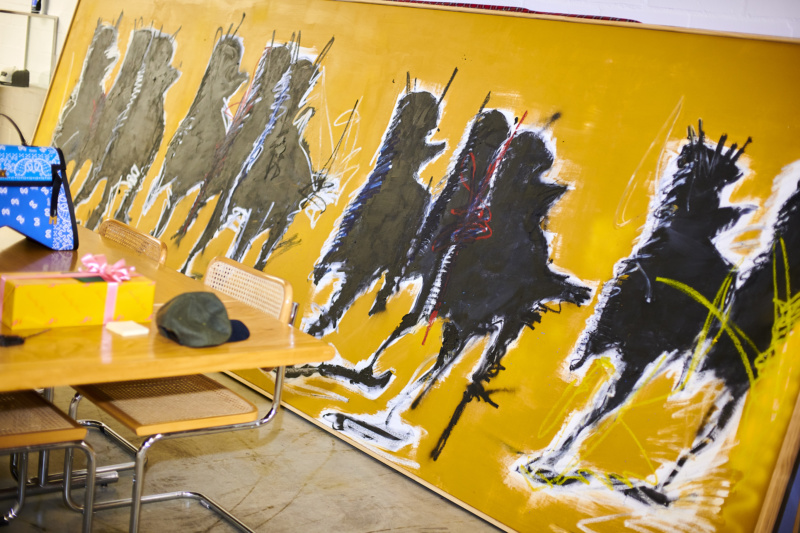 Coverage of Villaseñor’s meteoric rise has stressed the improbability of the designer’s trajectory into the gilded halls of luxury, and yet it seems only fitting that an American immigrant would have a better handle on the US’s cultural touchstones than those already indoctrinated—and no doubt blinded—by the seeming omnipotence of their own narrow experience. “It’s also my job to have my hand on the pulse,” Villaseñor says simply, adding, “You need to know the rules before you break them.” I imagine him as a kind of doctor, nursing LA fashion back to life alongside other candy stripers like Total Luxury Spa, No Sesso, Come Tees and The Elder Statesman. Progress is slow but steady.

With his city on the mend, I ask what comes next in the Rhude saga. I threw out the idea of a feature film. Try the Tom Ford door. The designer laughs. (I’m not the first person to ask.) He is already speaking in embargoes, consulting on a project he can’t name. Then, riffing off my idea, he throws out a joke about a Godfather remake starring Jay-Z. Why not?