Widline Cadet's photographs, many of which picture Black women, compose their own visual poetry. The secret language they speak whispers in the symbolic devices of iconography, repetition, pattern and palette. Some of Cadet’s subjects, often caught mid-gesture, are suspended in the uncanny apprehension of imminent action. In one photograph from her ongoing series, Seremoni Disparisyon (Ritual [Dis]Appearance), two women in matching red gingham dresses bend in unison before a waxed gingham tablecloth, hung as a backdrop against a bright green lawn. The opaque sky suggests that it is night, while a beaming frontal light source indicates the camera’s flash; the resulting scene, as is often true of Cadet’s photographs, is immediately perplexing, loaded with surreal allusion. For this body of work in particular, Cadet manipulates her images, using layers and mirroring to express literally the intersectionality and complexity of diasporic experience. 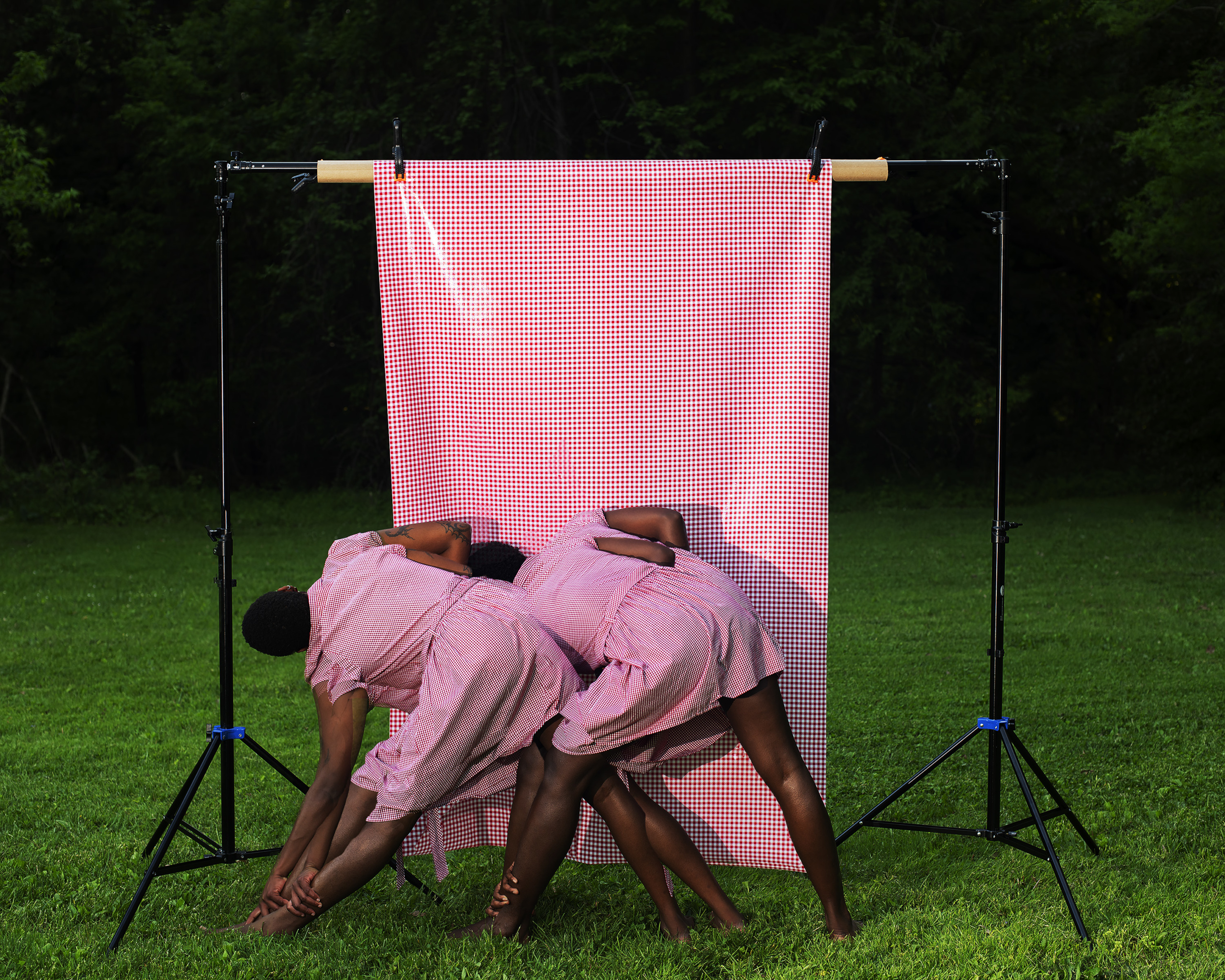 Cadet was born in Haiti and, in 2002, immigrated to New York City, where she still lives. An early aspiration was to become an animator—she was intrigued by the otherworldly visuals of the mangas she was reading at the time—but her drawing practice eventually gave way to other forms of creative and personal exploration, most importantly photography. But Cadet’s work seems to dissect the photograph as a mode of recording space, time or personhood, welcoming instead a murkier set of truths in which photographic images are as compositional as a sketch or painting. This same set of possibilities, or confines, can be applied to the construction of identity, particularly to the spillage produced by colonialism, migration and the discrepancies between memory and history—all topics that weigh heavily on Cadet’s considerations of what it means to be Haitian in the United States. “My work is for me, first and foremost,” Cadet says. “But it’s also for others. I know I feel a lot of joy when I make something and others see themselves or their experiences reflected in it. I’m talking about other Black womxn in particular, Black immigrants from the Caribbean and beyond and Black people in general, who exist at the intersections of so many identities.”