“To call yourself an artist is loaded,” Ravi Jackson tells me, thinking out loud over the phone from Los Angeles. “For a lot of people, it’s about romance.” For Jackson, however, his practice is perhaps a more private, intellectual pursuit. “I’m able to talk about the things I’m interested in with people who are also interested in the same things, or who see things the same way. That’s fulfilling. The day-to-day is what it really means.” Jackson’s days involve hours in the studio, where he spends most of his time looking, particularly at the images he collects as a way to parse through the ever-shifting constellation of things on his mind. As for most artists, the majority of what he makes will only be experienced by his immediate social circle; the most rewarding part of making paintings and sculptures, however, is not necessarily the result, but rather the experience of processing a difficult idea, “of putting the thread together.” 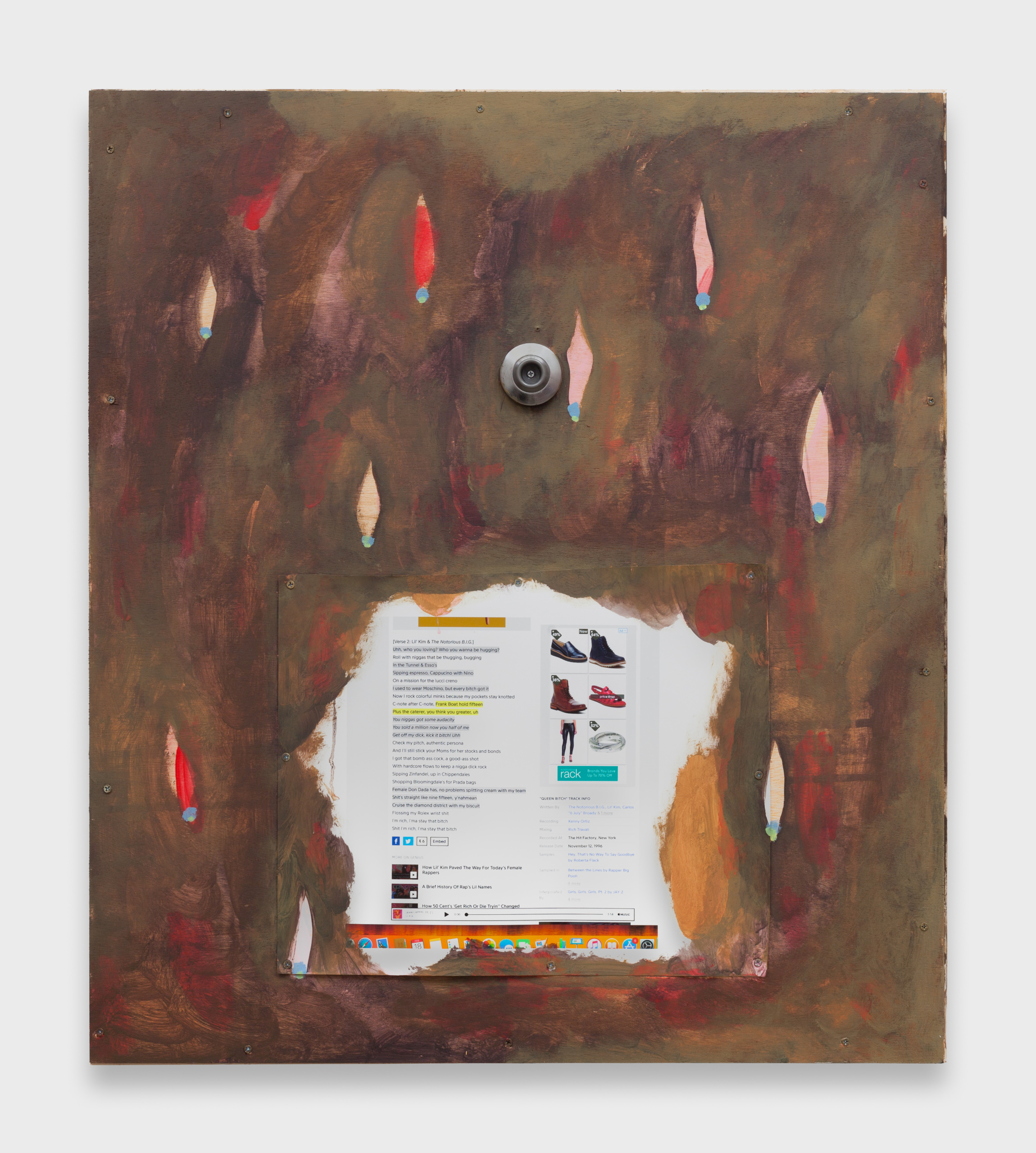 Though he received his MFA from UCLA, Jackson didn’t study art as an undergrad and tells me that his relationship to creative practice—as well as his appreciation of the fundamental connectedness between the different iterations and profound multiplicity of cultural expression on the margins—came instead through music. “As an artist, you hope your work gets across to people. That it’s complicated. That it provokes,” he explains. “But I don’t like it when people can summarize work as being about one thing in particular.” In an age when truncated attention spans beget dangerous oversimplification, Jackson’s work makes a case for an art that need not be easy to explain.