HERE AND NOW: Cozying Up to Sherris

If you’d told Maayan Sherris at seven years old that one day she would have her own fashion line, she probably would’ve responded, “that makes sense.” Furiously sewing her own clothes as a teen and attending a fashion magnet high school program, Sherris stepped into the industry’s career track about as early as one can while growing up on a kibbutz. And rather than dwindling over time, the passion she expressed early on for creating garments only deepened, driven by her affinity for both patternmaking and pushing herself. “I can’t stand to be bored,” the designer confesses by phone. “I am happy to spend days in front of my machine.” 2020 offered ample opportunities for Sherris to indulge herself in this way: “This year was already going to be big, but the pandemic made sure of that.”

The milestone Sherris is referring to is the fifth anniversary of launching her swimwear line, Babes in Bathers, which the designer celebrated with an eponymous rebranding. She used all the fabric leftovers of past collections to create the first Sherris label collection and her first full ready-to-wear capsule, consisting of bright, colorful patchwork sweaters and leggings, or what Sherris’ longtime collaborator, photographer Mayan Toledano, fondly refers to as the designer’s most brilliant season to date. “Every year the clothes get better, but this was far and away her most creative, intricate work,” Toledano says. “I can say this summer every single day I wore her stuff. I used to be a dancer and her clothes make me want to move. They are perfect for the body. I’m glad she changed the name to signal the evolution in the work and she’s gained a bigger following for it.” 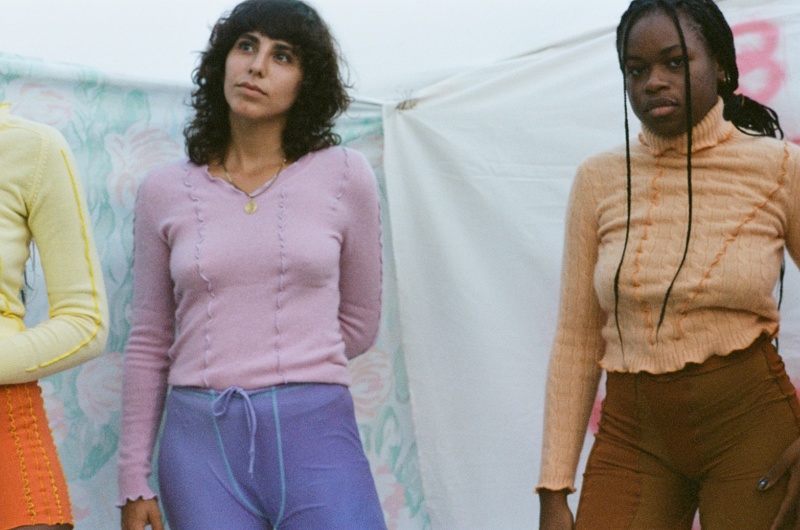 It’s true: Sherris has run very far from its origins. “When I began, it was a school project, which is why it was named that way. Now Sherris is something real, an extension of me,” the designer says. Growing out of a zero-waste senior thesis for Parsons, where Toledano and Sherris first met, Babes in Bathers took shape around the needs of bodies in motion, specifically those of the Columbia University swim team, who served as the designer’s first muse. In the 2016 T magazine article that threw Sherris into the center of the DIY fashion zeitgeist, the designer talked about the inspiration she derived from watching athletic bodies run through their careful choreographies: “As someone who comes from a fashion background, where models are very apathetic over the way they have to look, it was really eye-opening to hear these swimmers talk about their bodies. For them, it’s about being strong and healthy.”

On the phone in her Manhattan studio speaking about her new collection, Sherris reminds me of a sculptor. She thinks and talks in three dimensions. “At this point, I don’t sketch at all,” she says. “My first lines are on the fabric. So many fashion designers don’t know how to make a pattern, but that is like being a dancer who doesn’t know how to move. It is essential to the process.” Sherris’s back-to-front understanding of garment-making allowed the designer to make a semi-fluid transition into early COVID’s isolation mode, which halted the production lines of other brands as the Garment District’s sewing machines stopped their incessant whir. “Someone recently told me I should forget patternmaking, and while I’d love to grow the brand, that is not something I’m ready to give up yet,” Sherris says. “Because right now all the silhouettes are mine, I cut them myself, I draw them on the fabric and sometimes even sew them together.” Her touch is evident in the work. For Sherris, authenticity is not about an aesthetic but a process and practice. 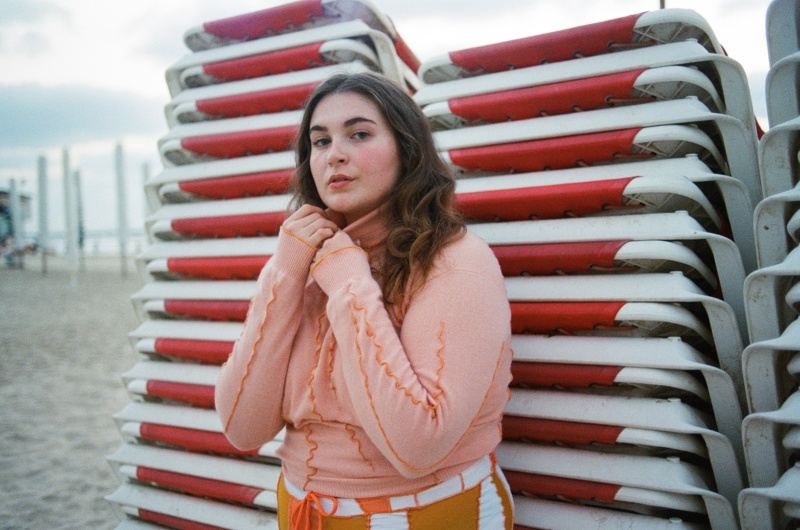 Today, Sherris drops her second collection of sweaters and ready-to-wear pieces, which riff on the shapes she developed for swimmers in their body consciousness. There is a snug intimacy to Sherris’s work that reads formally in her compositions. There is also an inventiveness in the construction that reveals both her technical prowess and ambitious mindset. Sherris says. “People reach out all the time asking for recreations of certain pieces they’ve seen a celebrity wearing, but the truth is I never want to be making the same thing. I’d rather make something just for them. I don’t want a million women out there wearing the same thing, I want something that you can really feel is yours.”