“I was born with broad shoulders,” Angela Missoni says, but she means—she clarifies—“responsibility comes easily to me.” Since 1997, the creative director of the eponymous Italian house—built by her parents in 1953—has channeled the brand’s history while continually transforming it. When Rosita and Ottavio instituted Missoni’s iconic space-dying technique, they unwittingly gave birth to what would become an expansive rainbow chevron empire, a multigenerational operation that’s still based in rural Italy and represented by nearly the entire family.

But it is Angela who founded Missoni Mare, the equally monumental zigzag-patterned swim collection, in 2009; “I did the first campaign with Gisele [Bündchen], which was a boooom,” she says, illustrating the explosive moment with her hands. It’s Angela, too, who launched Surface Conversion, a series of artist installations at Missoni’s New York flagship; who worked with the artist Alessandra Roveda on a crochet dream home at the 2019 Salone del Mobile (“people were coming out with a smile!”) and with Rachel Hayes on a silk-decorated runway show; who’s collaborated with Juergen Teller, Pedro Almodóvar and Kenneth Anger on photo shoots and films; who finds inspiration in everything —Jean-Michel Basquiat, her own family, a picture she saw in a restaurant bathroom. “It was two girls from the 1950s, fishing in the water. Sooner or later you’re going to see a picture of girls fishing in the swimsuit.” The accessories, the faces, the feel: when you see Missoni today, that’s Angela— and her team, she’s quick to add. “One moment might give me an idea and then I start talking to my team. I never start alone.” 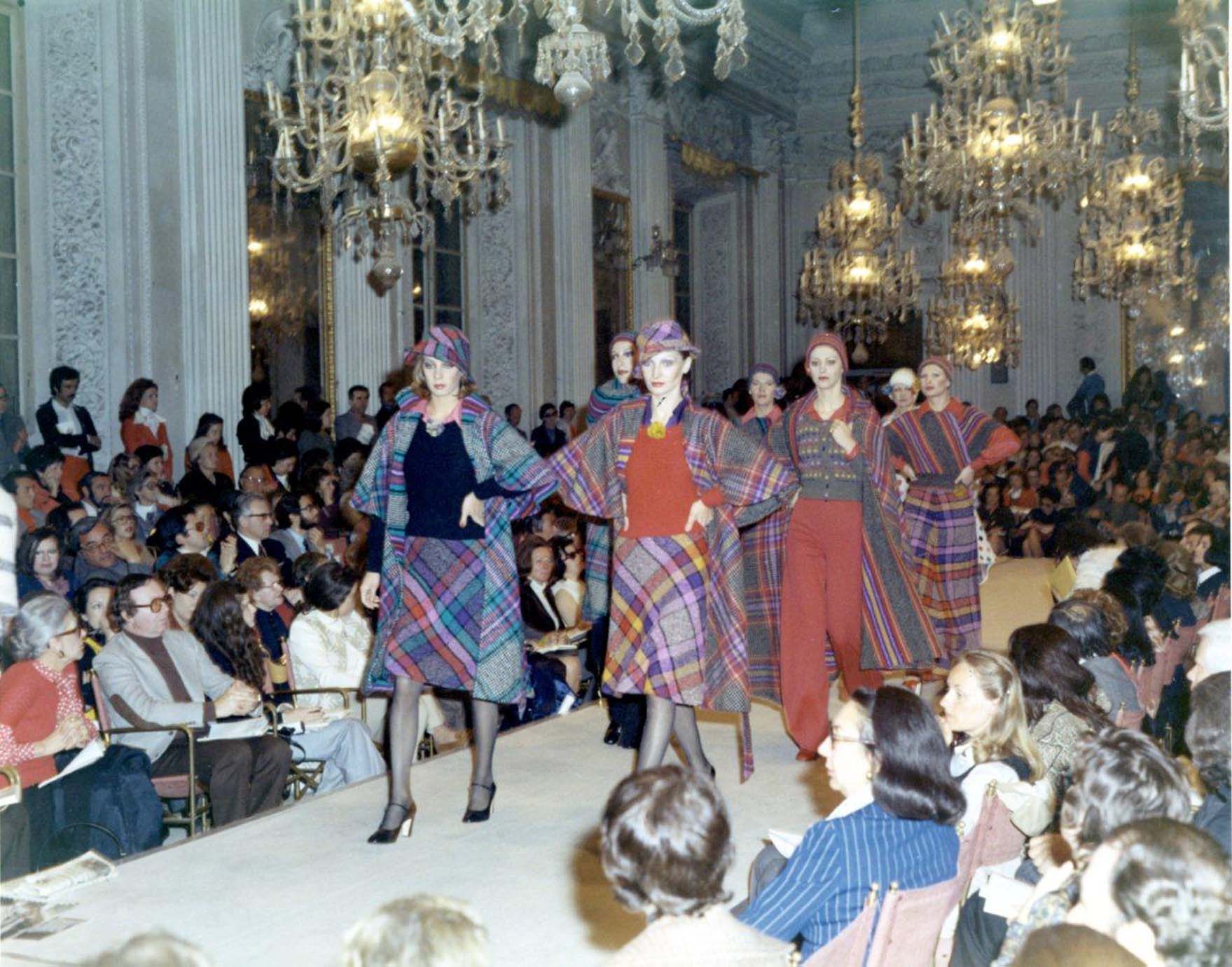 “Everything grabs my attention; I’m very curious,” she goes on. “I never research in the Missoni archive”—she doesn’t need to. “I have everything in my memory—the exact year, details on shoes, makeup. I always start new; then I make links to Missoni’s history. My parents were absolutely revolutionary. They invented a language, and I allow myself to update it. I have no fear of change.” Before meeting Angela at the newly-opened Missoni store in Miami’s Bal Harbour Shops, I am prematurely starstruck to be in the presence of someone who transformed legend into more legend, but she is kind, generous. She silently takes stock of the store’s display—it’s her first time here. This is, she explains, part of her nature, even as a child growing up in her family’s factory: “I was observing every single detail.” In 1993, while Angela was starting her own collection, “adding little patterns here and there,” Rosita took notice. “My mother asked if I ever thought of doing the main collection. She said, ‘What you’re doing now—it’s what I would like Missoni to be today.’” Angela was surprised. She relays to me her mother’s reaction after she painted a pair of shoes for her daughter, Margherita. “She said, ‘You painted these?’ I still remember the face she made.” Angela kept her artistic inclinations and ambitions private, but stepping into her new role came naturally. “A lot of people were telling me, ‘You’re very courageous.’ Was I courageous? Was it just unconscious? When you’re brave, you never know exactly how you really felt.”

When Angela became creative director, now over two decades ago, she became part of an increasingly fast-paced industry. Today, designers churn out multiple collections a year and sustainability, even as it becomes a dire need, is compounded. But Missoni is naturally sustainable. “We’re produced in North Italy, in one region,” says Angela, and the brand continually upcycles. “Everything seems so fast now, but this generation’s continuous consumption is slowing down. I think Missoni has values appreciated by a younger generation. It’s not just a name to sell—it’s not a fast-consumption product. It has longevity.” I linger at the shop, where Angela begins quietly rearranging merchandise, grouping particular items. “You think you’re confident in what you’re doing, but I always push myself into the next gear,” she’d told me, moments before. “I have to go further.”