Filmed mostly on the outskirts of Ho Chi Minh City, Tyrant Star—which Diane Severin Nguyen created while enrolled in an MFA program at Bard—is a series of meticulously constructed shots of a landscape that is unnaturally alive and perpetually in motion: a garden that rustles more than it should. A plastic bag breathing in the woods. Money that burns green and violet. Nearly everything is theatrical; when you see two leaves brushing together, there’s probably somebody moving them behind the scenes. Male and female voices recite a sort of magical realist love poetry to one another: “My love for you is deep-aching, endless. Tomorrow, if we should drift apart, I shall find you by this picture.” The film climaxes with a Vietnamese girl in her early 20s singing a karaoke version of Simon and Garfunkel’s “The Sound of Silence” in her house. Colored LED lights dance and spin across her, drawing symbols on her skin. A breeze blows through her hair. Nguyen found this aspiring star on YouTube and taught her the song. “I think it’s interesting,” she says, “to work with the inherently photographable subject”—in this case, a girl who wants so much to be a star that she is, in a sense, always posing for a camera. 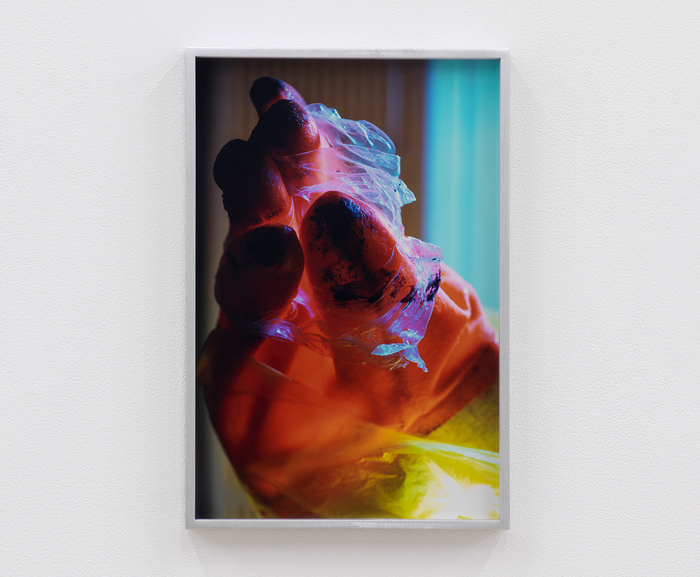 When we speak, Nguyen is in Hong Kong working on a show for Empty Gallery. She’s gathering material from the food markets and the streets for a new series of photographs. Her pictures, while not quite abstract (she doesn’t think a photograph can ever be truly abstract), are always playing with ideas of abstraction. They’re dank, abject, magical, alien mysteries. They don’t look like anybody else’s photographs. Often, it’s very hard to tell what one’s looking at. These photographs are of constructed, precarious scenarios—most of which, she says, could fit in the palm of your hand—and frequently involve a substance that degrades quickly, that’s flowing away, or that’s set on fire. Having set in motion a process of transformation, she then captures its turn in a photograph: not a purely sculptural form, not a sensuously painterly use of lighting, but a decisive moment.