While in Paris… Ten Shows

The FIAC art fair runs from October 17 to 20 in the Grand Palais this year. It’s always a mad week. Here’s our pick of the off-site shows to see while you’re there.

Katinka Bock at Lafayette Anticipations October 9, 2019 to January 5, 2020 German artist Katinka Bock takes possession of all three floors of the Lafayette Foundation with her abstract, massive and brutal objects. Recommended for lovers of brainy, non-spectacular and arte povera-inspired work. 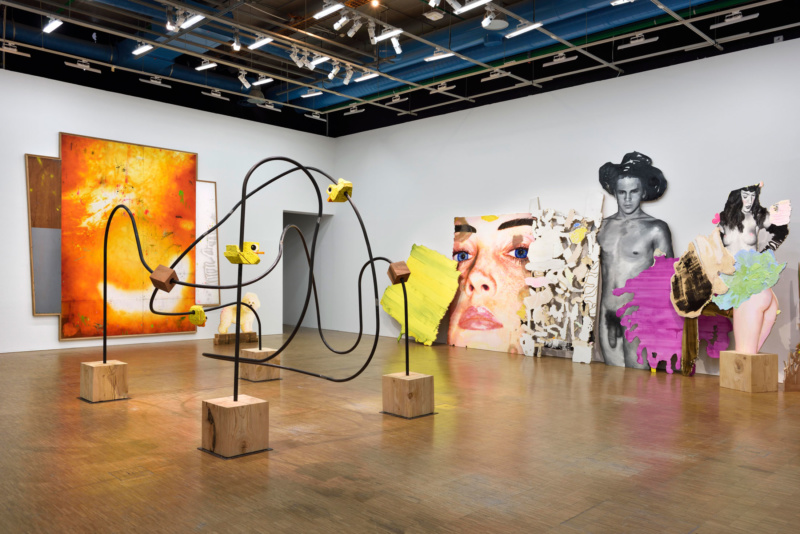 Marcel Duchamp Prize at Centre Pompidou October 9, 2019 to January 6, 2020 The Marcel Duchamp Prize’s 2019 nominees are clearly divided between conceptualists andrealists: filmmaker Éric Baudelaire (videos of landscapes) and Katinka Bock belong to the first category, while Marguerite Humeau (large white sculptures of prehistoric animals) and the painting duo of Ida Tursic and Wilfried Mille belong to the second. With their large frivolous, colorful and kitschy photorealistic nudes, Tursic and Mille are the popular favorites. 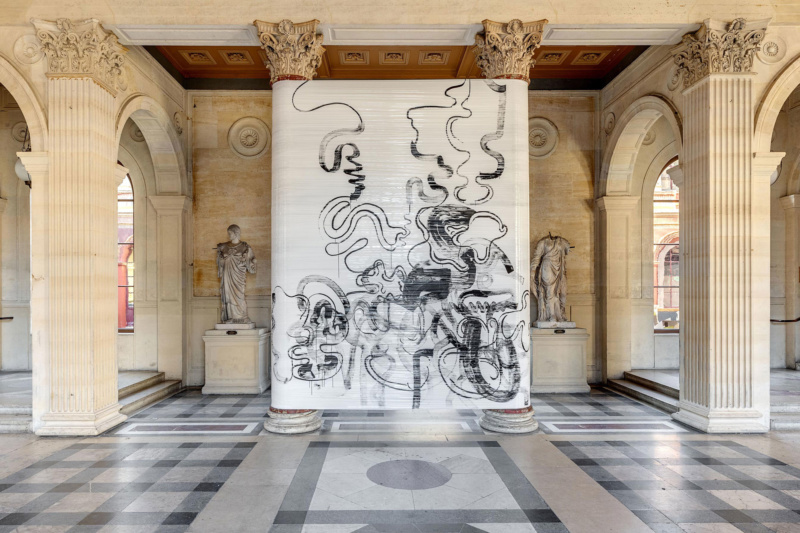 Mona Hatoum at Galerie Chantal Crousel October 12 to November 23, 2019 Mona Hatoum’s highly political show at Galerie Chantal Crousel offers a counterpoint to the festive FIAC season. Born in Beirut to Palestinian parents, the London-based sculptor speaks about the endless Middle Eastern wars through a series of spherical objects resembling anti-tank hedgehogs, made from iron rods, concrete and sand, as well as human hair. And the exhibition’s timing feels appropriate: a couple of days before its opening, the Turkish army once again invaded Syria.

Der Ring at Artemis Fontana October 12 to late November, 2019 In her Artemis Fontana off-space in the trendy but not yet unaffordably expensive 11th arrondissement, artist and chef Pauline Beaudemont arranges a group show that’s likewise situated on the border between two mediums: visual arts and jewelry. As a curator, she likes to work with artists who share her biting sense of humor; among them, her namesake Pauline Curnier-Jardin, whose necklace of cigarette butts stained with lipstick is something of a masterpiece.

Raymond Pettibon at David Zwirner Paris October 16 to November 23, 2019 A few years later than Gagosian, and a few months earlier than White Cube, another mega gallery opens a branch in Paris. Moving into a majestic space in the heart of the Marais art district, Zwirner starts his French endeavor with a show by Raymond Pettibon, who’s been with the gallery since the mid 1990s. The Arizona-born artist brings to Paris a series of his caricatures of American mass culture, New Yorkers’ bohemian habits and European art history. Among their characters: Picasso depicted as a green pea pod.

“Futur, ancien, fugitif” at Palais de Tokyo October 16, 2019 to January 5, 2020 The first show of the Palais under Emma Lavigne, its new director, is the fruit of long curatorial research across France. Conceived as an “intentionally non-comprehensive” survey of the national art scene, “Futur, ancien, fugitif” intends to give voice to regional artists, as well as to underrepresented mediums and styles. Among its highlights: large naïve paintings by Carlotta Bailly-Borg, liquid rubber meteorite-like installations by Agata Ingarden and Nils Alix-Tabeling’s gargoyle-esque sculptures.