You graduate from art school. You get a job for money, maybe three. The tedium lasts longer than you first imagined and you wonder if you are really an artist, writer, musician after all. Then one of your friends is legitimized by an exhibition at a real gallery and panic sets in. You buy a shirt the day of the opening to prop yourself up and wear it out of the shop. You realize too late it still has a metal detector affixed. You fidget with the tag all evening in increasing haste when your legitimized artist friend comes over to bemoan your former roommate’s penchant for petty theft. At the worst moment—they are fetching you the show’s curator for a potentially lucrative introduction—the blue ink heart of the security device bursts, misting their minimalist white composition, ruining it along with your chances of being discovered this evening as anything other than a klutz.

This is one of the many fumbles that colorize Broad City, a Comedy Central show, anchored by Abbi Abrams and Ilana Wexler—two barely fictional, New York-based 20-somethings trying to find their way into the city’s creative Milky Way. The gallery accident is among several art world trips built into Broad City’s narrative thanks to Abrams’ character, an aspiring illustrator hustling for her big New York break. All this to say: I could relate by episode one.

The 2014 debut of Broad City on Comedy Central coincided with my first two years in New York, years in which I experienced my own financial, romantic and professional struggles including a series of firings for impertinence, scandalous dressing and a closet full of auction catalogues I emptied into the recycling rather than sorting. This left lots of time for binge-watching television. It turns out being a freelance writer who dabbles in fashion and culture is nothing like Sex and the City or Girls. Money keeps you up at night, and in Broad City, I found an honesty in the absurdity and desperation of Abrams’ art world designs as she mops the pubic hairs off the floor of a fictionalized Equinox bathroom, dreaming of recognition. I followed their first season of misadventures diligently from my parents’ Hulu account in the apartment mostly paid for by my soon-to-be ex-boyfriend while writing round-ups of lipsticks I couldn’t afford for W magazine. I idolized Ilana and Abbi’s sincere desire to see their vision through without losing the ability to see the humor in the climb and its disappointments.

Now safely cemented on the other side of fame’s glittering shores, Abbi Jacobson and Ilana Glazer, the writers, producers, stars and inspiration behind Broad City, laugh. We are seated in a dining room on the Upper East Side, surrounded by an impressive Isa Genzken light-years away from the first episodes of Broad City, which were written and filmed in the gaps of a day-job carousel. “We were doing comedy and seeing what was there to be made,” Glazer says of the time. Her odds and ends included babysitting, social media managing, and transcribing DVD interviews for VH1; Jacobson worked in a bakery, and both did their time in food service. “It’s funny to say in a place like this but looking back, we feel lucky that our parents cut us off because it created this box. It created parameters for our lifestyle and our creativity. It made our art urgent.”

Produced on a shoestring and often after dark a decade ago, the first web episodes of Broad City drew on the directors’ experiences dealing with rejection and the hierarchical opacity of the art and film worlds. “The pursuit of art on the show for my character is so similar to my pursuit of art in real life,” Jacobson says. “The art and film worlds are such daunting environments in which to try to make it. I think part of the reason people liked Broad City is because it was this meta-experience of the characters being sincere, and we are. This friendship is completely real and it shows.”

I concur. Even sitting across from Glazer and Jacobson, I find myself being forced to remember that their lives and relationships are indeed separate from the characters they play. “There’s so much coyness and irony these days,” Glazer adds, piggybacking on Jacobson. “I love how Abbi’s character really just wants to be a successful artist. She’s not pretending that she doesn’t, she’s really trying, which I really relate to our real selves and our journey to make Broad City.”

Certainly for Jacobson and Glazer, a combination of unabashed earnestness and sweat equity paid off. Over the course of the next four years, Broad City evolved from a web series into an official pilot, which was then picked up by Comedy Central where it gained a cult following over the course of four seasons. In January, they launched their fifth and final season—a choice the producers made in an effort not to vitiate what they’d set in motion. “I feel like we’ve raised these kids, Abbi Abrams and Ilana Wexler, and we’re sending them to college,” Glazer says. “We didn’t want to just go until it got canceled. We wanted to choose to end it so that it could end as strong as possible. We chose this ending to honor the characters.” “People think about the last episode a lot,” Jacobson chimes in.

They don’t reveal many spoilers during our discussion, but they do mention that the characters visit MoMA. “I got to go there when it was completely empty,” Jacobson brags with a smile. Last year, she created a 10-episode podcast series for the institution in collaboration with WYNC called A Piece of Work, in which she unpacked specific objects from the collection with other celebrities, curators and artists. In her mind, the podcast’s mission was to reach out to those who might feel lost in the white cube. “If you didn’t grow up with art or you didn’t go to art school, you feel like an idiot going in to look at something you don’t understand. I love that I got the opportunity to pull all that apart,” Jacobson explains. “Someone can tell you the history of the artist’s life, but when you look at it, it’s totally about your experience. I wanted to give people permission to form their own opinions while learning about the history without shame.”

Yet she winces when I refer to her as an artist in conversation, a subtlety Glazer immediately clocks and addresses: “Of course you are! I’ve always appreciated that Abbi’s art school experience allowed me to consider myself an artist, because that couldn’t have happened in another partnership. I always felt discounted and now that the show is ending, I think I have some space to be like, ‘Fuck no, I am an artist.‘”

I draw comparisons to fine art contemporaries like Bailey Scieszka and Casey Jane Ellison, who play versions of themselves in both scripted and improvisational performances in galleries and museums. These institutions might seem daunting at first, but even their audience and expectations are shifting, as exemplified by Jacobson’s collaboration with an institution like MoMA and the soon-to-open Shed in Hudson Yards.

If Björk and Pipilotti Rist can occupy the same galleries, I can close my eyes and imagine a future where shows like Broad City, Strangers with Candy and Mister Rogers’ Neighborhood (please) could too. “I think comedy is considered a lower art form because it’s more accessible, but I think accessibility is a badge of honor and inaccessibility is a sham,” says Glazer. “I’m so proud to fill the space that we have. I actually think Abbi in the show is also worried about calling herself an artist because she’s not legitimized by any of those systems. We deal with that this season because it’s something we struggle with as writers and producers.”

The next chapter for both Glazer and Jacobson will include the production of narratives other than their own. They are working together and individually on producing several shows and specials, including two for Comedy Central, one live action and one animated. “It’s so interesting to use what I’ve learned from Broad City to ask the right questions in order to figure out the best way to help that person tell their story,” Jacobson says. “It’s a whole other set of tools and it’s rewarding to work on narratives you otherwise would have no access too.”

I ask them if they are nervous to start over after a decade of dedication to Broad City. “It’s like we’ve been in this Broad City hole and now that I’m seeing it is really over, I’m able to observe the space between Ilana Wexler and Ilana Glazer. I feel like I gotta go out there to fill and inspect that gap,” Glazer says. “For now that means I need to be in the streets to see what is out there. I haven’t been on a listening tour in years. It’s the only way to build on what we’ve done.”

I try to obey, tuning into my neighbors on the subway ride home. I see a strange adult man tell a little girl in a tutu she isn’t a princess. She bops him on the head with her wand. A poster for Hilma af Klint’s fantastical Guggenheim show is behind them and I laugh at the symmetry. Like all great artworks, Broad City has refined my ability to see. 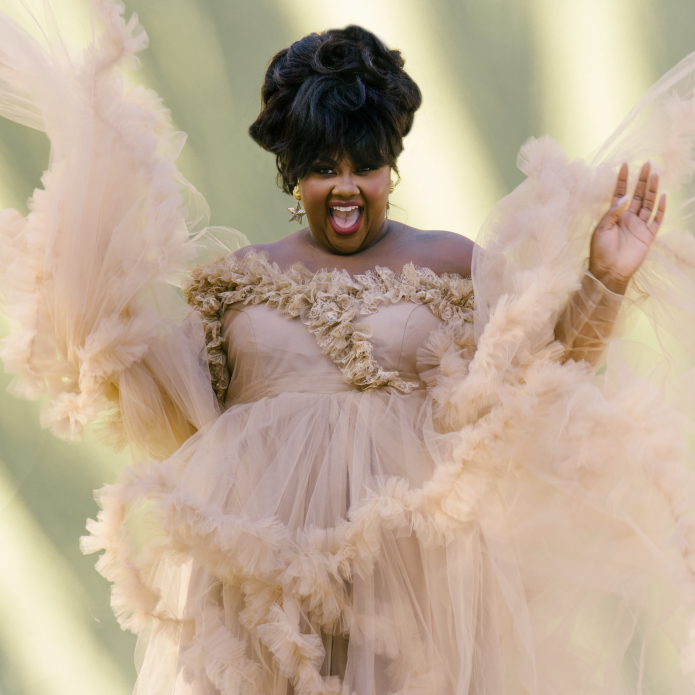 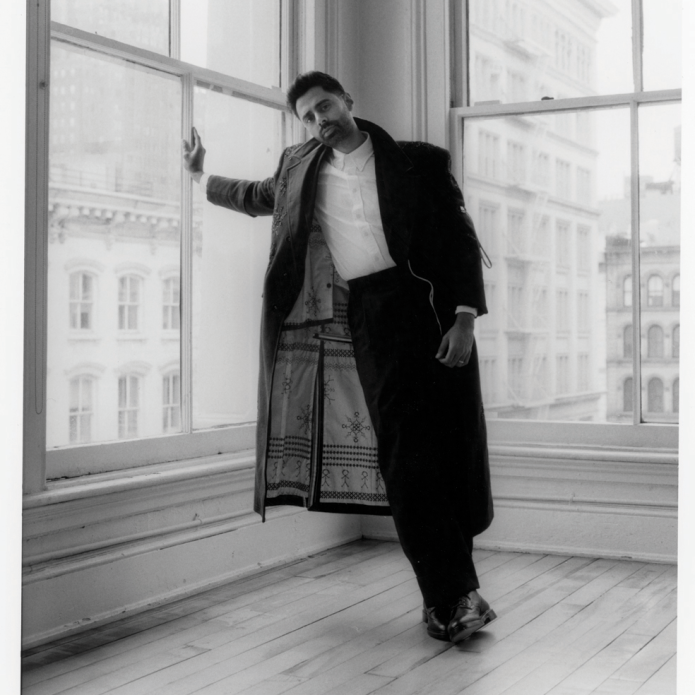 Hasan Minhaj Is Building with Light 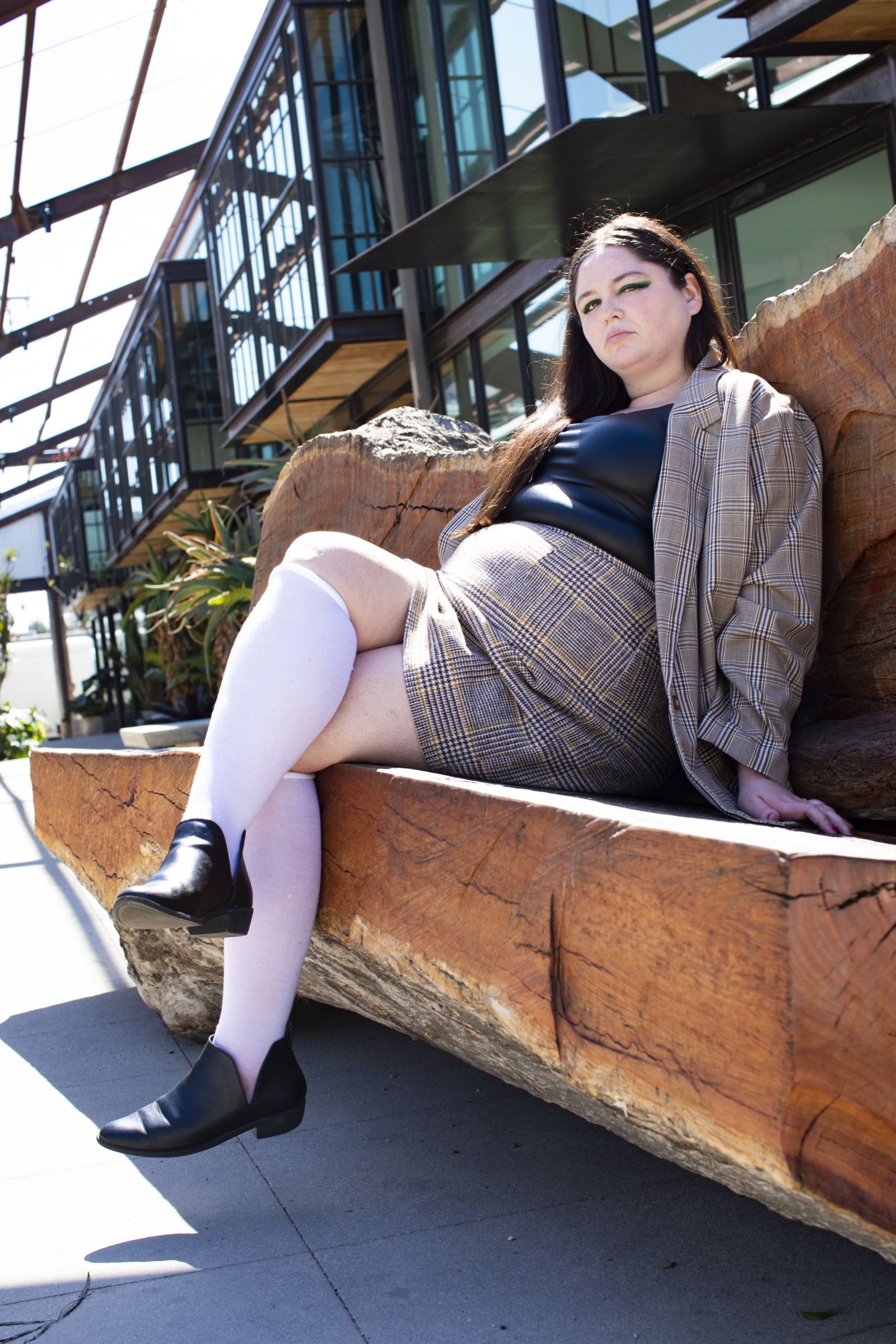