Visitors to The Sunday Painter opening this Thursday will find themselves within the darkened confines of a theater. Some of faces on screen will mirror those in the crowd. This ghostly coordination is a function of artist Rob Chavasse’s new show, “The Gallerist,” which excavates the intimate relationship between dealer and artist through footage of Chavasse and gallery co-founder Will Jarvis’ teenage years.

Installed as singular statement, The Gallerist tackles the nepotism of the art world head on but not with the cynicism one might imagine. Chavasse’s personal narrative reveals the tenderness of interdependency and the labor and trust it requires. “This is a work that is coming from his intuition,” Jarvis says, who appears over and over in the film, as a “goofy pre-pubescent’ face against the unidentifiable suburbs. He continues: “It reveals the power of friendship and history in a social market. There is something quite sweet about it, it doesn’t come from an angry place but rather a desire to reveal the flux of a friendship.” 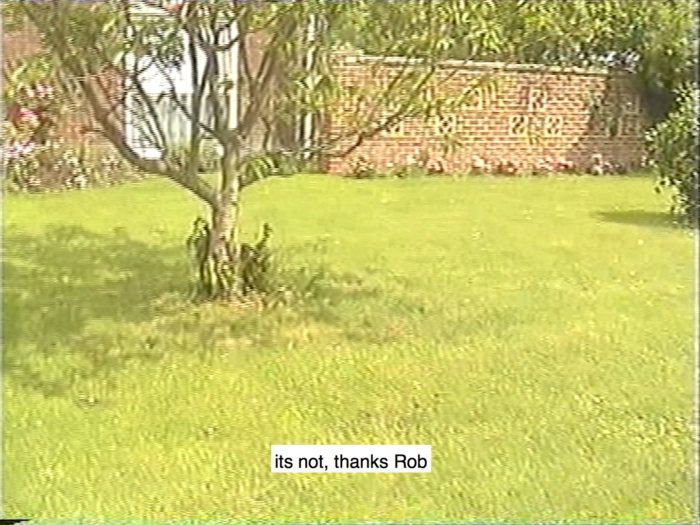 Those less indoctrinated into the politics of the art world will be able to anchor themselves in the nostalgic aesthetics of Chavasse video, a grainy VHS era where kids were still manufacturing their own fun.

Shot by ambitious amateurs, the films disobey their original documentary purposes (skateboarding tricks, parties and travel) within the context of Chavasse’s new film. “The action isn’t the action,” Jarvis explains. “It’s what’s happening on the periphery that becomes the message. We didn’t know what we were creating but Rob pulls it out in a way that I think is very poetic.”

Like Chavasse’s past installations, which have included a reversal of a gallery’s architectural innards and an unassuming socket with the potential to disrupt an entire art fair, The Gallerist puts a personal onus on Jarvis and his colleagues to participate actively in the life and maintenance of a work. “Our position with the program is that we there is always a potential to fail,” Jarvis says. “This is what gives our work meaning. It’s important that artists and gallerists are willing to take risks. If commitment it costs a little personal shame, so be it.”