Sarah Harrelson: What was your biggest challenge of the pandemic?

Alex Wolff: I really did miss being around people. I’m a social person and I think it really took more of a toll on me than I realized. Not even just the staying inside, because I can do that. I’m such a film lover. I’m an obsessive cinephile. I watched two movies a day or something and even as great as that was, I did feel a huge piece missing from my life.

SH: Now I have to ask what’s your favorite film?

SH: What’s the last thing that you watched that inspired you?

AW: I always was a Bergman fan and I’ve now pretty much polished off the list. I’ve also recently got into Éric Rohmer, who everybody else had watched a lot of. I hadn’t, and now I’ve watched every single one. His movie My Night at Maud’s (1969) really hit me. 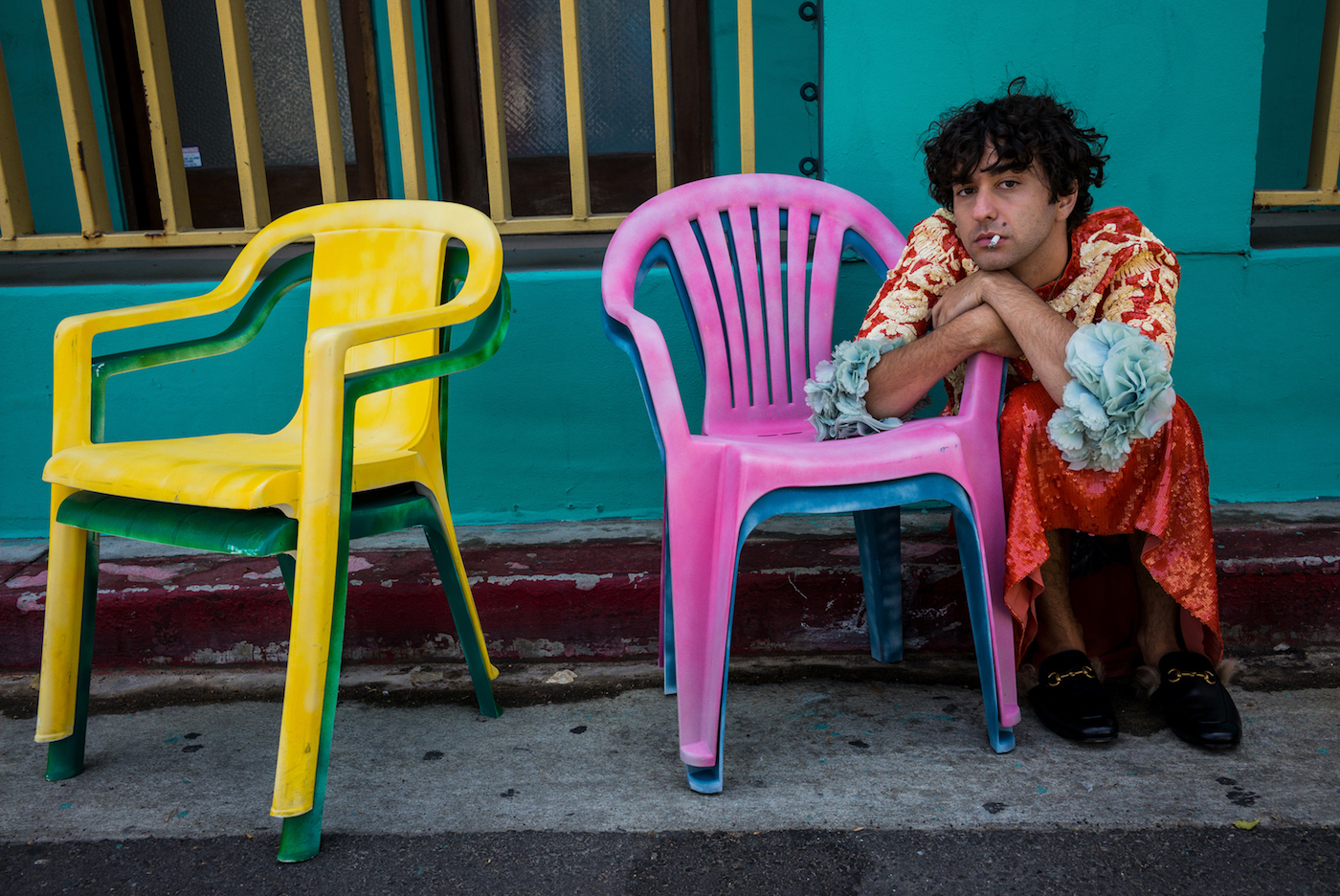 SH: You have a movie coming out soon, Old. What was the greatest lesson you learned from working with M. Night Shyamalan?

AW: When you bring a lot of enthusiasm to your work, it inspires other people to as well. There is a trend among everybody, especially young directors, that it’s cool to be apathetic. I liked how Night was just unabashedly enthusiastic about his own writing and about his shots. He would get so excited if you did a good job. He’d get really upset if you did a bad job. For me, that’s how I like to work.

SH: What else can you tell us about the movie?

AW: I wear a Gucci dress in the movie. This is my second Gucci dress...

SH: Favorite quality in a human?

AW: Good nails. He says with a wink.

SH: I’m going to hide mine.

AW: Then I think I’m going amend my answer to say vulnerability.

SH: Gucci is celebrating its 100-year anniversary. How would you celebrate your 100th birthday?

AW: A game of Russian roulette.

Naama Tsabar Fuses Music and Sculpture, with Her Audience’s Help