The first black woman to receive the best director prize at Sundance, Garrett Bradley makes films that look forward as they look back.

It’s the 19th of December, the morning after her first solo show “American Rhapsody” opened at the Contemporary Arts Museum Houston, and I’m picturing Garrett Bradley taking my call from the top of a ladder, or the peak of a mountain. Houston is pretty flat, but wherever she is, Bradley is taking in the view. “It’s been a crazy, amazing year,” she says on the phone, reflecting on twelve months of lauded screenings and awards. Her 30-minute film America (2019), which screened at Sundance Film Festival, New Orleans Museum of Art and Brooklyn Academy of Music, is now on view as a multi-channel installation in Houston through March, along with her two other most recent works, AKA (2019), included in the 2019 Whitney Biennial, and Alone (2017).

America includes never-released clips from Lime Kiln Club Field Day (1913), the oldest surviving film with an all-black cast that was discovered, unfinished, in the Library of Congress archives a few years ago. Says Bradley, “there is so much beauty and leisure in the film,” which was shot by an interracial production crew led by actor and director Bert Williams and shows the festive celebrations of a fictional black social club. “To me, that was a really amazing and a rare opportunity to look back at a film from that early on and not be met with trauma,” Bradley says. “I really feel like beauty is just as inspiring and motivating for us to create change.”

Interspersed with the archival footage are Bradley’s own clips: twelve vignettes shot in high-contrast black-and-white 35mm film that include modern-day Buffalo Soldiers, a New Orleans horse riding club that commemorates the black cavalry soldiers of the Civil War. Blanketed with the ambient sounds of children laughing and distant police sirens, other shots depict gentle yet stoic-looking characters, such as slow-motion sprinters in the dark and a girl daydreaming at a kitchen table. Mid-century costumes and props, as well as swiveling camera angles and double exposures, create a disorienting relationship to time. Several scenes are linked together with the motif of a white cloth: trampled, ripped, used in a baptism, waved as a flag and hung out to dry. Like a cloth fluttering in the sun, America seems to float in and out of history. The effect is cryptic yet resonant, hinting at a deep melancholy that is pulled along with the peaceful breeze.

According to the Library of Congress, more than 9,000 silent films of 11,000 released between 1912-1929 no longer exist in their original format; most have been lost forever. Compared to degradable nitrate, and even to digital files, 35mm film is still the most reliable format, in Bradley’s view. “I shot on 35mm film because a lot of that project was about an archive and the lack of an archive,” she explains. “For me, America is a prompt, an assumption and a jumping-off point.” Test prints from America have been donated to the collection of the Library of Congress not only as a gesture to remedy the lack of black films from that time period, but also as a hopeful project for the future. When screened at institutions, the filmmaker is excited about the educational programming that can accompany and expand the work, prompting young people to make their own films and contribute to a new archive. 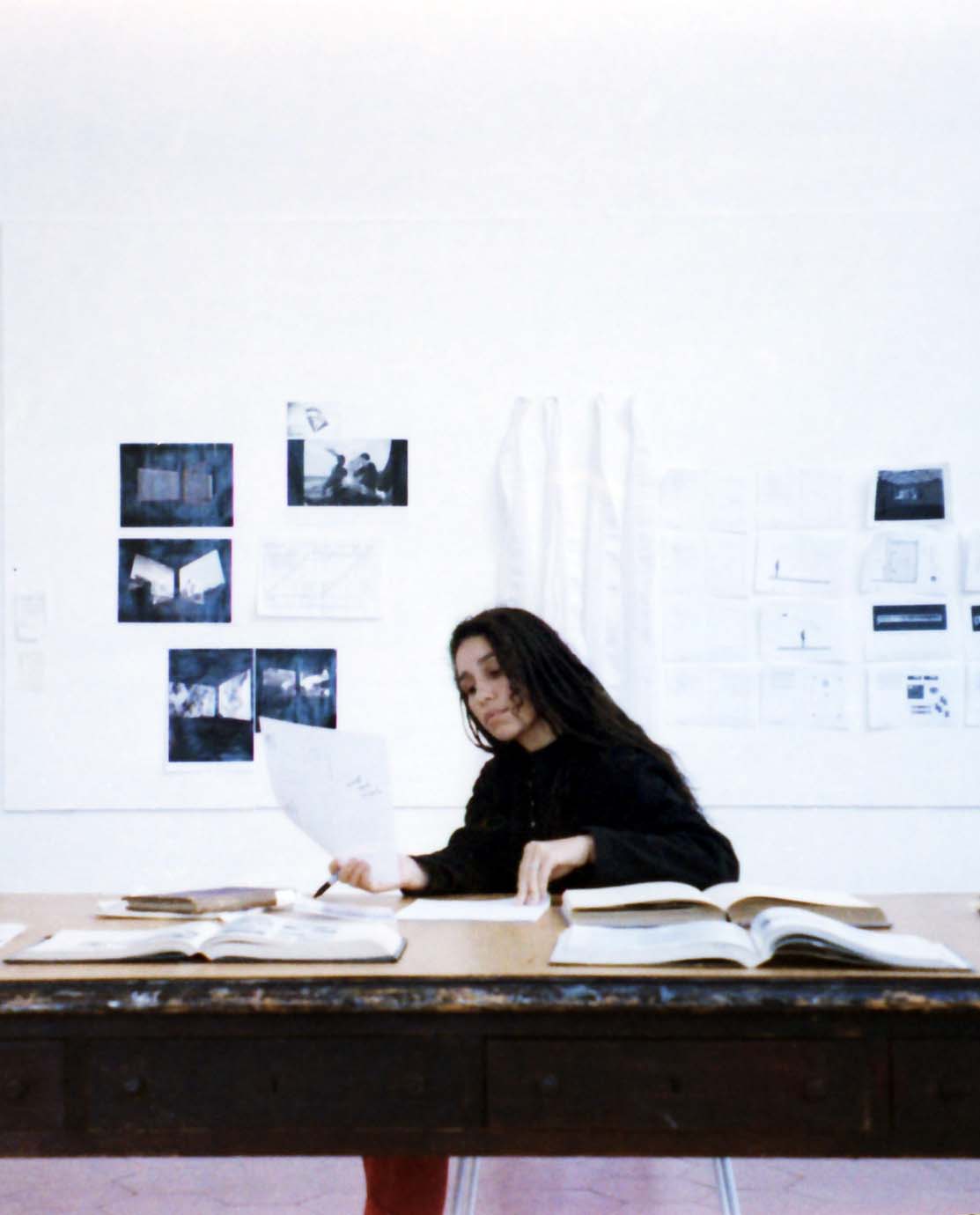 The daughter of two painters, Suzanne McClelland and Peter Bradley, the filmmaker grew up with an understanding that process is an art in itself. “I’ve been making little films since I was in high school,” Bradley says, both as a way to express herself and to make money documenting events like concerts. Despite struggling with dyslexia in school, she quickly learned she had a knack for the language of film. At 16, she won her first award in a Quaker film festival after the encouragement of a teacher, and “I’ve never done anything else” since.

Bradley is headed back to Rome this spring, her current base after winning the Rome Prize last year. “I’m thinking a lot about monument building,” she says of ancient Roman monuments as well as those of the American South. But before she leaves America for a while, she’s stopping in her hometown of New York City. On January 9th, she screened a two-channel clip from America as part of a program at MoMA PS1 celebrating Wayward Lives, Beautiful Experiments, Saidiya Hartman’s recent book about the changing lives of young black women in the early 20th century. The book is written in a verb tense reminiscent of Bradley’s filmic style: hitting multiple registers at once, grounded in sharp detail yet floating in a dream-space. At PS1, Hartman describes her text by saying, “imagine that which cannot be verified,” and there is almost no better description of Bradley’s America as it relates to a lost archive.

Bradley had the chance to riff on another, more intimate archive in her newest work, Time, for which she was awarded best director at Sundance. It follows a New Orleans woman named Fox Rich, whose husband was given a life sentence after they robbed a bank together in the 1990s. “The film for me is about what the system forces people to do in order to survive and overcome,” Bradley says. On their last day of shooting, Rich handed Bradley 21 years’ worth of home videos, some of which were incorporated into the final cut. The filmmaker’s interest in making Time was to explore stories of incarceration “from a black, female and feminist perspective,” reflecting on what she sees as a lack of these viewpoints in the mainstream. “But of course,” she says, “there is no single perspective.” It’s about time we see that.