Because I know that the artist Anicka Yi tends to treat her installations like stage sets in a larger drama of ideas, I can’t help regarding the array of beakers, flasks, and graduated cylinders disturbing the ordinariness of her otherwise unremarkable Queens apartment as a key to who she is. Like those installations, the collection is at once an offbeat, decorative display and a functional set of investigative equipment. Or might it serve another, related pursuit for which she’s known, concocting perfumes. Or both: for Yi artmaking and perfume creation are intimately related, each permeates the other.

Indeed, as an artist Yi is distinguished by sculpting in scents. And though it is an unlikely medium, scent, she points out, has volume; it fills space, but does so in a way that is amorphous and, paradoxically for visual art, completely eludes the eye. Focusing on smell is, she says, “a way to address our ocular-centric society, our dependence on the ocular in art, and it’s a way of protesting the idea that objects should last hundreds of years.” Yet, as with the glassware in the cabinet, the installations from which these fragrances emanate are often beautiful to look at.

Such paradoxes are, it seems to me, the honey that draws so many of us to her work. They also form the crux of her considerable success, which came to a head last fall, when Yi won the 2016 Hugo Boss Prize.

She has invited me to her home, rather than to her studio, so as not to reveal too much about the prize’s accompanying exhibition, which opens on April 21 at the Guggenheim in New York, since the show is still revealing itself to her. “A lot of my work incorporates pretty volatile and unstable materials,” she explains, “and it doesn’t always manifest the way it starts out.” If Yi is an experimental artist, it is in part because she tends to collaborate with such unruly partners as yeast and fungi. For example, her 2015 exhibition “You Can Call Me F,” at The Kitchen in New York, entailed collecting bacteria samples from the mouths, vaginas and other microbe-rich environments of one hundred women and growing them in giant petri dishes. Yi couldn’t know in advance what these bacterial “paintings” would end up looking like, nor could she determine beforehand their most important attribute, their odor. 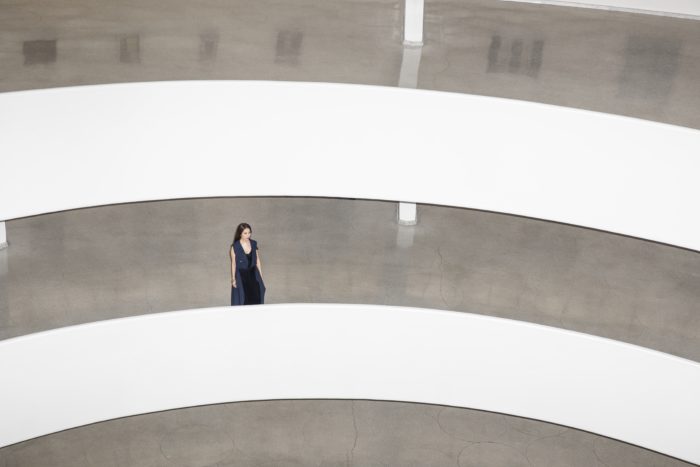 Still, though they float free of Yi’s intentions in some respects, her works remain grounded in language. For all her attention to science, scent and microorganisms, Yi regards these as mere tools in the service of narrative. Indeed, instead of drawing on a sketch pad to engender her pieces, she writes in a notebook. “It’s like producing a script for an exhibition,” she says. Yi’s longtime friend and gallerist, Margaret Lee, of 47 Canal, describes this process as, “writing a long series of novels that are tangentially connected, with an overarching plot that keeps revealing itself with each work she makes.” Yet these aren’t stories in a conventional sense, rather they are perhaps better understood as the conceptual framework that gives life to the work or the dramaturgy that structures her shows.

During a talk for art-school students, Yi delineated the narrative of “You Can Call Me F” as a response to public fears about the Ebola virus and other contagions and, at the same time, as a way to ask “why females don’t help each other more.” Katherine Brinson, curator of the Hugo Boss Prize exhibition, points out that Yi’s work “is embedded with these rich, nuanced narratives about human relationships. There’s a really interesting thread about loss, not just mortality and death, which is a key presence in the work, but also emotional loss.” The female bacteria colony will be contaminated by other bacteria and die; the odors it gives off will disperse.

Brinson adds that Yi’s efforts are trenchantly, though obliquely political: the bacterial colonies evoke the threat of female networks, for instance. Yi herself sees even her choice of materials as having political import. Lasting, monumental objects hewn from hard materials that one must master (bend, carve, cut) are, Yi says, “rooted in a very masculine tradition,” one she is intent on upending. She achieves this revolution, this protest, by working with ephemeral materials that she can’t entirely control, like the bacteria and kombucha leather.

Speaking with her friends and colleagues, I get the sense that Yi’s boldness in approaching art from such unconventional byways as scent and the strange things that produce it has everything to do with how she came to making work in the first place. Born in 1971 in Korea, she was raised in Florida, Alabama and California. She never studied art. “People like me don’t really exist in my milieu,” Yi tells me. “Everybody has a degree in something, mostly art, and they started out at a very young age having the certification to be an artist.” Yi took courses in film theory at Hunter College and UCLA but left both without a degree. “I just wanted to be a vagabond,” she says. After leaving school, she spent several years in London writing and working various jobs before returning to New York. That period, the nineties, before she began making art, was at once difficult and formative. “I struggled for a long time. It was punishing, not having that identity or vocation in place. It was lonely and alienating—but I wouldn’t change any of it.” 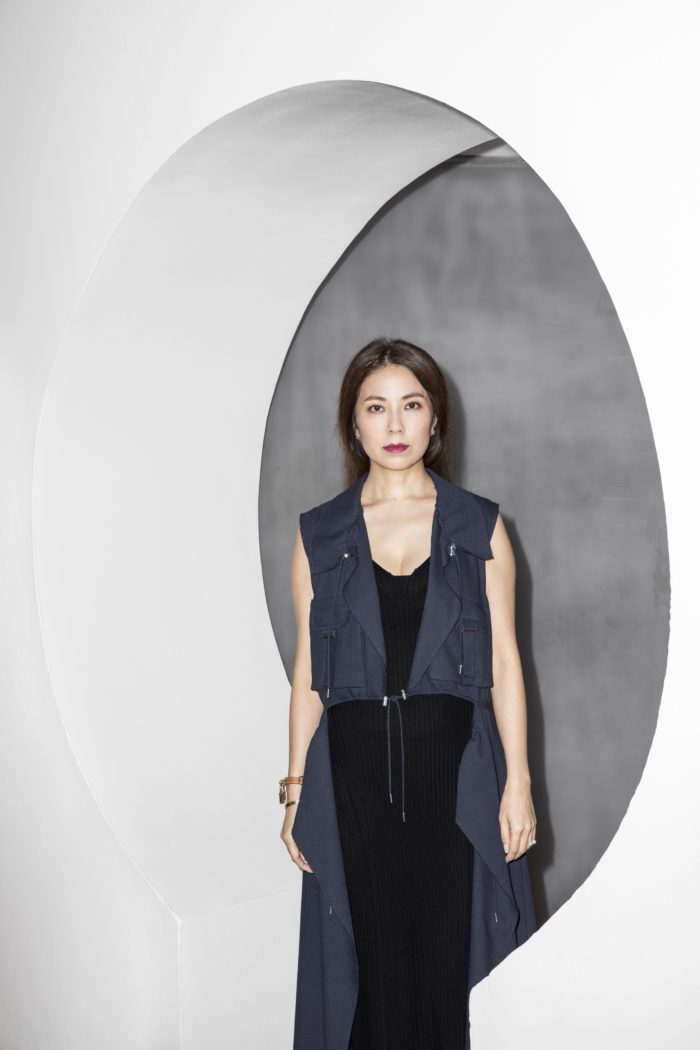 Indeed, Yi remains wary even of the title artist: “it’s just a job description,” she says. Some days she might be more accurately described as a perfumer or a writer. Jamie Kenyon, the director of 47 Canal, cites “the many different lives she has lived,” suggesting this range of experiences sped her maturation as an artist. He points to the psychological acuity and narrative drive of Yi’s first film, a 22-minute 3-D video called The Flavor Genome, 2016, which was shot in the Amazon and is currently on view in the Whitney Biennial. Lee argues that, because Yi didn’t have to commit to a visual style or physical trademark, as one is urged to do in art school, “she does not constrain herself or see limits to what is available and usable.” She has an idea for a piece and finds ways of creating it without any preheated notions of what art ought to be. “She continues to make leaping connections, driving the narrative to more complex places while remaining cohesive, which I think few artists can do without losing themselves or their audience.”

She has expanded her practice with the stealthy grace of an aroma taking over a room. And like a powerful aroma, Yi’s work gets inside of you and, long after you’ve left it behind, it lingers in memory.