Change in the institutional air is palpable. A new kind of curator is trying to encapsulate our collective and fragmented visual culture, remaking the museum experience by giving due to a wider set of artists’ concerns, peoples and histories. They are contesting 20th-century categorization in search of a more dynamic rendering of art and life that captures what is happening both inside and outside the gallery. They are seeking to shape a museum of the 21st century. Here are 10 of the curators, who in their own words explain how they are leading that charge in the U.S., one exhibition at a time.

“In ‘A Constellation,’ I put personal art historical heroes like David Hammons and Betye Saar in space with artists from our generation who have never shown at the Studio Museum. Putting them in dialogue but also in the context of an opening or subsequent program was really important and a way for me to stretch history into the present. In terms of our generation, it’s so hard to parse what’s happening politically across a spectrum of things. It’s a really interesting, confusing time, and difficult to evaluate what’s really going on, so ‘A Constellation’ was a way for me to be able to do that. It’s like, Okay, I see other like-minded artists thinking through these things similarly or differently and they have a relationship to a civil rights history, to a sociopolitical history, and to a critical history.” 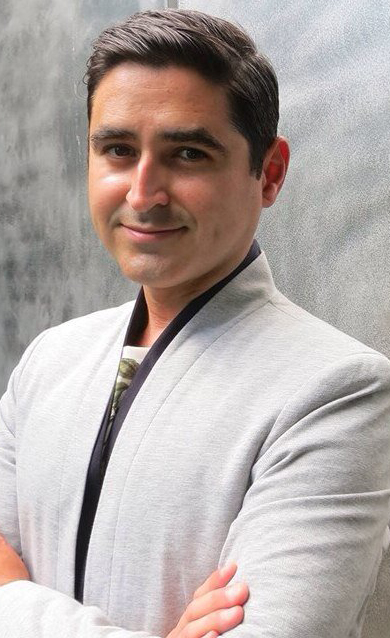 “I’m really interested in exploring my community. I am always interested in local emerging artists who are on the cusp of their careers. I am interested in firsts—their first museum show, their first time showing in a city. It’s because these artists don’t often have exposure. A lot of the exhibitions that I work on are usually a couple of years in the making. So it’s not an artist that the market is watching, it’s an artist that I had been personally invested in. Whether it’s a very modest show or a group show, or whether we are working on something that is going to be monumental or really important for their career.”

“I don’t really see myself as getting to a place where I’ll be able to identify certain strains and tendencies. If anything I want to resist that. Because times change, my interest changes, and tendencies within the art world change. It’s important to be nimble enough to reflect and respond to those. I don’t really have an agenda in terms of media, geography or historical time period. It’s really a broader approach, which is based on certain things that in an abstract way just make sense. I hope that sometimes you get it right but actually I’m fine with sometimes getting it wrong.”

“On a global level, I would say that my mission is very much artist-driven. Being a curator is very interesting because we are interstitial tissue in some ways. We are between the artist and the institution. You are the person who is there to advocate and say, ‘This is what should be, this is how we should think about it.’ I take very seriously that idea of being an advocate for the artist and the work. That’s a big part of my mission. I am extremely interested in telling the stories of people that we haven’t always seen—obviously people of color and women. Feminism is very close to my ethos as a human but also a curator, and writ large as a way to look at the world. Not necessarily in a way that says, ‘This show, this person, this woman,’ but really a reframing of how we look at the world. Talking about issues relating to race is the same thing. It’s about how we bring that to everything that we do and all the conversations that we have.” 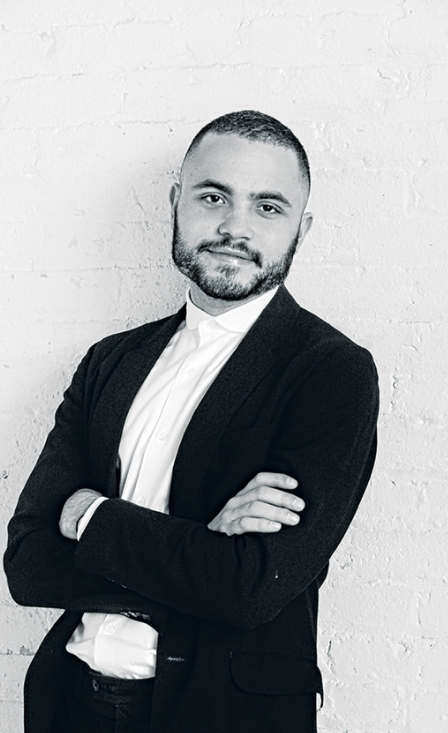 “My curatorial work began because I saw in art a space that couldn’t exist anywhere else in society. At the time that I began to focus in on art history I was interested in a set of questions that were related to social justice, to the long history of black people around the world and thinking through contestation and political struggle. I was reading many things from the history of black radical intellectual thought and realized art was the way that I wanted to engage the long arch that I was deeply fascinated by. I remember reading a quote from Fred Moten, the fantastic poet and critic, who said that politics is a debased form of aesthetics, and that totally resonated with me. There is a certain sense of possibility in terms of breaking rules and using one’s imagination that exists in a specific way in art and culture and doesn’t exist in other political forms.”

“I want the contemporary to become legible. One of the hardest things, I believe, for a greater audience is not just understanding contemporary art but literally trusting themselves to even encounter it. My first mission is becoming a meditator between an audience and the artist. Then I have a second stronger mission, which is really to champion the work of artists whom I feel need to expand the narrative we have around art both historically and in the contemporary moment. For me that mostly means working with artists of African descent. That mission is a stand-in for a larger drive, which is about making the world understand that there is more than one narrative making up the story of art. We need to push against the one accepted story of how art progresses from one movement to another or how a kind of line moves between one master to another. When in fact there have been people working in multiple media and globally who can really enrich the story of what we understand art to be now.”

Curator, PERFORMA, and Curator at

“Everything begins really instinctively. It comes through, on one level, from a very deep ethical imperative that I have. The best way I can describe that is that I would always get irritated when I read something that said, ‘Oh, this artist’s work is about art and life or art and politics.’ I thought that it was a disservice to the work, because it reduced and conflated really complicated material processes or formal concerns and certainly their own political, social, cultural and even economic reasons for creating the work. So that ethical imperative is really trying to get to the many threads that are present to allow a space for all of that to vibrate and be suspended in a way. For me, it’s important for the curatorial process to be a bit provisional—a mode of visual note taking.”

“One of the most important things for me in my practice is to engage the audience. I really try to bring the experience of art back into the realm. I specialize in immersive and experiential exhibitions, and also performance. I like bringing back this idea of act and react, because in the end art is an expression and people should react to it. I also like taking people out of their comfort zone and into an environment where they’re in a different place. Live art and performance has the power to engage and pull an audience in. That’s really the crucial outline for all the exhibitions that I do.”

“I have immersed myself in contemporary art and work with a lot of emerging artists. I wanted to take their work and figure out how to present it in a more historic context. There’s been this artificial division that’s been thrust on the world where something that’s old is historical and happened way back when, and maybe we look at it but we look at it through a microscopic lens. Then there’s the art of the last five minutes and everybody is gaga over it but they don’t necessarily want to think about how it occurs in a much larger scope or how it’s influenced by other things that are more historic. For me, I don’t really feel like I need to consider myself only a curator of historic art or only a curator of super contemporary work. For me, it’s been really special to be able to play between the two and create a space for a much longer dialogue.”

“Currently the focus is on understanding the relationship between art and citizenship and how the arts impact our vision of the society we would like to create. What did Duke Ellington say about his music? ‘My favorite song is always the next one.’ For me, the show that’s coming up is the most significant one. It will open at the Harvard Art Museums, and be called ‘Vision and Justice.’ It’s the most meaningful for me because it tightly crystalizes and synthesizes a great deal of my interests in one exhibition. The other show that was pivotal for me was curating the SITE Santa Fe Biennial in 2010. That was crucial for my own development. I was the curatorial assistant on that six years earlier, when Rob Storr curated ‘Disparities and Deformations: Our Grotesque.’ To go in six years from working for someone who was curating it to doing it myself was a huge honor. It was a way to see how a certain set of ideas is best deployed. It was the first time I saw the relationship between an idea and its form.”